“Everything is everywhere and at once” everywhere at once: Oscar nominees announced in the USA

The Academy of Motion Picture Arts and Sciences has announced the 2023 Oscar nominations. Ten films will compete for the title of best film this year - All Quiet on the Western Front, Avatar: The Way of Water, Banshee of Inisherina, Elvis, Everything Everywhere and At Once, Fabelmans, Tar, "Top Gun: Maverick", as well as "Triangle of Sorrow" and "Women Speak". Possible winners in acting categories include Colin Farrell, Cate Blanchett, Michelle Yeoh, Ana de Armas, Austin Butler and Brendan Fraser. This year, Russia has decided not to nominate the film for the International Feature Film category. Nevertheless, among the contenders in the nomination of short documentary films there is a film "Exit" by directors from Yakutia Evgenia and Maxim Arbugaev. 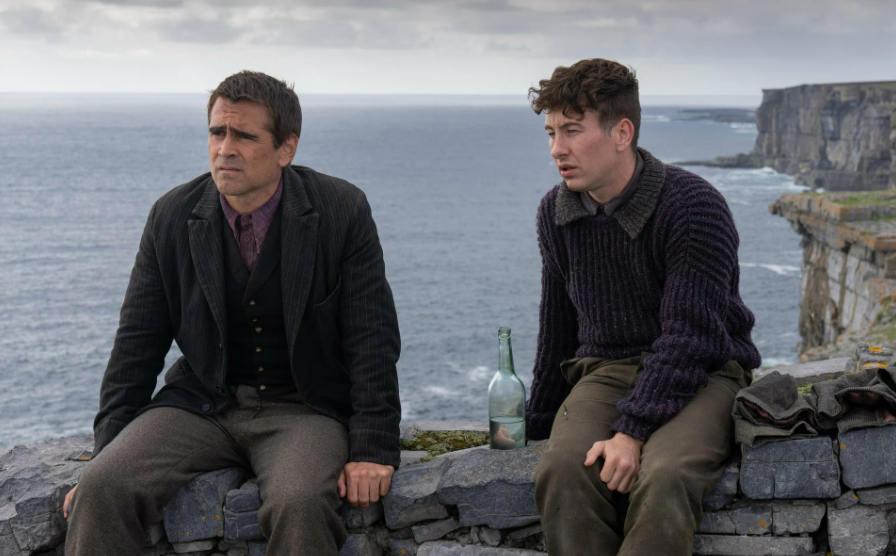 On Tuesday, January 24, the American Academy of Motion Picture Arts and Sciences announced the nominees for the 95th Academy Awards in 23 categories.

This year's leader in the number of nominations was the film "Everything is everywhere at once" directed by Dan Kwan and Daniel Scheinert - 11. The roles in the film were played by Michelle Yeoh, Jamie Lee Curtis, Stephanie Xu and others.

The film is about the owner of the laundry Evelyn, in whose hands is the fate of the multiverse.

The girl is able to move between different worlds and gain access to the skills and experience of other versions of herself.

It is she who will have to face the evil entity face to face.

The film is nominated for the award in the main category of the award - "Best Film".

In addition, the tape is presented in the acting categories.

So, Michelle Yeoh can take the award for the main female role, while Ke Hui Kuan, Jamie Lee Curtis and Stephanie Xu - for minor roles.

The project will also compete for the prize for the best original script, director, editing, costume design, soundtrack and song.

The second place in terms of the number of nominations - nine - was taken by Martin McDonagh's "Banshee of Inisherina".

The film is about two friends living on an island in Ireland.

One of them suddenly declares that he no longer wants to communicate with the second - he has lost interest in him.

In addition to the main award, the tape claims the prize for best director, soundtrack, original script, editing.

Colin Farrell is in the nominations for Best Actor, Kerry Condon will compete for Best Supporting Actress, and Brendan Gleeson and Barry Keoghan are in the same male category.

The film "Banshee of Inisherina" has already managed to win two awards at the Venice Film Festival in 2022, as well as three statuettes at the Golden Globe 2023.

Todd Field's film about a powerful female conductor is up for Oscar nominations for original screenplay, cinematography, editing, female lead and direction.

Tape "Top Gun: Maverick", among other things, claims the award for the best adapted screenplay, sound and visual effects.

Films such as James Cameron's Avatar: The Way of the Water, Edward Berger's All Quiet on the Western Front, Baz Luhrmann's Elvis, Steven Spielberg's Fabelmans, Ruben Östlund's Triangle of Sorrows and Women Talk by Sarah Polley.

Among the leading actors, in addition to Colin Farrell, members of the academy singled out Austin Butler, who played in Elvis, Brendan Fraser ("The Whale"), Paul Mescal, who embodied the image of Calum in the film "The Sun is Mine", and Bill Nighy ("To Live") .

Russia did not nominate a domestic film for the award this year.

This decision was made by the Presidium of the National Academy of Motion Picture Arts and Sciences of Russia.

The reason was the tense political situation in the world.

Nevertheless, among the nominees there is one tape, filmed with the participation of Russian filmmakers.

In the category "Best Short Documentary Film" the film "Exit" by directors from Yakutia Evgenia and Maxim Arbugaev will compete for the statuette.

This is a film about the biologist Maxim Chakilev, who annually observes the mass migration of walruses.

Meanwhile, in the category "Best Documentary" this year, the film "Navalny", filmed by Canadian director Daniel Roer, will compete for the prize.

In addition, such films as All Beauty and Bloodshed, which won the main award at the Venice Film Festival in 2022, Everything That Breathes, Volcano of Love and House of Chips, participate in the nomination.

The prize for the best soundtrack, along with "Inisherin's Banshee" and "Everything Everywhere and At Once", is claimed by such tapes as "Babylon", "Fabelmans" and "All Quiet on the Western Front".

Rihanna's Lift Me Up from Black Panther: Wakanda Forever, Lady Gaga's Hold My Hand ("Top Gun: Maverick"), Naatu Naatu from the Indian RRR tape, This Is a Life ("Everything Everywhere and right away") and Applause from the picture "Together Now".

Before the members of the academy had time to announce the nominees, discontent rained down on them online.

The reason for this was the absence of women in the list of nominees for directing.

“After two years in a row, women filmmakers received a statuette for best director, this year they were completely excluded from this nomination,” the journalist noted.

The academy was criticized by the human rights group Women In Film (“Women in Film”), posting an appeal on Instagram *.

“The Academy jury has once again demonstrated that it does not value the voices of women by excluding us from the Best Director nomination,” the human rights activists say.

They added that being ignored at the Oscars is hurting women's careers, and that it's not just a statuette, but an award that could lead to more work and higher fees.

* Meta product, activity recognized as extremist, prohibited on the territory of Russia by decision of the Tverskoy Court of Moscow dated 03/21/2022.