Coal as an alternative to gas: why Spain will not follow the example of Germany

One of the latest consequences of the energy crisis stemming from the war in Ukraine is Germany's decision to seek refuge in coal. The country raised... 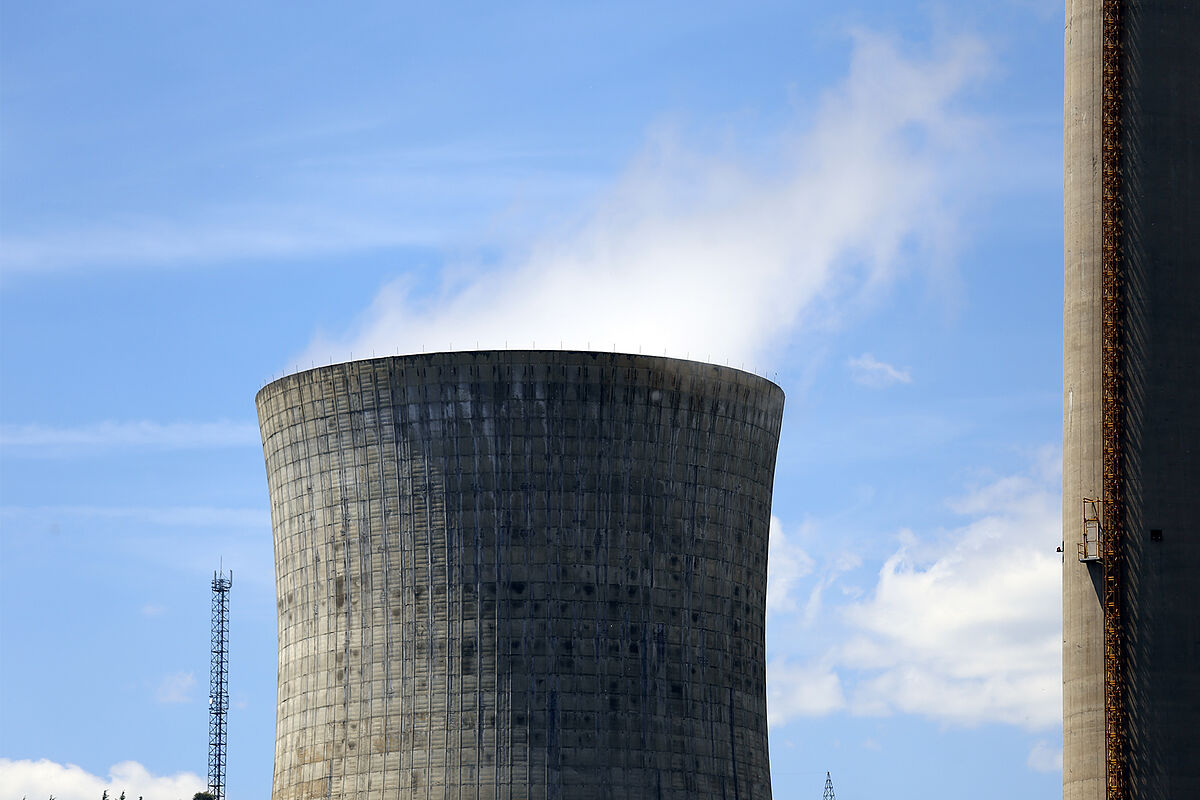 The country recently raised its alarm level and reactivated reserve plants so that the fuel serves as an alternative - more polluting and less efficient - to gas from Russia.

It is a short-term measure, but in the medium term the winter is worrying and in the long term, the 'green' transition.

This return to coal has two faces.

On the one hand, there is the almost worldwide refusal to help Vladimir Putin's government financially, in addition to the need to achieve energy sovereignty.

On the other hand, the fact that Russian companies have begun to supply gas almost with a dropper: a few weeks ago Gazprom reduced

its shipments to Germany by

What in Germany was understood as a form of pressure - the company alleged technical problems due to the lack of embargoed material - set off alarms, since the German economy depends, and a lot, on this fuel for its electricity generation.

In the absence of nuclear support, only coal can patch up the energy system, even if it means taking a step back on environmental and transition goals.

"There is a lot of political pressure against nuclear power in Germany, but going back to coal means going back to a very polluting and very inefficient source," says

, a Business professor at the European University of Valencia and an expert in energy supply.

"Germany has no escape: either nuclear power or recover coal," he explains.

And in this context, the first option is not really feasible, because it would take too long to get it up and running.

Right now, going back to coal is the only option that allows you to maintain the level of generation you have.

This, however, has several problems.

Perhaps the most obvious is the

one , since it involves resorting to a polluting source in the midst of an energy transition.

In addition, not just anyone does it, but rather the leading European economy and one of the countries that pressed the most for the European Commission to give its approval to a green taxonomy that, precisely, supports gas (and nuclear, although in that case the support came from France).

a step backwards in the energy transition

, because, per unit of energy generated, it emits approximately twice as many greenhouse gases," says Gómez-Calvet.

In other words, Germany will not only fail to meet its commitments to reduce CO2 emissions, but will probably pollute more than expected.

In addition, although it has made a huge commitment to renewables -it has almost four times more installed photovoltaic power than Spain-, even before this coal energy patch, it was, together with Poland, the largest consumer of coal in the European Union.

Specifically, according to Eurostat, it uses 23% of hard coal and 46% of lignite.

, spokesman for Greenpeace, considers that "it makes no sense to consider resorting to coal".

"The mistake is in considering this situation as an impasse," he points out, because energy dependence and sovereignty go beyond that.

Furthermore, he reminds that Russia is not the only controversial provider.

In any case, he also believes that it must be contextualized in a much broader framework than that of a transitory situation.

"The problem of dependence on fossil fuels

That is, not worrying so much about which source can satisfy the demand as about lowering these needs.

In any case, although he believes that this is "a mistake", he also stresses that "

it is not the strategy of the German Government

". "The strategy is to reduce dependence on fossil energy sources, what happens is that they have started to put it into practice too late, with which, this situation has been thrown on them."

Spain, meanwhile, finds itself in a very different situation.

There is also a great commitment to renewables -there are days when wind power is the source that provides the most energy- and gas is the protagonist, but his and the German are not comparable cases.

To begin with, the origin of this fuel is different, since

Russia barely exports to the peninsula

, and its position is more privileged because it has ports to unload the contents of the ships that bring liquefied natural gas.

In addition, the nuclear, also with an expiration date, provides something else.

Anyway, the main difference is in the carbon.

In recent years, Spain has almost completely abandoned this source, which still contributes more than nearly 28% of the energy to the German electricity mix.

Even in recent weeks, in which the electrical system was very stressed and the combined cycle worked at the highest rate seen in years, coal did not provide 5% of the energy, according to data on the structure of generation by Red technologies Electric.

I couldn't do it either, because there are no centrals.

"Germany continues to be a country that never abandoned coal and Spain has abandoned it," explains Gómez-Galvet.

Thus, while five years ago there was a power of about

from this technology (for comparison, there are currently almost 28 GW of wind power installed throughout the country), now the figure is half.

If it is necessary to resort to a plan B, other measures should be chosen, such as prolonging the life of the nuclear ones that are still standing.

"For Spain, coal is not a source," summarizes the professor.

The other great variable in the equation that solves the electrical problem in which Germany finds itself is that of the generation technologies themselves, since

they are not completely interchangeable

"We all think that energy sources are equally substitutable, that by putting more renewables we can avoid burning coal or that with more gas we don't need nuclear power, and each one has its own uniqueness," says Gómez-Galvet.

In other words, the contribution of solar energy cannot be counted on to supply the wind turbines at night.

Something similar happens with gas and coal.

As the professor illustrates, "coal is like an old-fashioned locomotive: you have to add coal, the boiler heats up, the steam pressure has to go up...".

It is what is known as base charge - "the bottom of the energy closet" - and it produces in a way more similar to nuclear:

a constant amount in a sustained way

But it takes hours to get up and running, so it's not good for spikes in demand or responding to rising and falling needs.

Meanwhile, the combined gas cycles -also the hydraulic one- are activated in a few minutes, so they are much more flexible.

"Germany is embarking on a process of shutting down nuclear power plants and that means that constant and sustained production falls and it has to find a substitute," recalls the expert.

When gas is not an option either, or its contribution is reduced because the supply from Russia's gas pipelines fails and it cannot arrive by ship,

"You don't have many alternatives left," he sums up, beyond tightening the production belt: "They should spend less, slow down their economy or, at least, that part that is energy-intensive."

At the moment, the situation has many edges, but they are almost all economic.

With the arrival of winter, a tangential will enter:

Although the consumption of gas for heating is much lower than that for electricity generation or cogeneration (industries that need heat and electricity), the cold cannot be ignored in homes and workplaces.

If supply problems continue and reserves have not recovered, it will be necessary to choose where to cut.

"I think that Germany is going to protect the population," reassures Gómez-Galvet, who also adds a nuance: the thermostat that works best is that of prices.

When things are expensive is when we care the most about not wasting them.

"There will be gas,