The theory goes that if the snake stays in your line of sight, it won't bite you. For the famous -mostly the famous- the 'paparazzi' They are more dangerous than... 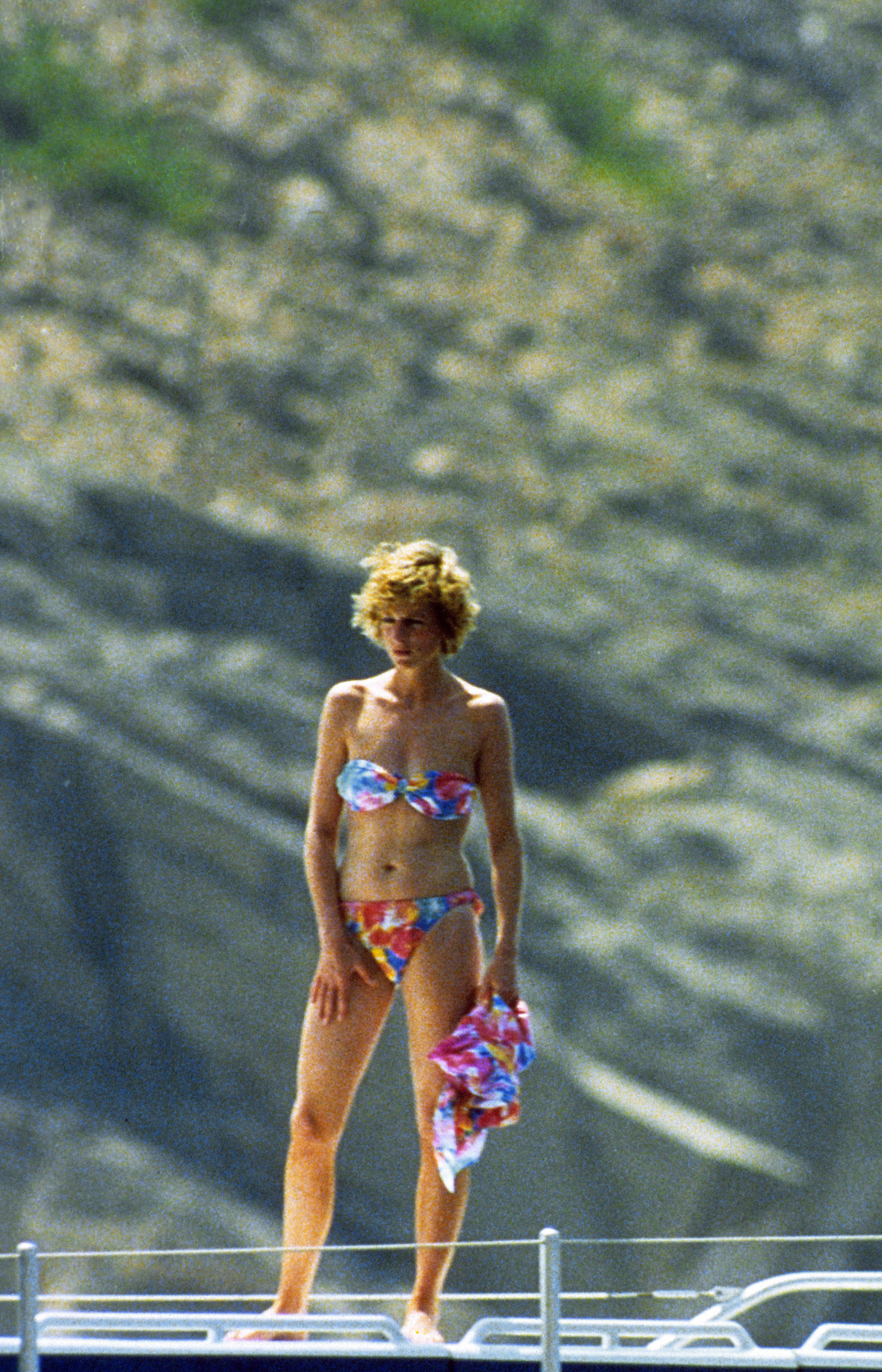 The theory goes that if the snake stays in your line of sight, it won't bite you.

more dangerous than the snakes.

If they have you in camera shot, wham!, you don't get rid of it.

His victims are also uncles, as

Julián Muñoz had the opportunity to verify.

But in this market

when they are famous and almost always beautiful.

siliconed or tattooed with flowers

others, with gentle skin to body.

When they commune on the sand with the voluptuous summer sun -what light, what light!- they are adorable with their bronze bodies that,

in the bluish calm of the sea unknowingly expose themselves to the prying eyes of the targets. of the photographers in ambush, defying the passing of the hours, who

traffic in a greedy material.

The beach is usually public,

although sometimes it is a 'beach club', an exclusive area like

But the thieves of venal images have no limits.

It is the law of the trade,

it is the law of the jungle:

and, therefore, the photographs have informative interest.

So much so that you pay

a lot for them.

For this reason, the same seas of every summer become the workplace of hordes of professional voyeurs who, cameras at the ready, lie in wait for the carelessness of celebrities who, like everyone else, let their guard down on vacation.

Whether 'celebrities' claim justice, reputation or simply set a precedent, some

have made their mark in the courts

a red line between their anatomy and the craft of photography.

Lady Di was the favorite target of the 'paparazzi', with or without a swimsuit.GETTY IMAGES

ended in scandal in 1992 over compromising photos published in the 'Daily Mirror' which, among other adult images, showed Texan millionaire

in a villa on the

for some photos of

Lady Di on the Jonikal,

the lavish yacht of businessman

anchored in the waters of Portofino.

The princess had only one week left among the living.

It was not published because

of her unexpected death.

paid a million and a half euros

stolen while the Duchess of Cambridge was sunbathing in a private pool at the Château d'Autet, the 19th-century mansion of the

Viscount of Linley in the French Provence.

Not even that compensation mitigated the shame and

They are normal feelings when they

It's not hard to see Kate Moss topless... or in a bikini

Do you have your assets covered?

the 'celebrities' are surprised in summer

The usual moment is to

with shorts off or

generally on a beach, a yacht or a swimming pool.

The photos are usually taken

with a telephoto lens

from afar and rarely capture more than breasts, although some celebrities are caught naked as horses.

("There is nothing more naked than a horse", said

For the preservation of privacy -I already said it- there is nothing more dangerous than a 'paparazzo'.

The images appeared in several British newspapers, but 'The Sun' took Kylie's antipodes to its maximum expression of hyperrealism by publishing

a color and life-size poster

-according to the tabloid it was 30 centimeters-.

the fans, the Peeping Toms

and legions of green endive women,

the edition, of course, sold out.

"was no longer old enough for such things."

For what he had no age, nor desire, was for them to meddle in his things.

In fact, she lent her image to British artist

in which she marked her butt, to denounce

the marketing of glorious bodies.

"Do you have your assets covered?

Protect what you love most. Don't wait for tomorrow."

The 'I Should Be So Lucky' singer's anatomy was described as

"one of Australia's most beloved landmarks,

The furor over Kylie prompted the Woolworths supermarket chain to offer her to star in an exercise video to teach women how to achieve the perfect tafanario.

Elsa Pataky, in a bikini: they don't catch her anymore...GTRES ONLINE

The before and after of Elsa Pataky

during a vacation with the athletic Czech cameraman

whom she had met on the set of 'The Apple of Your Eyes' in Prague.

The photographs went around the world nonstop and, some time later,

angered another of her partners, Tom Cruise.

had to pay the same toll for fame

ten years ago when they captured her nude on board a boat in Menorca.

She made people talk and

which published the images.

are the ones who

give photographers a hard time,

since they usually take off their bikini top to offer

their boobs to the sun.

In the same guise they caught Princess

whose 'topless' succumbed to the photojournalists.

The 'toples' stolen from the 'top model' Laura Ponte

brought a lawsuit for the

to the Supreme Court for

and one's own image.

It was the year 2008 and the high court acquitted 'Interviú' of the lawsuit filed by Ponte.

The magazine continued to

It wouldn't be for long.

was doing a report on the Rivera Maya for the magazine 'Elle'.

She was posing without a bikini top,

but she was covering her chest with one hand.

The beach was private,

of her and another of her changing clothes.

The actress filed a lawsuit to protect her right to personal privacy.

She lost in the first trial.

She appealed to the

which upheld the decision of the court of first instance.

to pay the model

for damages to her image and reputation.

Until then, the maximum sanction that had been filed was around 10,000 euros, which

made it profitable to publish the photos.

Elle Macpherson 'caught' (but dressed), taking a shower on a yacht.GTRES ONLINE

The doctrine was consolidated

won by the actress

whom, without her consent, the same magazine took out topless, in 2005,

while basking on a beach in Ibiza.

After nine years of litigation, the Constitutional Court, which did not appreciate public interest in the photos,

The sentences of Pataky and Olivares

put fear in the body

of certain disaffected publications, which had no choice but to accept

that information has limits

and that a stolen report is not always in the public interest.

If a community democratically decides to punish those who refuse to drive on the right or stop at a red light, it is submitting to the same common sense as if it decides

to punish those who intrude

The presenter and model

broke the bank when she received, at the beginning of this year,

for some topless photographs stolen during a vacation in the

A record sentence in compensation for

and honor, which are priceless values.

Or, more exactly, the price is set by one.

the Spanish law on the civil protection of honor,

the famous have drunk the law in a long glass

and fight like panthers for their dignity or for the exclusive rights to their own image.

The fire brigade belongs to all of us,

the corps itself, 'va de soi', is private.