It's time to plan the holidays or, why not, to start living them, even if it's with a short break to get a taste of the coming season. Beach,... 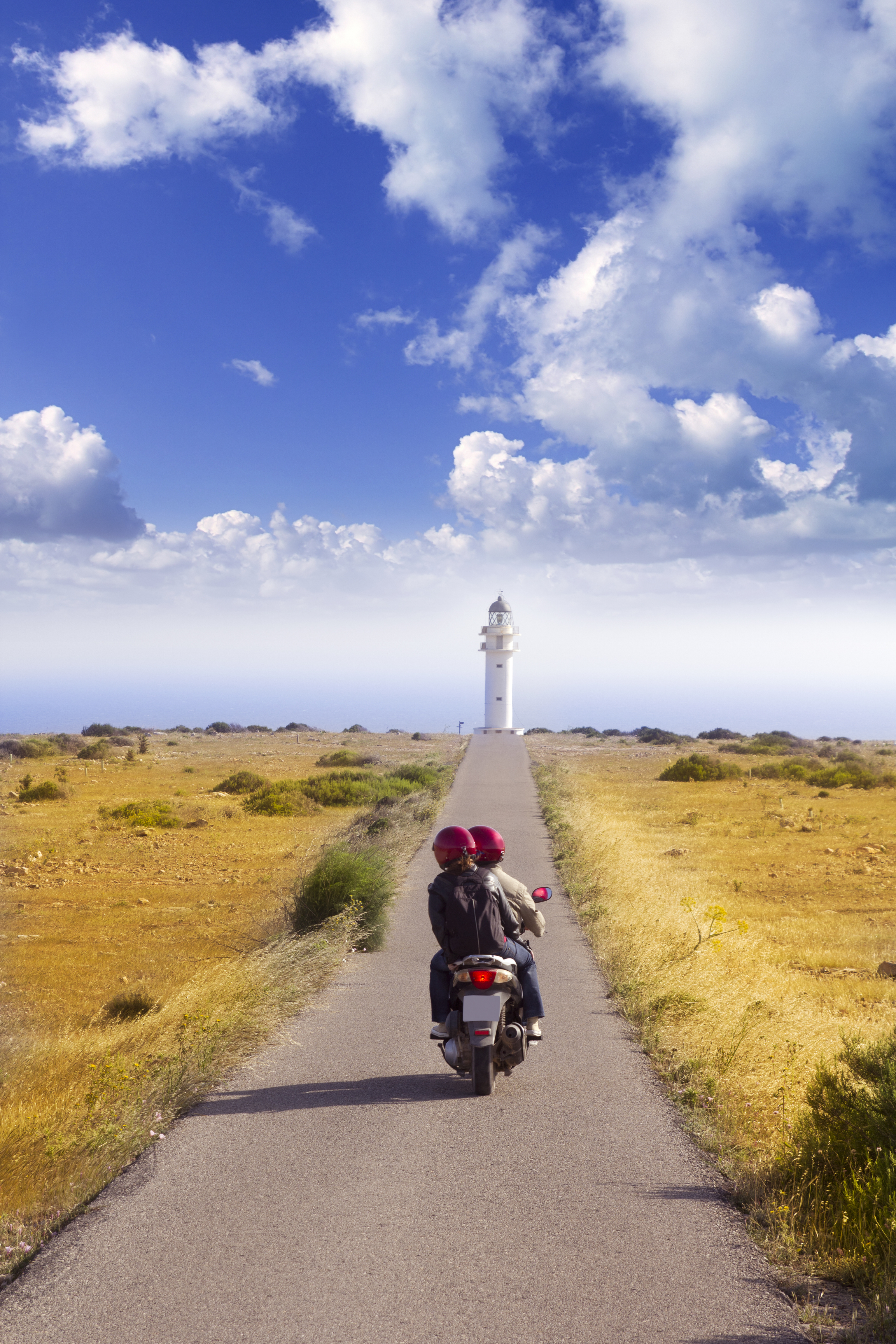 or, why not, to start living them, even if it's with a short break to get a taste of the coming season.

, nature with the family,

destinations two steps away... There are plenty of reasons to choose: long weekends, fairs, the first outing without a mask after the arrival of the pandemic... The proposals are endless.

FORMENTERA AT A 'SLOW' RHYTHM

The possibilities of the Balearic island are multiplied by a thousand.

And not only in high season, but the ideal is to enjoy this paradise before and after summer to savor

all its aspects in

produces its own wines,

perfect for pairing with its Mediterranean cuisine)... Even stellar, since the island has one of the purest skies in Europe.

For this reason, the second edition of

will take place from May 2 to 6 , an event that combines themed dinners with

"The multitude of events that are organized, especially in the low season, allow the destination to be seasonally adjusted," explains Alejandra Ferrer, vice president of the Insular Council and Minister of Tourism.

A couple goes by motorcycle to the Barbaria lighthouse, in Formentera.SHUTTERSTOCK

Here is a perfect plan for adults and children for Mother's Day (or for any other day of the year): get to know the Navarra Sendaviva nature park.

Located next to the

, this complex is home to more than

of 200 different species from the five continents that live in semi-freedom.

The idea is to go through its nine

in search of the most exotic fauna, birds of prey or herbivores.

There are also 30 attractions available, including flying chairs, zip lines,

or boat rides on a lake.

Not to be missed are their cool Plans for educational purposes to learn how to recycle, bat in the River of Diamonds, enjoy skill games, explore the

or attend a magic show in the park's circus.

Falconry in Sendaviva, a park dedicated to nature in Navarra.

AN OASIS ON THE COSTA DEL SOL

The following plan fits both to surprise with a getaway on Mother's Day and to spend a weekend of sun, enjoyment or relaxation.

Or a whole month.

, a five-star hotel whose careful architecture is inspired by the South, located in Fuengirola (Málaga), on the Costa del Sol. There, among

chef, has set up his base of operations

known as the caviar chef for making this premium product a benchmark in his menu.

Not in vain, here is the R & D laboratory in which he conducts his research.

This season the hotel offers another novelty by having signed José Antonio Fernández Carazo, who was an

for the Basketball team in

to treat clients who want it after a day of leisure, work or sports.

One of the swimming pools at the Higuerón Hotel Málaga Curio Collection.

HOLIDAYS IN OWN YACHT

It became fashionable during the first summer of the pandemic and is now more popular than ever.

We are talking about the trend of

renting your own boat

on vacation to enjoy privacy and freedom with friends or family.

Not in vain, platforms such as Click and Boat, a world leader in these events that offers up to

between boats, yachts or sailboats with or without a skipper, received 114% more reservations from Spanish nautical travelers in the first quarter of 2022 than in the same period of the previous year.

600 destinations available to navigate from 50 euros a day, the waters of the Costa Brava,

or the Balearic Islands

stand out in national territory .

Cove of the Costa Brava to enjoy sailing.SHUTTERSTOCK

THE THOUSAND FACES OF IBIZA

The summer preseason is not complete without Ibiza and its novelties.

Of course, the Pitiusa island not only lives from endless parties and electronic music.

Its 210 kilometers of coastline, its

its rural landscapes still intact and its perfect waters to practice all kinds of water sports such as kayaking,

paddle surfing or scuba diving give much more.

An increasingly interesting cultural facet is joined with museums such as Contemporary Art,

the Puget or the Diocesan.

We cannot forget, of course, its spectacular luxury hotels.

All the greats want to be here.

Of the different complexes of the

, the Nobu Hotel Ibiza Bay, the W Ibiza or the Gran Hotel Ibiza, a five-star landmark in the capital insular.

The list of new luxury hotels both in the capital and in Barcelona is growing every day.

The recently released The Edition Madrid, the firm created by

, the founder of the legendary New York club Studio 54, is already a

After sowing glamor in half the world with its offspring from

, it arrives in Madrid to occupy the former headquarters of the Monte de Piedad, in the central Plaza de las Descalzas Reales.

Hotels such as the Intercontinental, which has just opened a new gastronomic restaurant, Quirat, are opening in Barcelona.

His proposal: an author's interpretation based on the land and its products.

, part of the firm created by the actor and film director

and the famous chef

, reopen their doors full of news.

Rooftop of the Intercontinental Hotel in Barcelona.