Spain, the country with the most bars and restaurants in the world, asks to make them a World Heritage Site

Spain is the country with the most bars and restaurants per person in the world: one for every 175 inhabitants, totaling 277,539 gastronomic establishments, according to the Institut 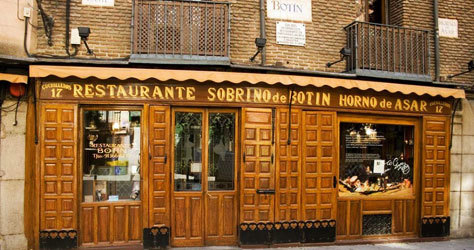 Spain is the country with the most bars and restaurants per person in the world: one for every 175 inhabitants , totaling 277,539 gastronomic establishments, according to the National Statistics Institute (INE). In addition, the restoration employs 1.7 million people and accounts for 4.7% of the Gross Domestic Product (GDP). Sufficient data so that a campaign has been launched so that the bars and restaurants of our country are considered a World Heritage Site by Unesco.

At least, this is what the Together for Hospitality platform is requesting , which has promoted the # SoyPatrimonio2020 initiative so that the Spanish hospitality industry achieves this title, whose objective is to recognize the cultural , social and economic role of bars and restaurants.

The business organization Hospitality of Spain , the Association of Manufacturers and Distributors Companies (AECOC) and the Spanish Federation of Food and Beverage Industries (FIAB), which represent the main pillars of the country's hospitality industry, are responsible for candidacy, as they themselves have expressed in a statement.

Facade of the Botín restaurant in Madrid, the oldest in the world.

The campaign seeks to protect "ours", according to the promoting organizations, claiming the role of bars and restaurants as "part of our culture", in addition to the " largest space for leisure and socialization that exists in our country".

With 48 tangible and intangible assets recognized so far, such as the Alhambra, the Mediterranean diet, flamenco or the Fallas, Spain is the third country in the world, behind China and Italy, with the highest Heritage . As for cities, Spain has 15 with that title, from Alcalá de Henares to Úbeda, passing through Córdoba, Salamanca and Santiago de Compostela. Will patriotic bars and restaurants be the next National Heritage?

According to the managers of the Spanish hospitality industry involved, it should, since "it meets all the requirements indicated by Unesco to be considered a World Heritage Site. In this sense, they emphasize that it is a characteristic place of our culture, testifying to a cultural tradition of our civilization and is associated with living traditions of our land. "

In addition, they ensure that significant events in the history of Spain have taken place "in the bar of a bar", such as the drafting of the Constitution. On the other hand, writers, musicians and comedians took their first steps in local restaurants. In short, they are very much ours.