Revitalizing urban development… A total of 2.7 million units in Seoul will be released

In today's news, let's take a closer look at the real estate measures that came out for the first time since this administration. The government has announced that it will supply 2.7 million households over the next five years. 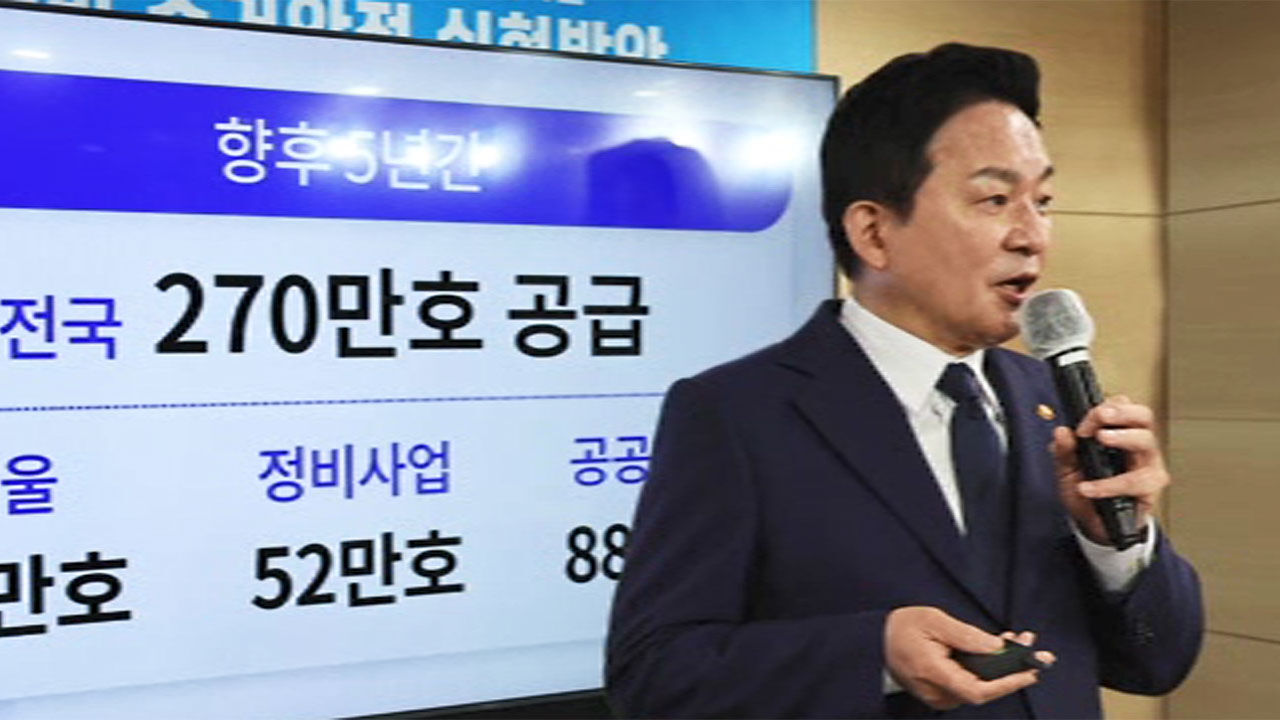 Today's (16th) news, let's take a closer look at the real estate measures that came out for the first time in this government.

The government has announced that it will supply 2.7 million households over the next five years.

The key is to focus on building a lot of houses in the metropolitan area, especially in Seoul, where many people visit.

At the same time, it was decided to develop land on which to build a new house in the metropolitan area.

First, the main contents of the government announcement were summarized by reporter Jo Yoon-ha.

is the Changneung district of Goyang, Gyeonggi-do, where the 3rd new city is scheduled.

There will be a GTX-A station that will take you to Samseong Station in Gangnam, Seoul in 30 minutes.

The government has decided to build a so-called 'compact city' within a 1km radius of this station.

The plan is to significantly increase the floor area ratio around the station to enable high-density development of complex shopping malls, various companies, and housing.

This is my hometown, and I have a home.

It's a huge benefit for us living here.

It will get better in the future.

There are high expectations.]

The government announced that it would issue construction permits for a total of 2.7 million units nationwide, including 1.58 million units in the metropolitan area, over the next five years, including this method.

In the process of reconstruction and redevelopment, various examinations that had to be performed several times were bundled together to speed up the approval and approval process.

In particular, we plan to create various incentives such as raising the floor area ratio up to 500% so that private capital can actively engage in development projects.

[Won Hee-ryong/Minister of Land, Infrastructure and Transport: We will expand the qualifications that have been granted only to the public to the private sector so that creative residential and business architecture can be developed in the city center.] The

new housing map is 50,000 households in Seoul and the metropolitan area for 5 years. 620,000 new homes are being developed, and the specific location will be announced in two months.

In order to solve the traffic problem in the new city outside of Seoul, we decided to start construction of GTX-B and C lines early and open them by 2030 and 2028, respectively.