World-2022: Uruguay and South Korea neutralize each other in a match with few chances

Uruguay and South Korea failed to decide on Thursday in the first match of Group H of this World Cup-2022. La Celeste and the South Koreans narrowly missed out on taking the lead… 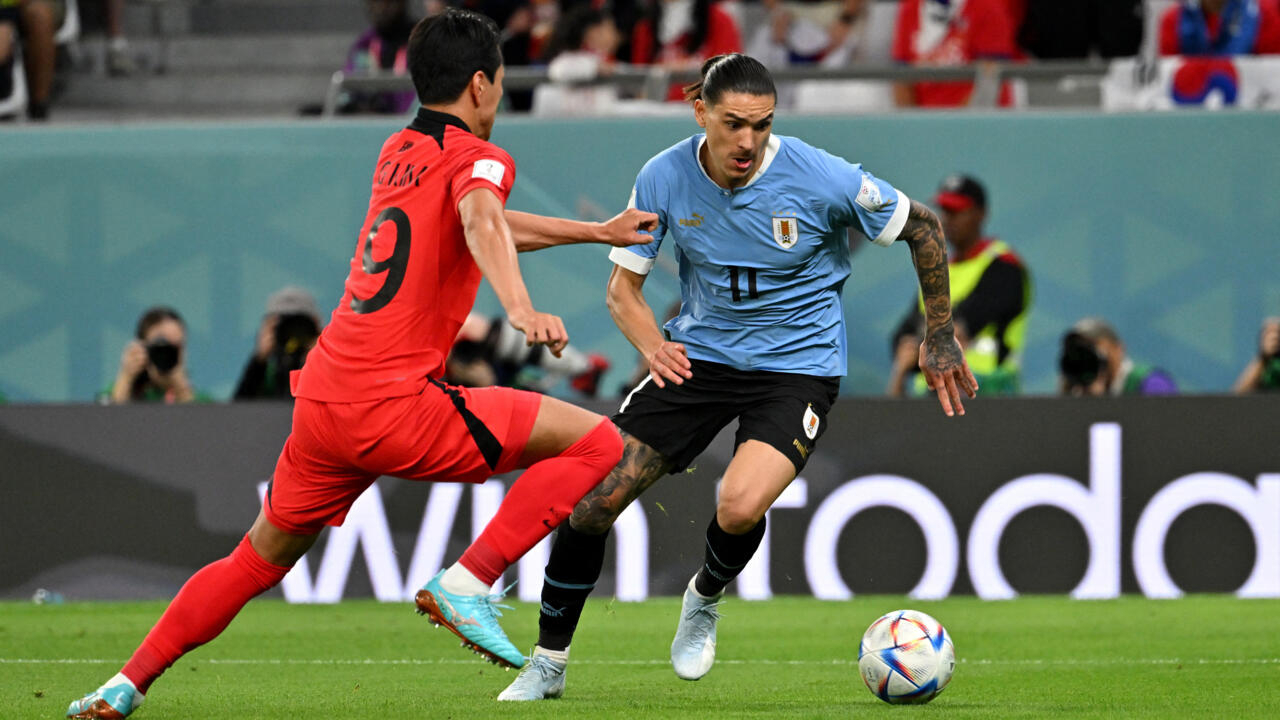 Uruguay and South Korea drew (0-0) on Thursday, November 24, at the City of Education stadium in Al-Rayyan for the first Group H match in this World Cup-2022.

The Koreans start the match with a quick and lively game while Celeste, well in place, waits calmly, leaving the ball to her opponent.

South Korea tries to shine from a corner (2nd, 8th) but nothing to worry the Uruguayans.

The match struggled to start during this first quarter of an hour with few chances.

La Celeste tries a first possession in the opposing camp (15th), but lacks application in the zone of truth.

This is the first football sensation in this game.

The Uruguayan threat became clearer with a discount for Nunez in the opposing area, but the Celeste striker missed the ball a few meters from goal (22nd).

But South Korea is also capable of creating danger on quick counterattacks, like Son who eliminates two players before hitting too softly (26th).

In the process, it was Uruguay's turn to quickly present themselves in the South Korean area but Kim used the end of the glove to push the ball past the feet of Nunez (27th).

South Korea retains possession of the ball, without destabilizing the opposing team... except in this action where Hwang is alone at the penalty spot to take a low cross with the flat foot.

But the South Korean striker, leaning back, sends his shot over the crossbar of Rochet (33rd).

Hwang then tries to find the fault with a shot from 25 meters but she does not find the frame despite a falling trajectory (39th).

Uruguay are not in control of the game, so they have to rely on set pieces to make the difference.

And Godin is about to give the advantage to his team after a header from a corner, but the ball fails on the right post of Kim (43rd).

The referee ends up indicating a small minute of additional time in a World Cup usually generous in this area.

Then Clément Turpin finally whistles the end of the first act.

This is a half-time that does not stimulate awakening at nap time.

A second half that lacks accuracy... as in the first half

The 22 actors return to the green rectangle.

South Korea regained possession of the ball, but it didn't result in a clear chance.

La Celeste must rely again on a set piece to bring danger into the opposing area, but lacks precision (53rd).

Caceres, too, lacks precision when intervening in a duel with Son.

He crushes his foot and is logically warned of a yellow card (57th).

Salvation for La Celeste could take place on this long recovery from Godin on Nunez, but the Uruguayan striker misses his pass back into the opposing box after having managed an interesting run on the left side (63rd).

The meeting enters in the last twenty minutes of regulation time, and the draw between the two teams seems to be drawing inevitably.

Neither of the two teams seems able to adjust the target to give the advantage to their team, like the whole match which lacks technical accuracy and sequences which create danger... was without counting on the first dangerous sequence of Uruguay with Cavani-Nunez in charge.

The latter, eccentric at the entrance to the South Korean area, arms a coiled strike which ends one meter from the opposing frame (81st).

In the last minutes of the match, Uruguay multiplied the phases of possession without putting South Korea in difficulty... until Valverde took responsibility: the Uruguayan midfielder dribbed his vis-à-vis and sent a shot on the post (90th).

Son also had the opportunity to give the victory following a poor recovery from the Uruguayan goalkeeper, but his shot low to the ground licked the post of Rochet (91st).

These two flashes at the end of the match finally make us regret the lack of rhythm of the past hour and a half.

Despite seven minutes of additional time, no one will find fault in the final moments.