Alitalia, Commissioners: April salaries will not be paid on 27 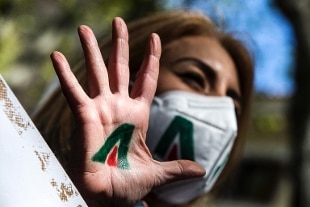 26 April 2021 In the evening, the three extraordinary commissioners of Alitalia informed the employees, with an internal communication, that tomorrow the 27th April salaries will not be paid. Union sources reported this.

In the letter, the commissioners Gabriele Fava, Giuseppe Leogrande and Daniele Santosuosso, write: "Dear colleagues and colleges, we wish to inform you that as usual we will proceed with the payment of April salaries as soon as the compensation provided for in support of the Covid 19 emergency is paid to us. ".

on the Alitalia dossier. "We are in contact with the Italian authorities, but we have no comments on this". In this way, a spokeswoman for the EU Commission replied to those who asked her if the plan B, on which the Italian government would be working for the take-off of Ita with about sixty planes rented by the old company in order not to lose the traffic of the summer, both in line with European Union regulations and with the recommendations made following the controversies made by Italy on a possible difference in treatment for the Italian carrier compared to other European air transport carriers.

an informal hearing to learn about the preparation of the New Company Ita industrial plan. The hearing of the President Francesco Caio and the Chief Executive Officer, Fabio Lazzerini, of Ita - Italia Trasporti Aereo will take place via videoconference.

- National Air Transport Federation, representing the pilots and flight attendants of Alitalia, "having learned of the non-receipt by the Commissioners of the expected refreshments, expresses very strong concern and indignation for yet another failure to pay salaries to the usual deadlines "reads a note.

Fnta, which includes pilots and flight attendants from Anpac, Anpav and Anp, underlines that "the situation of Alitalia workers, already precarious and dramatic due to the lack of visibility on the concrete feasibility of the announced relaunch project, cannot be further aggravated by the lack of certainty on wage payments ".