Union Coop revealed a campaign of new discount offers of up to 90% on basic food and consumer products, noting that the campaign begins today, Wednesday, and will continue for three days in the various branches of the cooperative in Dubai. 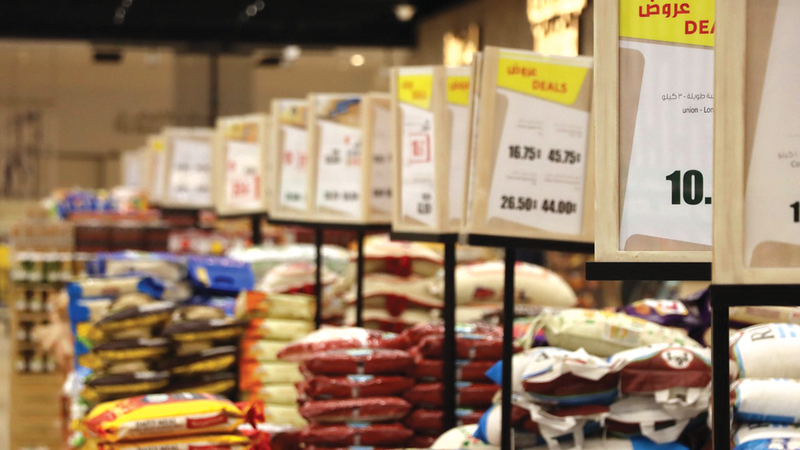 Union Coop revealed a new campaign of discounts of up to 90% on basic food and consumer products, noting that the campaign begins today, Wednesday, and will last for three days in various branches of the cooperative in Dubai.

The Director of the Department of Happiness and Marketing at the cooperative, Dr. Suhail Al Bastaki, said that the cooperative has allocated financial allocations of 10 million dirhams for the new campaign that has been allocated for the end of the year.

Al Bastaki added to "Emirates Today" that the offers include more than 10,000 products, the most prominent of which are basic ones, such as rice, oils, meat and sweets, in addition to vegetables and fruits, as well as electrical and household appliances.

He explained that the new discount offers, which will be launched under the name of the "Last Call" campaign, will include all Tawuniya branches and malls, in addition to its online store platform, pointing out that this comes within the cooperative's strategic plans to implement shopping programs that benefit shareholders and consumers.

Al Bastaki pointed out that the retail trade sector witnessed remarkable recovery indicators during the second half of this year, compared to the same period last year, with the support of the positive effects of "Expo 2020 Dubai", the return of momentum to the activity of tourist groups, and the recovery of most economic sectors in general.

He stated that the rise in competitiveness indicators and the increase in discount offers in the retail trade markets, were positively reflected - whether on the sector or on consumer families - in obtaining various alternatives of goods at low prices.

Al Bastaki pointed out that the cooperative implemented dozens of promotional campaigns during the year 2021, which included discounts on thousands of products, most notably the Ramadan offers campaign, in addition to the campaign for the country’s celebrations of the fiftieth anniversary or the golden jubilee of founding, which included discount offers with allocations amounting to 50 million dirhams, with the aim of contributing to the Reducing the burden on consumers, citizens and residents of the country.

He stated that the cooperative launches, at the end of each year, a campaign of major discounts to benefit the largest number of consumers and shoppers, especially as that period coincides with the "festive season".

“The Cooperative” allocated 10 million dirhams for the 3-day offers.