Lebanon: a day of anger paralyzes the country, Aoun evokes a destabilization

In a vast movement of anger against the worsening economic crisis and the collapse of the Lebanese pound, thousands of demonstrators blocked the country's main roads on Monday.… 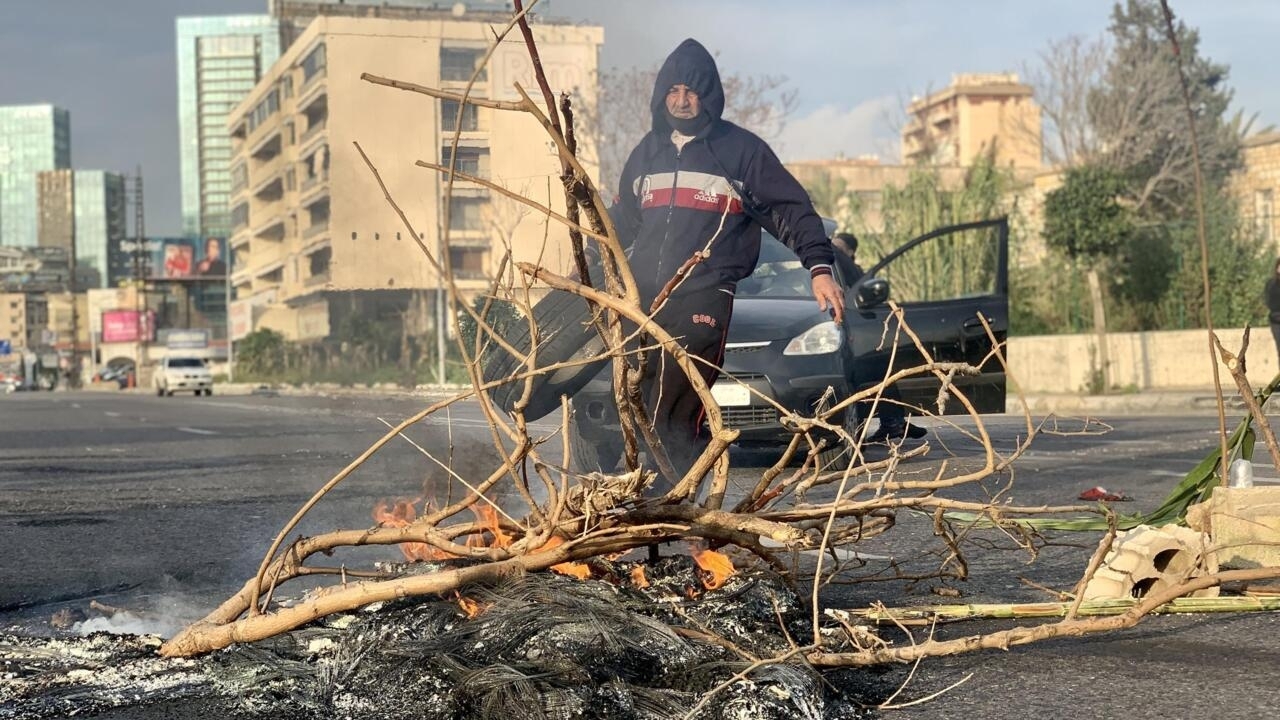 Lebanon: a day of anger paralyzes the country, Aoun evokes a destabilization

In a large outburst of anger over the worsening economic crisis and the collapse of the Lebanese pound, thousands of protesters blocked the country's main roads on Monday.

Faced with the crisis, no concrete measures have been taken by the authorities in place.

President of the Republic Michel Aoun has asked the army to restore calm, but the demonstrators remain determined.

In the heart of Beirut, on the Place des Martyrs, a hundred demonstrators burn tires and shout their anger, reports

our correspondent in Beirut,

Rayan, 16, with a Lebanese flag on his shoulders, has been coming here every evening for a week.

The current economic situation is becoming untenable for everyone,

For now, not everyone is starving yet, but it will come, and we are waiting for that moment.

Because when you are hungry, you have nothing more to lose.

A radical speech, present among many demonstrators on the dam.

Surrounded by his comrades, Rayan calls for violent action.

the Prime Minister, the President and members of Parliament

to burn their houses, burn them, kill them.

We will destroy them.

Violence is a necessity,

Beside him, Ibrahim, 30, wants to believe in a peaceful revolution, but says he understands the violent demonstrators: “

It is the government which pushes people to violence when it sends the soldiers and the police to throw tear gas on the demonstrators and silence them, when they just want to express themselves, tell what they feel and what they want for their country.

A week after the start of the movement, protesters say they are determined to continue blocking the roads.

has not yet announced any measure likely to calm the anger.

See also: Identity debate in Lebanon against a background of generalized chaos

For Lebanese leaders, the protest movement that paralyzed the country on Monday is neither spontaneous nor innocent, says

our correspondent in Beirut,

It is part of an attempt at destabilization based on the manipulation of the national currency which continues its free fall against the dollar.

After an emergency meeting with senior political, military and judicial officials, the President of the Republic Michel Aoun ordered the security forces to prevent the closure of roads, to "

" of citizens and to protect property. public and private.

fix the dollar rate against the pound

Vast program, difficult to implement, if we are to believe the army chief.

In front of senior officers, General Joseph Aoun said on Monday that the soldiers were hungry like the rest of the population.

He deplored the decline in the military budget as the army faces great challenges.

If the army collapses, it is the end of Lebanon,

" he said, revealing that he had warned political leaders against an "

To read also: Lebanon: the observation of the helplessness of Hassane Diab in a country in full decay