From Qatar to the whole world... Fan zones receive refugees to enjoy the World Cup

In 6 countries of the world, “Qatar Charity” launched the “FIFA Qatar 2022 for All” initiative, which enables refugees and displaced persons to watch the Qatar World Cup in camps under the slogan “From Qatar to the whole world, we share the reality of this dream with everyone.” 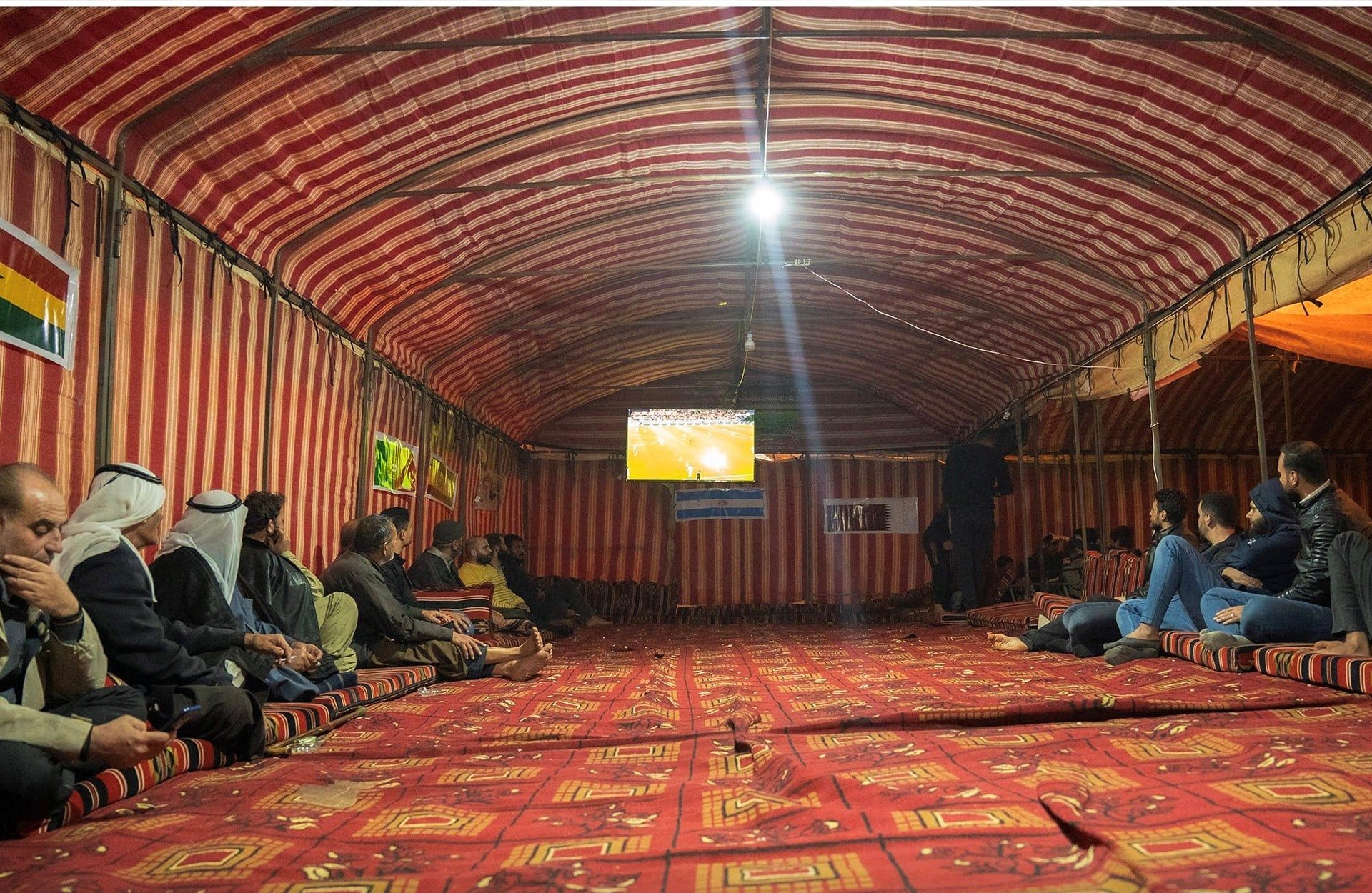 The initiative launched by Qatar Charity on the occasion of the 2022 World Cup, which aims to enable refugees and displaced persons in a number of countries to watch the World Cup matches, by setting up tents and setting up large screens to watch the matches. featured on social media platforms.

The initiative, called "FIFA Qatar 2022 for All", aims to share the joy of refugees and displaced persons in 6 countries;

The joy of the World Cup for everyone

Under the slogan "From Qatar to the whole world, we share the reality of this dream with everyone," Qatar Charity confirmed on its Twitter account, "We share the joy with the refugees and the displaced inside the camps, coinciding with the Qatar World Cup, in order to alleviate their suffering and promote integration, protection and support." psychological well-being in affected communities, advocating for their issues, and promoting social cohesion.

The fan areas and tents built by Qatar Charity began to receive the displaced and refugees in northern Syria and Bangladesh, to follow the World Cup matches.

A video clip shared by Qatar Charity documented the fans' area, which was established to follow the international football event in the "Kaiba" camp in northern Syria.

Hundreds of attendees and followers appeared in the tents of the region to encourage their favorite team, while Qatar Charity attached the clip with a comment saying, "Screens and screens brought us together with our refugee and displaced brothers inside their camps, to be with us in the heart of the event, watch the matches, and enjoy the various World Cup events."

Today, the initiative (#FIFA Qatar 2022 for All: Sharing the Joy of Refugees and Displaced Persons) is launched in 6 countries: Jordan, Syria, Sudan, Kenya, Bangladesh, and Somalia.

Let's share the joy with the refugees and the displaced inside the camps, coinciding with the # World_Cup_Qatar_2022 🇶🇦⚽️ # Qatar 2022_ Joy_ for All # Qatar2022ForAll pic.twitter.com/P4SJQ6FGFN

Qatar Charity also shared a clip of the encouraging city that it launched in the camps of Bangladesh, and attached it to phrases on its Twitter account, saying, "From Qatar and to the whole world, we share the reality of this dream with everyone."

The Qatari Ministry of Foreign Affairs had launched the "FIFA Qatar 2022 for All" initiative, which is being held in 6 countries with the aim of sharing the joy with the refugees and the displaced inside the camps, coinciding with the World Cup.

In #Qatar_Charity, we believe that sport is a right for every human being, whoever and wherever he is, for the sake of peace, harmony, and development in all societies ⚽🇶🇦 # Qatar 2022_ Joy_ for All # Qatar2022ForAll # World_Cup_Qatar_2022 pic.twitter.com/qLdxrjJwsL

It is noteworthy that Qatar Charity is a non-governmental charitable organization, founded in 1992, and operates through 34 field offices, and with 500 regional partners in 70 countries.

The atmosphere of Qatar 2022 is under the camps

And in the Barisha camp for Syrian refugees - in Idlib, in northern Syria - the tent receives hundreds of displaced people to enjoy the matches on huge screens, and this step drew happiness and joy in the hearts of the displaced.

The majority of those present encourage the four Arab teams in the World Cup, wishing them brilliance in this global football event, as confirmed by a number of them in statements monitored by the "Sanad" agency for monitoring and verification on Al Jazeera Network.

And while he was sitting inside the tent, eagerly following the football match;

The sixty-year-old displaced, Abdul Hakim Abu Raed, said, "I have been displaced from the city of Kafr Nabl 3 years ago. It is true that the atmosphere is depressing, but we gather here, old and young, inside this tent, and we forget our worries while we follow the atmosphere of the World Cup, and we look forward to watching football."

Regarding the team that Abu Raed encourages during the World Cup, he replies, "I wish success to the Arab teams. We were pleased with the Saudi team's victory over Argentina last Tuesday."

In turn, the displaced Mohammed says, "Everyone here knows the situation inside the camp. We gathered to watch the match and encourage the Arab teams, and I personally encourage the Moroccan national team."

In his speech, Abu Muhammad introduces himself, saying, "I was displaced from Kafranbel 3 years ago. We watch the matches in the tent to entertain ourselves. Despite the tragedy we are living through and the conditions of displacement, we see that the establishment of this tent is a small outlet for us to overcome our suffering, and I am full of hope." To go back to my home, which I had to leave because of the war.”

It is noteworthy that the "Molham" volunteer team has inaugurated the Barisha tent to follow the World Cup matches, which can accommodate more than 10,000 displaced people. We ourselves through it, and in cooperation with the Syrian embassy in Qatar, the atmosphere of the World Cup was coordinated for our children and youth.