“It’s impossible to believe such news right away”: world field hockey champion Maxim Ishkeldin dies at the age of 30

One of the leading bandy players, Maxim Ishkeldin, died at the age of 31. According to preliminary information, a blood clot that came off in a dream became the cause of the midfielder's death. In the course of his career, the athlete won six times at the World Bandy Championships and five times won the national championship as part of SKA-Neftyanik and Yenisei. 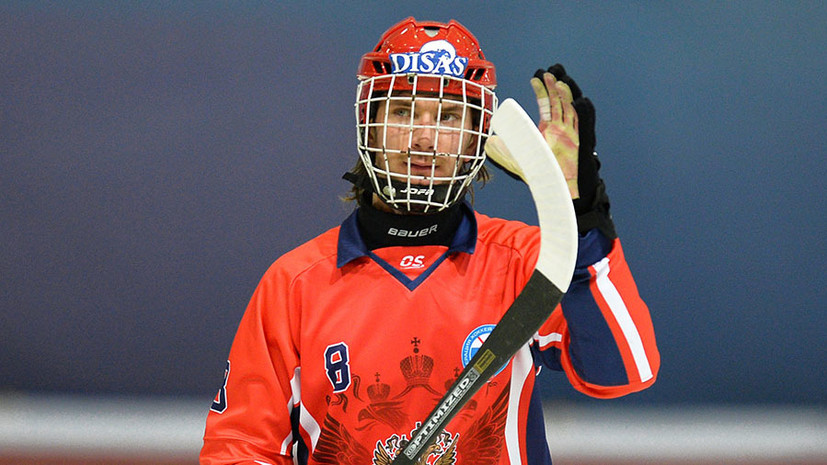 The world of bandy has suffered a huge loss.

On June 22, the six-time world champion and one of the leading bandy players on the planet should have turned 31 years old.

The tragedy was reported by the Russian Bandy Federation (FHMR).

The organization said that the cause of Ishkeldin's death was a blood clot that came off in a dream.

The athlete will be buried in his native Novosibirsk on June 7.

“FHMR, the coaching staff and players of the men's national team express deep condolences to the family and friends of Maxim.

This is an irreparable loss for world bandy and all Russian sports, ”the federation said.

Dmitry Kondratyev, press attaché of the Novosibirsk football club, told the NGS publication that Ishkeldin led a sports lifestyle and did not complain about health problems.

In his spare time, he hosted the "Notes of a Hockey Player" YouTube channel, in which he talked about his sport.

The news of Ishkeldin's death caused shock in the world of bandy. SKA-Neftyanik, with whom the midfielder signed a contract at the end of April, organized a memorial in his arena in memory of him so that fans could say goodbye to their favorite hockey player.

“We all know and remember Maxim as a kind and sympathetic person, as a great hockey player, whose game was applauded by fans of almost all cities where ball hockey is cultivated. A special place in the life of Ishkeldin was occupied by SKA-Neftyanik, whose honor he successfully defended for five years, having managed to gain immense popularity and love from the Khabarovsk fans, who three times recognized him as the best player in the team. Maxim signed a new contract with the club, giving the Khabarovsk residents the anticipation of the next hockey holiday. Alas, fate decreed otherwise. Today we grieve together with all the connoisseurs of his, not yet fully disclosed, talent, ”the Khabarovsk club said.

Condolences were also expressed in the Krasnoyarsk Yenisei, where Ishkeldin spent the last season.

The midfielder helped his last team win the Russian Championship.

“Such news is impossible to believe right away.

A young, full of life man left us at the peak of his strength and capabilities.

Such news is shocking.

It so happened that he spent his last playing season in the form of "Yenisei", more recently he celebrated his fifth title of the champion of Russia.

His departure is not only an irreparable loss of Russian bandy, but also of world one.

The Yenisei ice hockey club deeply mourns the untimely death of Maxim and expresses its sincere condolences to the family and friends of the deceased, ”the official website of Yenisei says.

Ishkeldin was born in 1990 in Novosibirsk and started playing ice hockey there, but then switched to bandy and began studying at the local Zarya school.

Until 2010, he played for Sibselmash, after which he moved to one of the country's leading clubs - Zorkiy Krasnogorsk.

With him, Ishkeldin became the medalist of the Russian championship for the first time and began to regularly get into the list of 22 best hockey players at the end of the season.

Under him, the Khabarovsk club not only won the first victory in the Russian championship, but also held the title for four years in a row.

Ishkeldin twice became the best midfielder in the country.

In 2020, he left the club and moved to Yenisei, which is considered the principal rival of SKA-Neftyanik.

As part of the Krasnoyarsk team, Ishkeldin became a five-time champion of Russia, but immediately after that he returned to the team, which was associated with his main club successes.

However, he was not destined to go out on the ice again with the Khabarovsk residents.

Ishkeldin was also an irreplaceable member of the Russian national team.

In total, Ishkeldin won the main tournament of the national teams six times and became the silver medalist twice, and at the last championship in 2019 he was recognized as the best midfielder.