Australia: thousands of people called to evacuate in Sydney in the face of the threat of floods

Thousands of Sydney residents were called on Sunday (July 3) by authorities to evacuate their homes as floods threatened on the outskirts of Australia's largest metropolis,... 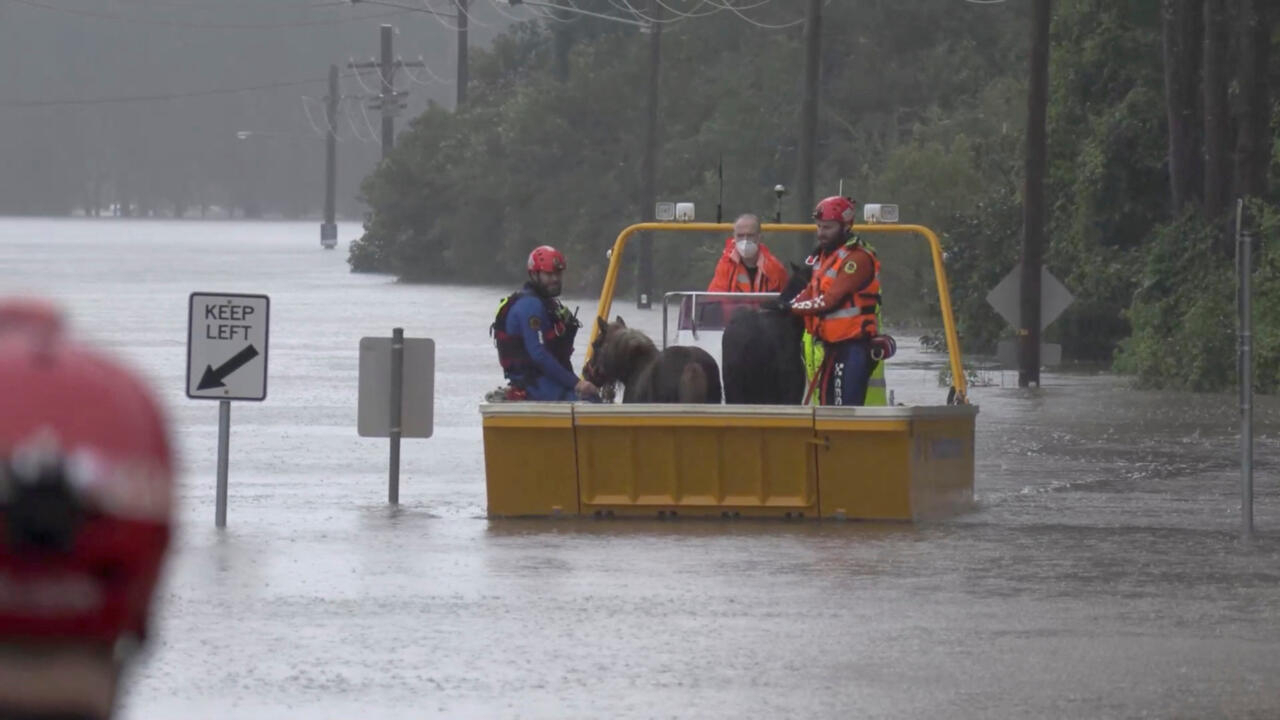 Australia: thousands of people called to evacuate in Sydney in the face of the threat of floods

Thousands of Sydney residents were called on Sunday, July 3, by the authorities to evacuate their homes in the face of the threat of flooding on the outskirts of Australia's largest metropolis, plagued by torrential rains.

And this new alert in the suburbs of Sydney,

caused by strong storms, is a reminder of this again.

Roads have been blocked and at least 18 evacuation orders are in effect in the west of the city.

This is a life-threatening emergency

,” warned Stephanie Cooke, Minister of Emergency Services for the state of New South Wales, of which Sydney is the capital.

With further bad weather expected in the coming days, the minister described a “

” and warned that people should be “

The Warragamba dam began to overflow in the early hours of Sunday morning, she said, well ahead of authorities' forecasts.

Flooding in the #Hawkesbury #Nepean Valley is escalating very quickly.

Torrential rain continues to fall and #Warragamba is spilling at a rate of 500GL.

Tonight we are likely to experience river rises higher than the previous 3 floods.

Episodes that are likely to multiply

In Camden, a southwest Sydney suburb home to more than 100,000 people, shops and a petrol station were already inundated.

Emergency services have rescued 29 people and been called more than 1,400 times in the past 24 hours.

These rains, associated with other factors linked in particular to land development, promote flooding.