European approach: why the EU does not intend to give Ukraine the status of a candidate for joining the union

Statements by European politicians about Kyiv's unwillingness to receive the status of a candidate member of the EU demonstrate a vile attitude towards Ukraine, said Russian Foreign Ministry spokeswoman Maria Zakharova. Earlier, Italian Prime Minister Mario Draghi noted that almost all major EU countries are against granting Kyiv a candidate. According to Zakharova, the Italian politician, in fact, voiced what ex-president of Ukraine Viktor Yanukovych was almost killed in 2014 for. Experts note that the rest of the contenders for joining the European Union should draw conclusions from this situation. 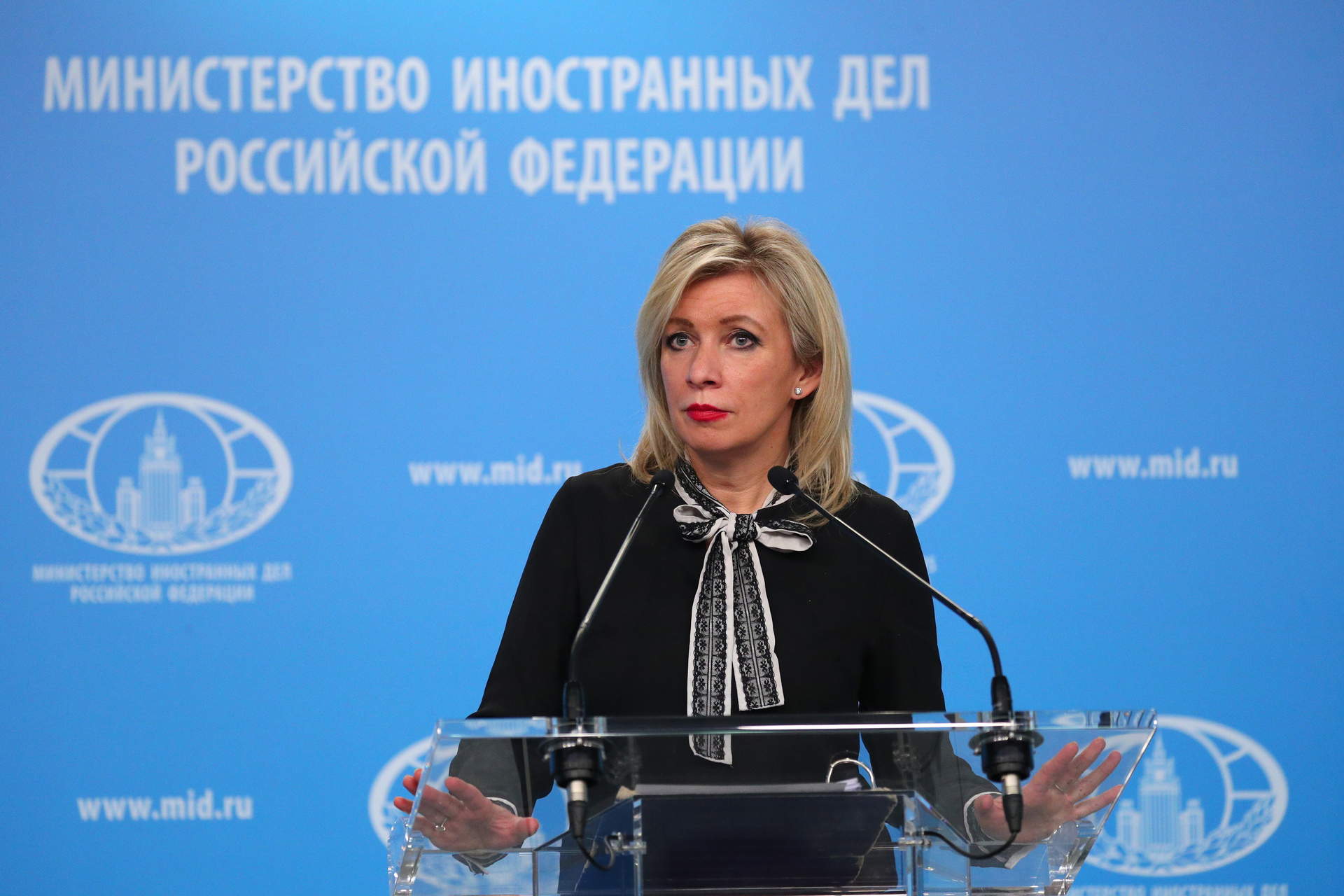 Statements by European politicians that Ukraine will not become a candidate for EU membership demonstrate a vile attitude towards this country.

So the official representative of the Russian Foreign Ministry, Maria Zakharova, commented on the words of Italian Prime Minister Mario Draghi that most of the large EU countries oppose granting Kyiv the status of a candidate for joining the union.

“This is vile in relation to Ukraine ... because all the previous years, decades (and we now take the situation until 2014, that is, it’s not ten years, it’s more) they said exactly the opposite.

They promised Ukraine's entry into their ranks every year.

Every year they said: “Now you are one more step, another half a centimeter, one more millimeter closer to your cherished goal, which we imposed on you, this very European integration,” the diplomat said on Sputnik radio.

“Where were these same politicians who are now convincing Ukrainians that they are not yet ready to accept them, and Ukraine is not ready to enter anywhere, where were they with these same statements then?”

- said the representative of the Ministry of Foreign Affairs.

According to her, now the Prime Minister of Italy, in fact, simply voiced the position for which ex-president of Ukraine Viktor Yanukovych almost lost his life in 2014.

Recall that the process of integration between Ukraine and the EU has been going on since the early 2000s.

In 2004, a so-called action plan was adopted, which set out further criteria needed to expand EU cooperation with Kyiv.

In 2014, a few months after the coup, the Ukrainian side and the EU signed an association agreement.

However, the Netherlands opposed strengthening integration with Ukraine, after which, in 2016, the leaders of the member countries of the union adopted a document stating that the association agreement does not provide the Ukrainian side with the status of a candidate for EU membership and does not promise it in the future.

In February 2019, the Verkhovna Rada enshrined in the Constitution of Ukraine the course towards joining the European Union.

In the same year, Volodymyr Zelensky was elected president of the country, who began to actively force the issue of Ukraine's integration and membership in the EU and NATO.

However, despite the activation of the Ukrainian side on this issue, European politicians have repeatedly stated that Kyiv still needs to fulfill a large number of conditions before Ukraine can be admitted to the EU.

Shortly after the start of the Russian special operation, Zelensky demanded that Brussels immediately join under a special procedure.

“We are grateful to our partners for being by our side.

But our goal is to be together with all Europeans and, most importantly, to be on an equal footing.

I'm sure we deserve it.

I am sure that all this is possible, ”he said in a video message on February 28.

The next day, the head of the presidential office, Andriy Yermak, said that the application for Ukraine's membership in the EU under the accelerated procedure had allegedly been accepted, registered and under consideration.

In mid-April, Zelensky's press service stated that the President of Ukraine handed over a completed questionnaire to the head of the EU Delegation in the country to obtain the status of a candidate for membership in the union.

At the handover ceremony, the president emphasized that it usually takes several years to prepare a questionnaire.

“I want to thank you for the speed, for the opportunity to go through this procedure in weeks or a couple of months.

We believe that we will receive support for this work, we will become a candidate, and then the next, final stage will begin.

We believe that this procedure will take place in the coming weeks,” Zelensky said.

As Andriy Yermak noted then, Kyiv expects to receive the status of a candidate country following the meeting of the European Council, which will be held in June.

However, European leaders and politicians noted that the process of obtaining the status of a candidate country, contrary to the statements and expectations of Kyiv, would take a long time.

In particular, French President Emmanuel Macron spoke about this.

“Can we start a membership process for a country at war?

I don’t think so,” he said March 10 before an informal summit of EU leaders.

In turn, Prime Minister of the Netherlands Mark Rutte categorically stated that the EU does not have any accelerated procedure, which is being discussed in Kyiv, and according to which Ukraine can become a member of the union.

At the same time, Croatian Prime Minister Andrei Plenkovic noted that "no one joined the EU overnight."

Already in May, Macron said that the process of Ukraine's accession to the EU could take many years and even decades.

He was supported by German Chancellor Olaf Scholz, speaking in the Bundestag on May 19.

“The fact that there is no shortcut for Ukraine to EU membership is due to the imperative of justice towards the six countries of the Western Balkans.

French President Emmanuel Macron is right when he emphasizes that the accession process is not a matter of a few months or a few years,” Scholz said.

Nikolai Mezhevich, chief researcher at the Institute of Europe of the Russian Academy of Sciences, president of the Baltic Studies Association, noted that the European Union cannot change the procedure for admitting a country to the EU for the sake of one Ukraine, albeit in extraordinary circumstances.

“There are very few people in Kyiv who are aware of the real size of the body of European procedural documentation on the issues of joining the union.

We are talking about thousands of pages, many of which are not even translated into all the official languages ​​of the European Union.

This was explained to Yanukovych at one time, and then there was also no talk of actually joining the EU, ”the expert noted.

Another point is that the main EU members are in no hurry to take on their balance sheet another country, which will inevitably have the status of a subsidized one, the RT interlocutor added.

“The Union, at the heart of its activities, has a series of economic regulations related to redistribution.

That is, relatively speaking, if you take a very poor country into the EU, then you need to help it, such are the laws of the EU.

The poorer the country, the more it needs to be helped.

Accordingly, the question arises, who will pull Ukraine out of deaf poverty if it joins the EU?

Therefore, the problem of Ukraine is that, no matter how paradoxical it may sound, Russia somehow needs it and Europe absolutely does not need it, ”the political scientist emphasized.

According to the expert, Europe needs Ukraine not as an EU candidate country, but as a battlefield with Russia.

“Ideal for Brussels: the last Ukrainian kills the last Russian, or vice versa.

For top-ranking officials in Brussels, both we and the Ukrainians are a kind of transitional stage from monkey to man.

From their point of view, the fewer of us, the better for them,” Mezhevich said.

At the same time, Vladimir Olenchenko, a senior researcher at the Center for European Studies at IMEMO RAS, stated in a conversation with RT that European politicians have been misleading Ukrainians for a long time about what the process of joining the EU includes and how long it takes.

“What they were talking about was not true.

In addition, the EU in 2009 launched a program called the Eastern Partnership, which invited six countries (Azerbaijan, Georgia, Armenia, Ukraine, Belarus and Moldova) to orient themselves towards future EU membership.

That is, they have also been misled since 2009.

Now the refusal to Ukraine should have a sobering effect on the rest of the participants in the Eastern Partnership, ”the political scientist emphasized.

He added that the EU is a complex bureaucratic and economic supranational structure, integration into which cannot be accelerated, and official Kyiv's statements to the contrary only indicate a low level of understanding of this on the part of Ukrainian politicians.

“First, there was a large amount of incompetence.

The second is political naivete.

Indeed, Ukrainians have succumbed to slogans that they are needed by someone in the EU.

Thirdly, it was used in the domestic political struggle, because those people who called themselves supporters of European integration exerted very strong pressure on all other political forces in Ukraine, practically suppressed them and are now suppressing them, ”Olenchenko explained.

Thus, all the states of the Eastern Partnership and the Balkans, which are counting on joining the EU, should draw appropriate conclusions from the situation with Ukraine and their attitude towards it, the analyst stressed.

“All those assurances that were given to Kyiv, all those demands that were put forward, and there were many of them: to bring the legal framework into line, to bring economic laws into line - all this was done to create competitive advantages for the EU countries, but did not give any advantages either Ukraine, nor the Eastern Partnership countries.

The same Moldova and Georgia that submitted applications should understand from the example of Ukraine that they have nothing to count on.

Here is the main conclusion,” concluded the political scientist.