Erdogan: We will reduce inflation soon and put Turkey in the “economic Champions League”

Turkish President Recep Tayyip Erdogan said today, Wednesday, that his government will succeed in reducing the inflation rate within a short period, and that it will continue on its way to achieving its desired economic goal of entering the list of the 10 largest economies in the world. 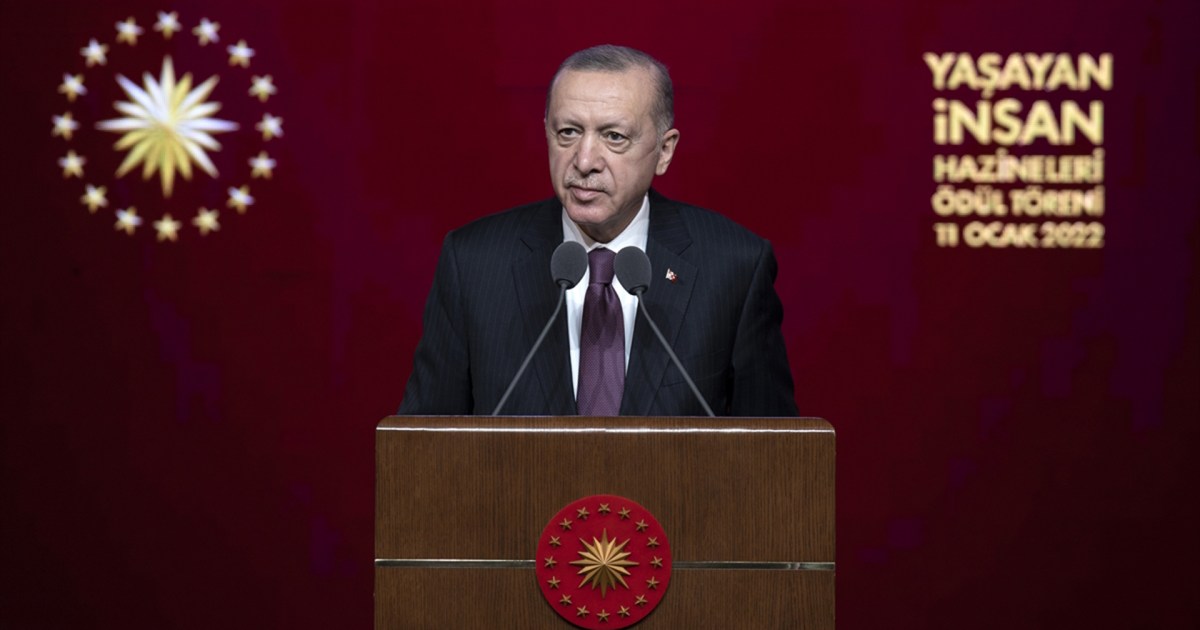 Turkish President Recep Tayyip Erdogan said on Wednesday that his government will succeed in lowering the inflation rate within a short period.

In a speech to parliament members of the ruling Justice and Development Party, Erdogan said inflation figures were not in line with Turkey's economic reality, and that he hoped the benefits of Ankara's economic policy would materialize in the summer.

"We suffer from the problem of inflation, in addition to that, Turkey also suffered from a painful problem of exchange rate fluctuations, but despite that, the increase in inflation in our country remained relatively less than in other countries," he added.

This came after the annual inflation rate rose to more than 36% in December.

Erdogan also stressed that his government is determined to get Turkey into the "economic Champions League".

He explained that his government is continuing on its way to achieving its desired economic goal, which is to enter the list of the 10 largest economies in the world.

He added that the AKP governments are continuing to advance the country's economy, despite the many obstacles they encountered during their assumption of power in the country.

He pointed out that his government has largely removed the weaknesses of the Turkish economy through which foreign interventions aimed at destabilizing the Turkish financial system were carried out.

Erdogan said last week that his government had eliminated the foreign exchange rate bubble with the package of economic measures it had recently taken, and that it was also determined to remove the inflation bubble.

Erdogan said at the time that his country had passed the most difficult stage, adding that "the time has come to reap the fruits of our efforts and achieve our goals."

He said at the time, "We are determined not to leave our citizens under the pressures of exchange rate fluctuations and exorbitant price hikes."