Political scientist: That is why the voters fled the German left

The German left-wing party Die Linke made a disastrous choice yesterday. Almost every second of the party's previous voters voted for another party - something that can mainly be explained by the Social Democrats' new left-wing profile, according to political scientist Ann-Kristin Kölln. - It is a big surprise and can lead to them finally falling out of the Bundestag, says Ann-Kristin Kölln to SVT Nyheter. 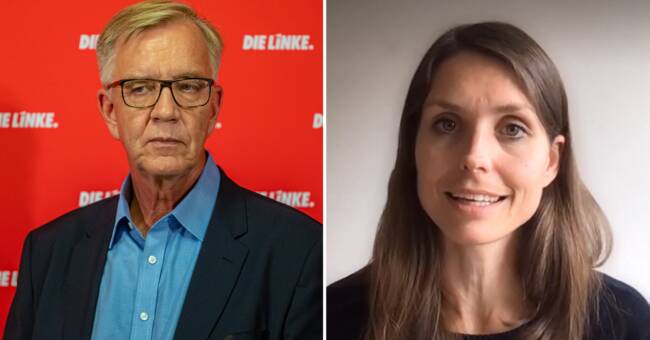 Analyzes of voters' movements since the last election show that many left-wing voters have nobbed Die Linke for the Social Democrats.

According to Ann-Kristin Kölln, senior lecturer in political science at the University of Gothenburg, the result does not depend so much on any missteps that the left has made during the election campaign.

On the contrary, she thinks they have made many good strategic choices, but in vain.

- When the Social Democrats shifted their policy towards the center, many voters switched to Die Linke, but now we see that they come back.

Although Olaf Scholz is not a left-wing candidate, the party leadership is very left-wing, she says.

- The Social Democrats are no longer a center party.

The campaign manifesto is more left-wing than during previous election campaigns.

That's my best explanation for why it went the way it did for Die Linke.

The right-wing nationalists backed down

On the opposite edge of the political scale, Alternative for Germany made a slightly worse choice than last time.

The party backs 2.3 percent, but according to Ann-Kristin Kölln made a surprisingly good choice.

- They still have just over ten percent.

This is despite the fact that the election was not about immigration or other issues where they are usually strong.

The choice has mostly been about climate and corona, she says.

- The two percent who no longer vote for AFD did not vote at all this time.

It is not that they went to another party, but they stayed at home.

They do not feel represented by any other party.

Hear Ann-Kristin Kölln tell more about the German fringe parties in the election in the clip above.