Something is happening in the buried remains of the Chernobyl nuclear power plant in Ukraine. According to the researchers' measuring instruments, the radiation has become stronger recently. 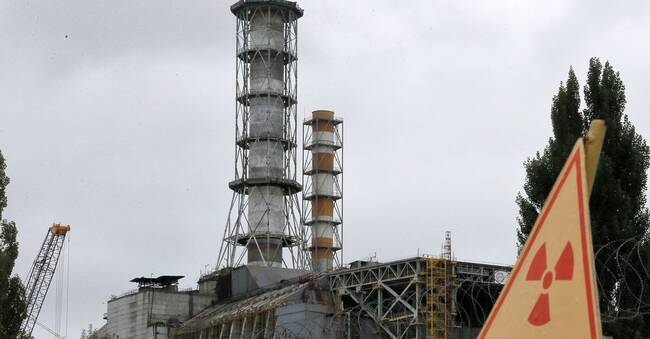 After the violent explosion in reactor four at the Chernobyl nuclear power plant on April 26, 1986, large amounts of nuclear fuel, scrap and graphite rods fused with the sand used in the extinguishing work.

It became a kind of huge lump of burning lava, which flowed down into the reactor's basement spaces and solidified there.

To slow down the radioactive processes, a sprinkler system was later installed, which showered the lava lump with gadolinium nitrate.

It is a metal salt that absorbs neutrons from decaying atomic nuclei, so that they do not rush further and split more atomic nuclei and trigger a rampant nuclear fission process.

In this way, the radiation level has been under control for a long time.

But now Science reports that the measuring instruments that monitor the old reactor have begun to show elevated amounts of neutrons, which come from an inaccessible space where the sprinkler system could not reach.

So far, levels are rising so slowly that Ukraine's radiation safety authority ISPNPP has a few years to figure out how to fix the problem.

"But we can not rule out the risk of an accident," said an ISPNPP spokesman.

The radiation is too strong for people to be able to work at the old reactor.

But one possibility would be to send in a robot that can drill long holes down to the radioactive lava lump, and then insert some form of control rods that slow down the reaction.

But even if the process could not be stopped, according to the researchers' assessments, there is no risk of an accident as big as 35 years ago, when radioactive clouds spread over large areas, even far into Europe.

However, local problems can arise in and around the steel and concrete sarcophagus that encapsulates the old reactor.

In that case, the plans to move the remains to a safe final repository risk further delays.