Attack in Strasbourg: Cherif Chekatt had premeditated his attack

According to &amp; quot; The World &amp; quot; and France 3, the investigation into the Strasbourg bombing shows that the terrorist had been searching for weapons for several weeks. &amp; nbsp; 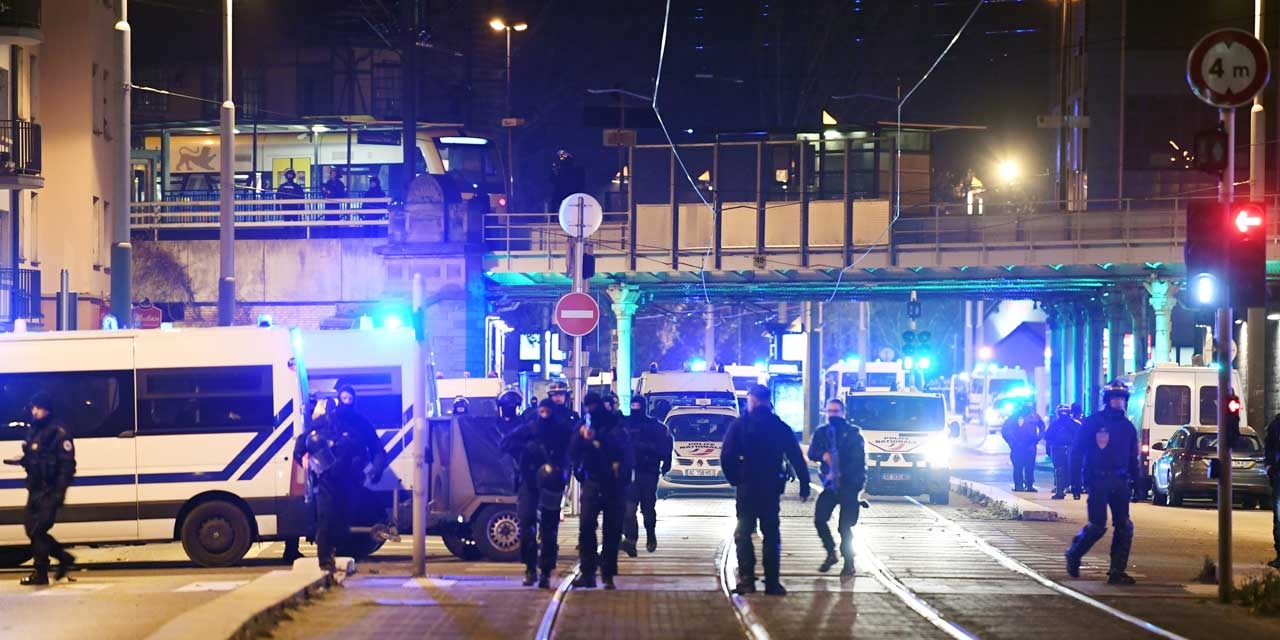 The investigation continues, more than a month after the attack in Strasbourg, which killed five people on December 11, on the Christmas market in the city of Alsace. And according to information from the newspaper Le Monde and France 3, the attack led by Cherif Chekatt had been premeditated.

The terrorist shot by a police patrol "was for several weeks in full preparation", according to the latest developments of the investigation, writes Le Monde . At his home, the investigators had found a claim video on a USB key, in which he lends allegiance in French and Arabic to the jihadist group Islamic State, but also a handwritten message. In this message, according to the daily, Cherif Chekatt writes: "O you men, the battle is underway, the calls for jihad are launched, the doors of paradise are open.If you are not horsemen, push yourself and give way to women to lead the battle. " Also found were hunting knives, a hood, a revolver, and a defensive grenade. Regarding the claim of the IS, dated December 13, Le Monde said it remains considered opportunistic, "no link being proven with the terrorist"

He reportedly told his mother his "intention to die". Other clues argue in favor of premeditation. In 2015, the man shot dead after two days on the run told a co-detainee of "his hatred for police, magistrates and Jews", as well as his intention to "commit a robbery before leaving for Syria or to die as a martyr ". His own mother eventually acknowledged that Cherif Chekatt had given him "about five months" before the attack his "intention to die" without her taking this warning seriously.

According to Le Monde , Audrey M., a rapper and friend of Cherif Chekatt, whom he met in prison in 2012, indicates that the terrorist called him the morning of the attack, after escaping the arrest. at his home, to find weapons. According to him, Cherif Chekatt had already asked for weapons in September 2018, to commit robberies. A request that he would have repeated in October, then in November and a few weeks before the attack. The rapper would then have organized a meeting with a contact member of the community of Travelers, involved in the arms trade. Audrey M. has since been indicted for "involvement in criminal criminal conspiracy" and "acquisition, possession, and disposition of category B weapons" and then detained.

Life/Entertain 2022-04-02T08:59:02.325Z
Five arrests after the attack on a gendarmerie in Guadeloupe
News/Politics 2022-02-24T10:50:37.693Z
War in Ukraine: Joe Biden denounces an unjustified attack, for which only Moscow is responsible
News/Politics 2022-04-26T04:08:33.861Z
By adding a new contact on Facebook, Allan had no idea that his life was about to change... In April 2011, he spoke with a young woman on the social network and agreed on a date. With his friend Sélim, he goes to join her in the suburbs of Lyon, but the meeting turns tragic. A car stops them, several men get out and violently attack the two friends... How could this meeting on the Internet lead to a nightmare? Was this attack premeditated? What were the consequences? In this episode of "Dans les Yeux d'Olivier", the podcast adapted by Europe 1 Studio, Allan confides his story to Olivier Delacroix. He recounts the violence of his attackers and how this encounter radically changed his way of life.
ADS
News/Politics 2022-04-15T09:04:40.859Z
Suspected NYC subway gunman taken into custody
News/Politics 2022-06-03T15:08:34.454Z
The husband of candidate LR for the legislative elections in Strasbourg beaten up
News/Politics 2022-04-13T13:27:18.991Z
Islamic State sympathizer sentenced to life for murder of British lawmaker
News/Politics 2022-05-18T04:25:10.540Z
War in Ukraine: what is blamed on the Russian soldier tried this Wednesday in kyiv
Tech/Game 2022-06-27T04:11:41.963Z
Strasbourg: Jean-Marc Reiser tried from Monday for the assassination of Sophie Le Tan
Sports 2022-02-26T18:20:31.291Z
Ligue 1 results: Draw between RC Strasbourg and OGC Nice (0-0)