Algeria has decided to maintain gas prices for all its customers except Spain after the Government's lurch in the Sahara issue. The president of the energy giant... 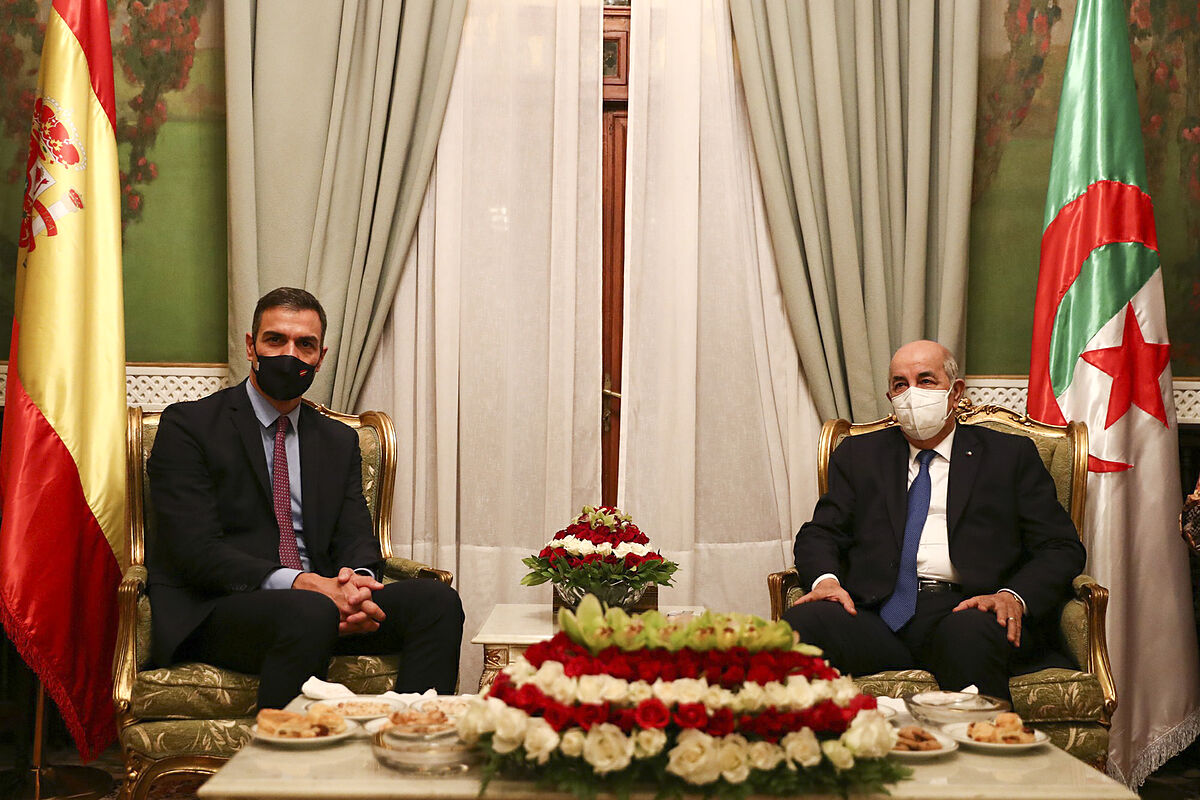 Algeria has decided to maintain gas prices for all its customers except Spain after the Government's lurch in the Sahara issue.

The president of the Algerian energy giant Sonatrach,

, has declared to the official agency of his country that the only client to whom he does not confirm price maintenance in the current international crisis is Spain.

"Since the beginning of the crisis in Ukraine, gas and oil prices have skyrocketed. Algeria has decided to maintain relatively correct contract prices for all its customers. However, it is not ruled out to proceed with a 'recalculation' of prices with our Spanish client," said Tewfik Hakkar in an interview with the official APS agency.

This newspaper already published on March 21 that Algeria intends to raise prices to Spain, but it is significant that it is the only one of Sonatrach's clients for which it does not confirm rates.

The diplomatic crisis with the main Spanish gas supplier coincides with the contractual right of the Algerian company at this time to review the prices in the Spanish contract for the period 2022-2024.

This is established in its contract with Naturgy, the main Spanish gas company.

Sonatrach already had the incentive to revise upwards due to the rise in prices in the international market, but the singling out of Spain exclusively points to political reasons.

Italy is, for example, an important client of Algeria and is not mentioned

by Hakkar in his statements to the official agency.

The Algerian government maintains that it is a reliable supplier and that it fulfills its supply commitments, but that does not prevent it from raising prices.

ordered last November the closure of the gas pipeline with Spain that crosses Morocco, but assured the foreign minister,

, that this would not alter the supply to the peninsula.

The political climate worsened, however, last month after the support of

to the absorption of Western Sahara by Morocco.

That decision unleashed the withdrawal of the Algerian ambassador in Madrid and unprecedented tension with Algeria in the midst of an energy crisis.

Spain buys 40% of its gas from Algeria through, above all, the Medgaz gas pipeline, which is the only one that the North African country has open with Spain and which links directly with Almería.

The top executive of Sonatrach shows muscle and also emphasizes that he can increase the supply to clients and that he will be able to do so much more in the future.

He assures that he has available "

we currently have a few billion cubic meters

", although he admits that they are not enough to "replace Russian gas" in Europe.

But he adds that "at the rate of our explorations, our capacities will double in four years, which points to promising prospects with our European clients."

INTERVIEWJosé María Marín: "France demanded to have exclusive control of the new gas pipeline and that all of Spain pay for it"