Fruit-flavored electronic cigarettes will be banned, some people are puzzled! injustice? 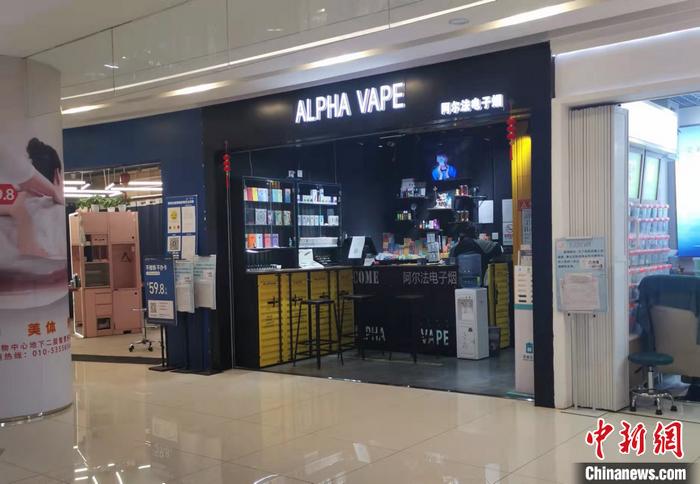 China News Service, March 25 (Reporter Xie Yiguan) Recently, the State Tobacco Monopoly Administration issued the "Measures for the Administration of Electronic Cigarettes" (hereinafter referred to as the "Measures"), which clearly "prohibits the sale of flavored electronic cigarettes other than tobacco flavors and smoke that can be added by themselves. chemical electronic cigarettes.”

This also means that fruit and other flavored electronic cigarettes will be withdrawn from the market from May 1, 2022.

During the transition period,

"We have to hurry up and stock up." This was Xiao Lin's first reaction after seeing that flavored e-cigarettes were about to be banned.

"Many flavors in the store are out of stock now. If you can buy flavors now, you may not be able to choose flavors later. If you want to stock up, hurry up and stock up." In a shopping mall in Fengtai District, Beijing, a clerk of an electronic cigarette collection store Telling a reporter from Zhongxin Finance and Economics, "After May 1st, you can't sell it."

The Measures for the Administration of Electronic Cigarettes will come into force on May 1, 2022.

After the introduction of the "Measures", a number of e-cigarette brands have responded, expressing their active implementation of regulatory requirements, and announcing that the production of fruit and other flavored products will be discontinued in the domestic market.

A staff member of an e-cigarette brand store in Haidian District, Beijing told a reporter from Zhongxin Finance that the price of a box is now 120 yuan.

The reporter noticed that the normal price of a box of pods (including 3) was 99 yuan.

The staff explained, "It is not available now, and the price is expensive when it is purchased."

"Not only our store, but many stores in the city are out of stock." The staff added, "Even if you want to stock up now, the taste is not complete."

In recent years, with the "progressive" regulation, the e-cigarette industry has been in adjustment.

Since then, the "focus" of e-cigarette companies has quickly shifted to offline, and major brand stores have "bloomed everywhere". A reporter from Zhongxin Finance once searched for an e-cigarette brand store 1 km away, and it showed that there were a total of 7 stores.

In this regard, Zhang Jianshu, president of the Beijing Tobacco Control Association, explained to the reporter of Zhongxin Finance, "If the purpose of smoking cessation is to maintain the taste of tobacco, it should not have various fruit, floral, plant and other flavors. Past practice has also proved that, It's especially attractive for teens."

"In addition, flavors such as fruit and mint are allowed to be added to food, but inhalation through the respiratory tract after ignition will greatly increase the risk and increase the harm to people." He said.

In October 2021, the "Research Report on E-Cigarette Marketing and Its Impact on Adolescent Health" released by the Institute of Health Communication of Fudan University showed

that nearly half of the surveyed teenagers started using e-cigarettes for the first time in the junior high school stage of 13-15 years old.

, the flavors most used by teenagers who have used e-cigarettes in the past 30 days

The industry will face "labor pains" in the short term

After the release of the "Measures" on March 11, the US stock price of Fog Core Technology, which owns the RELX brand, fell by more than 36% overnight.

"Under the new regulations, the ban on the sale of flavored e-cigarettes other than tobacco flavors is expected to increase the pressure on the loss of young consumers and female consumers. In the short term, the total demand of my country's e-cigarette industry will face downward pressure." China Merchants Securities said .

However, from the perspective of the industry, although the entire industry will experience pain, it will not sink there.

Released together with the "Measures", there are also the national standards for "electronic cigarettes" (second draft for comments) issued by the State Tobacco Monopoly Administration.

"In the second draft of this update, the number of permitted substances for the use of aerosol additives is adjusted to 101 (the previous draft was 122), but it still includes cocoa extract, vanilla bean tincture, and pepper samples. Flavored ingredients such as peppermint oil and lemon oil may sell mixed tobacco-flavored products featuring tobacco in the later stage." Tianfeng Securities analyst Wu Li pointed out.

"Although the store can only sell tobacco flavors in the future, it can still be operated, and tobacco flavors can also be divided into many flavors." The staff of an electronic cigarette brand store also said.

Recently, Wang Ying, the founder of Fog Core Technology, also said on the conference call after the release of the financial report, "We believe that the new standards and measures can significantly improve the recognition of the harmful nature of products among adult smokers, and the restrictions on flavors will not affect the data. The core need for harm reduction for millions of traditional smokers."

"E-cigarettes do not have a separate monopoly license, but are incorporated into the scope of tobacco monopoly licenses, which means that a large number of traditional cigarette channels are expected to be converted into electronic cigarette channels, but given that electronic cigarette stores need to meet the location restrictions of traditional cigarettes (such as shopping malls, Around schools, etc.) and distance restrictions, it is expected that a large number of stores will face closure or relocation." Soochow Securities said.

However, a reporter from China-News Finance and Economics noticed that in the face of supervision, companies have repeatedly banned the behavior of "taking advantage of loopholes" and "hiding the cat".

Some people in the industry worry that the