The United States Government has communicated to the World Trade Organization (WTO) that it supports the temporary lifting of the protection of the intellectual property of ... 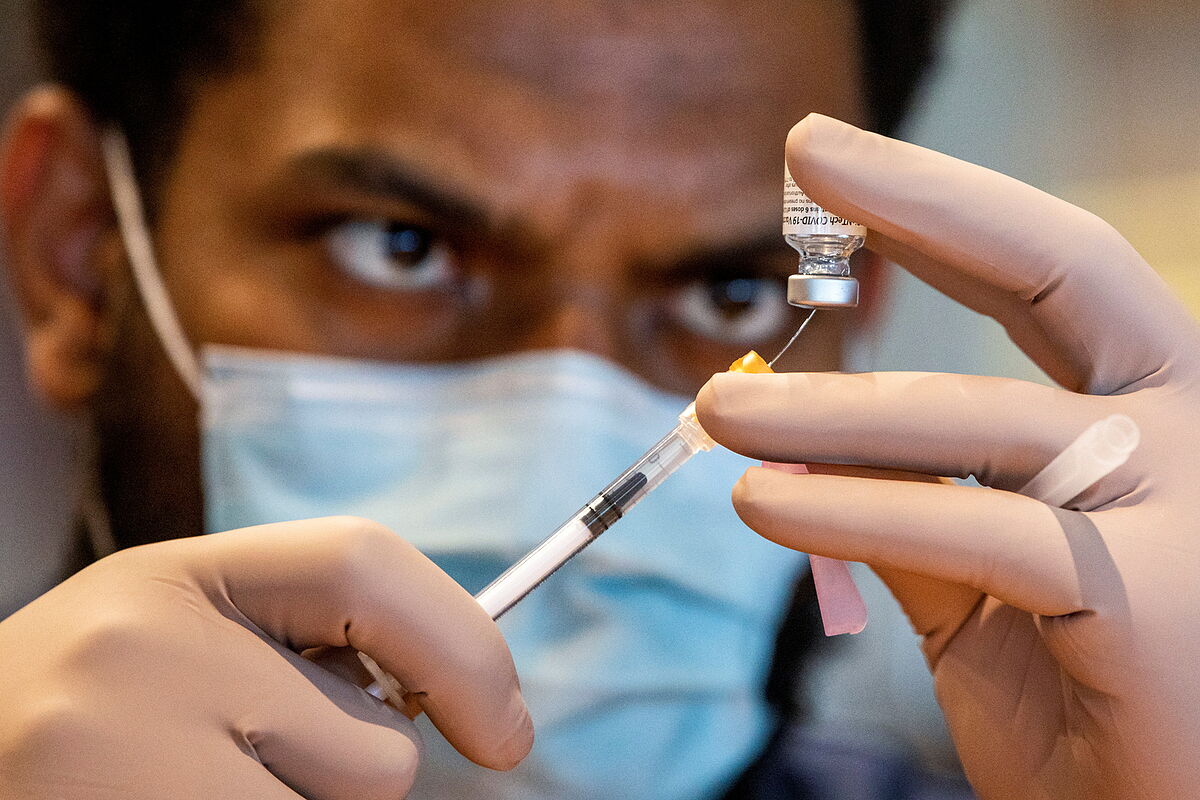 in an ad that has not been to the liking of big American pharmaceuticals. To date, three companies in that country have produced vaccines against Covid-19: Pfizer (in collaboration with Germany's BioNTech), Moderna, and Johnson and Johnson. A fourth US laboratory, Novavax, is well advanced on a fourth vaccine. The stocks of those companies, with the exception of Pfizer, plummeted on the stock market as soon as the proposal was announced. Moderna fell 10%, Novavax, about 9%, and BioNTech 6%.

allow developing countries to make their own vaccines.

The idea has caught on in the United States in the past two weeks as the second coronavirus outbreak in India claimed tens of thousands of lives - although the actual figures could be up to 10 times the official ones - in that country.

America's concern for India is no accident. The Indian-origin community in the US is extraordinarily influential. Among its most prominent members are the vice president,

the CEOs of Alphabet (the owner of Google and YouTube), Microsoft, IBM, Adobe, and MasterCard, and the former ambassador to the UN with

In fact, the Indian community has overtaken that of secular Jews as the best-educated and wealthiest in the United States.

But the idea of ​​eliminating patents, even temporarily, is controversial. For one thing, producing vaccines is not easy. On the contrary: it is a long, delicate and very expensive process, so eliminating the intellectual property of companies does not mean that there will be a rapid immunization in India. For this reason, some media, such as the 'Washington Post', have argued that, instead of lifting the protection of the intellectual property of existing vaccines, the US should give

In addition, although Moderna, Johnson and Johnson and Novavax benefited from state aid to develop their vaccines, Pfizer did so with US public money (BioNTech did receive funding from the German government), so, according to critics of the measure, It is a measure that can

discourage the investigation of drugs against Covid-19.

Finally, there are other vaccines that are not American.

AstraZeneca is an Anglo-Swedish company, Sputnik is Russian, and in China there are three companies that have launched their own vaccines against Covid-19, and that would not be, at least in principle, affected by the decision.

Coronavirus: The virus turns India into a huge funeral pyre

Pandemic: The Other Faces of India's Devastating Second Wave: Flight in Private Jet and Massive Bathing of Devotees to Wash Out Sins