He killed his wife and fled, but was arrested three days later... being arrested

A man in his 40s, who was accused of killing his wife in Incheon three days ago and running away, was arrested this morning at a motel in Suwon, Gyeonggi-do. He used only cash to win back police chases, but he was eventually caught. 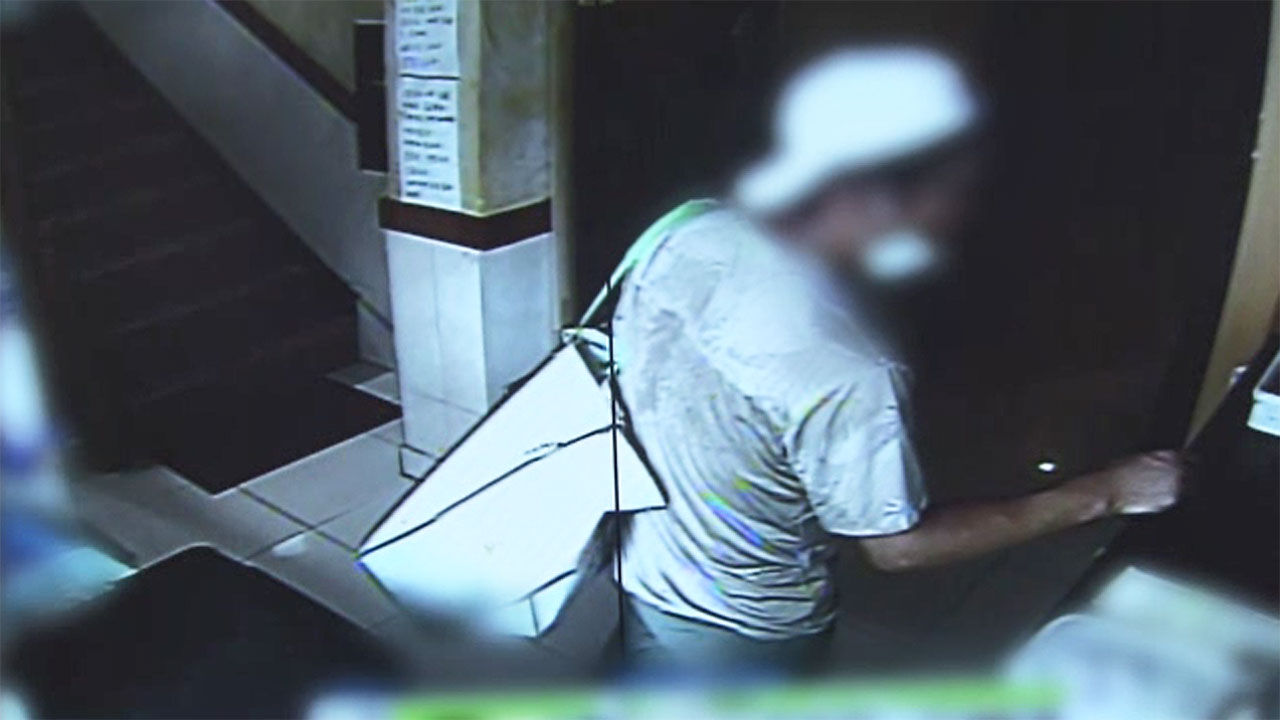 A man in his 40s, who was accused of killing his wife in Incheon three days ago and running away, was arrested at a motel in Suwon, Gyeonggi-do early this morning (7th).

He used only cash to win back police chases, but he was eventually caught.

This morning, on the third floor of a motel in Suwon, several police officers in plain clothes forcibly open the door of one of the rooms and run in.

A man who is dragged out after a while, is Mr. A in his 40s, who is accused of killing his wife by wielding a knife at his wife and mother-in-law in Incheon on the 4th.

Mr. A, who fled in his family's Korando vehicle immediately after the crime, stayed at a Suwon motel yesterday afternoon.

It is known that in order to escape the police pursuit, the vehicle was left for only an hour or two immediately after the escape, and then moved to Suwon only by public transportation after paying cash.

In the room where Mr. A stayed, a black string is tied to the doorknob, and if you look at the room, traces of the police forcefully opening it still remain.

Mr. A hid by tying the outside door, toilet, and guest room door with a string to prevent outsiders such as the police from entering, and resisted strongly when the police came.

[Motel owner: I ripped the door open because I didn't open it.

The doorknob and everything fell off.

The whole floor was a mess, and a scuffle broke out, so they caught that person.] The

police analyzed the CCTV of the escape route and figured out the movement route of Mr.

The police believe that A committed the crime while fighting a couple, and after investigating the circumstances of the incident, they plan to apply for an arrest warrant tomorrow on suspicion of murder.