It is Chuseok, when people are excited about their hometown and family, but become cautious about the corona virus. On the first day of the holiday, as expected, the place was crowded with returnees and outing crowds. 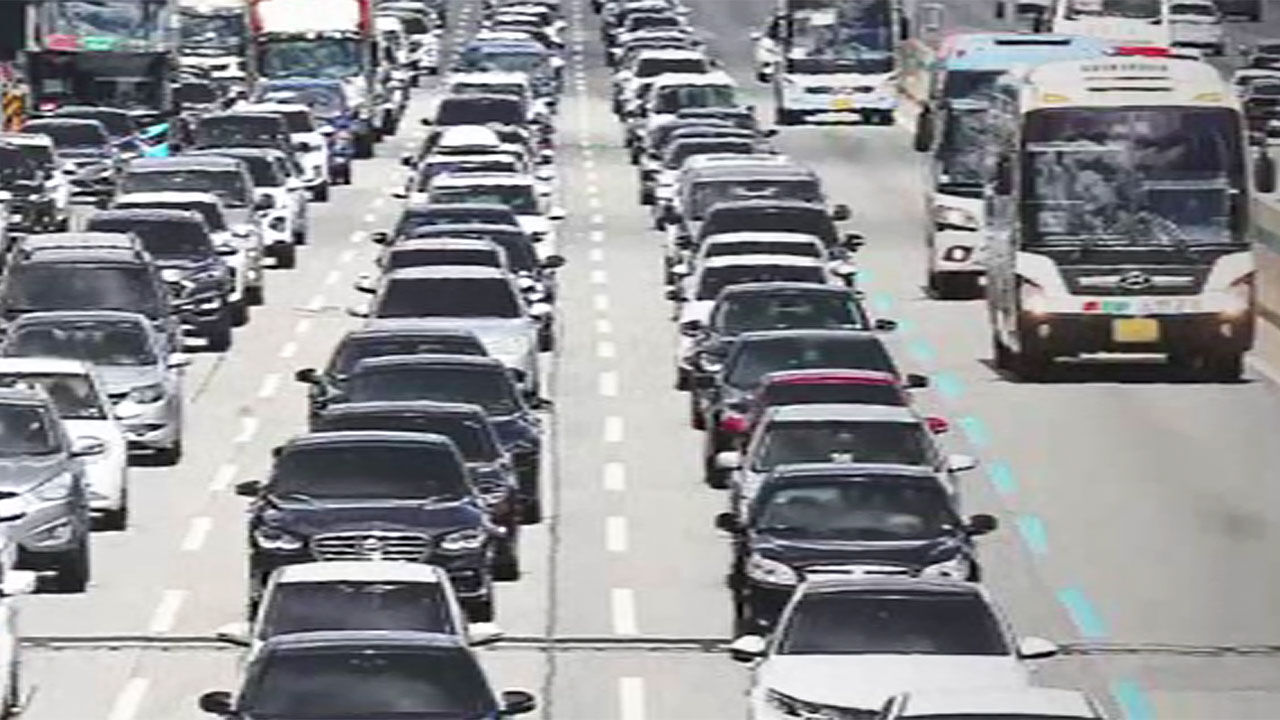 It is Chuseok when people are excited about their hometown and family, but become cautious about the corona virus. On the first day of the holiday, as expected, the place was crowded with returnees and outing crowds. The number of highway traffic and airport users also increased compared to last year's Chuseok.

Reporter Ha Jeong-yeon looked at the sky, the land, and even the sea.

procession of vehicles with tails on their tails. The highways are jammed all over the place, and cars are barely able to speed up.

Citizens who stop by a rest stop after a long and long journey home pack their food and return to their car due to the prohibition of eating in the store.

The Korea Expressway Corporation predicted that the highway congestion would be resolved around 9 pm on the 18th.

Families sitting together on mats on the grass. In the memorial park, the footsteps of the tombs continued from the morning.

They prepare the carefully prepared food and politely bow down to the graveyard.

Hikers waving at the top of the mountain.

The city center of Seoul spread out at a glance, and there were many outings in the clear autumn weather.

The airport was also crowded all day. Waiting is boring, but there is excitement on his face.

[Park Gyeong-ju / Namyangju, Gyeonggi-do: We are going on a trip to Jeju Island with our family for the Chuseok holiday. I am worried about Corona, but I will try to be as careful as possible. We have completed the 2nd round as adults.]

The port was crowded with returning travelers heading to the island. With a gift bag in each hand, the steps towards home seem light.

Although social distancing continues, people are flocking to both the sky road, the land road, and the sea road. There is.