Pegasus: "NSO Group is just one of the companies involved in this business"

A coalition of 17 media coordinated by Forbidden Stories and Amnesty International revealed the massive spying of political opponents and journalists through the Pegasus software by the company ... 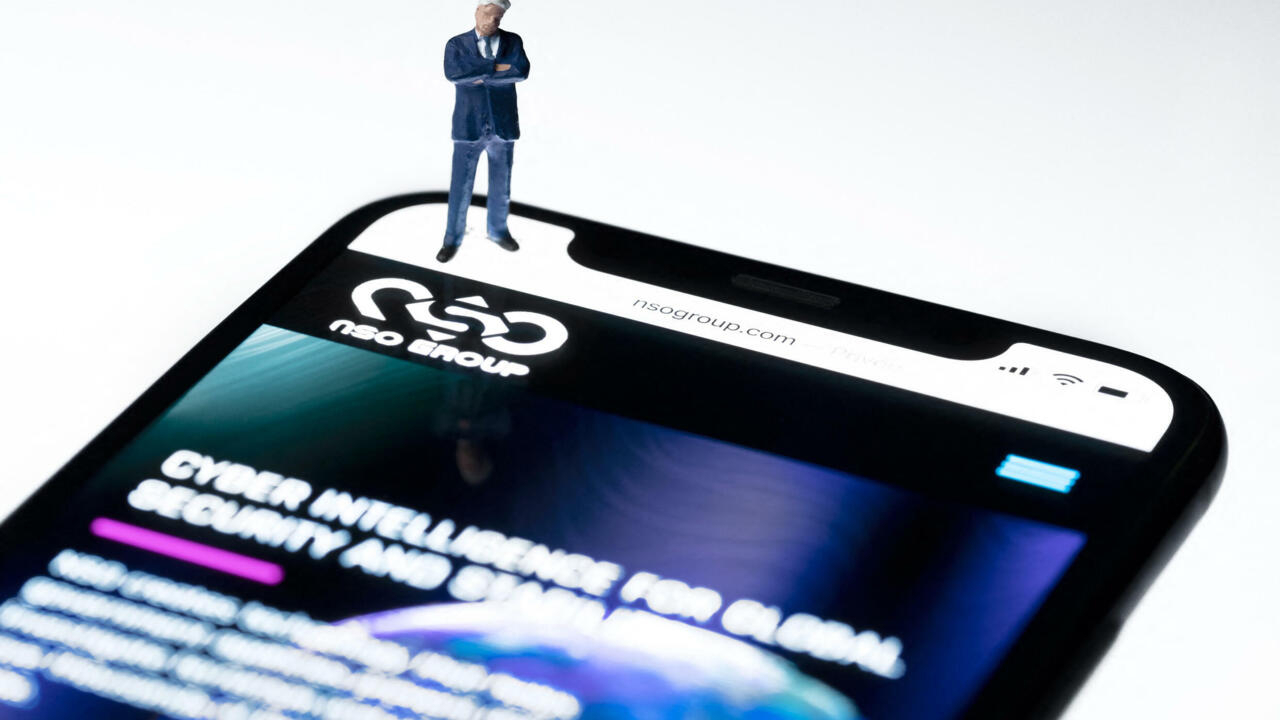 Pegasus: "NSO Group is just one of the companies involved in this business"

AllImagesNewsMapsVideosMoreToolsApproximately 104,000,000 results (0.33 seconds) EnglishFrenchThis studio photographic illustration shows a smartphone with the website of Israel's NSO Group which features 'Pegasus' spyware, on display in Paris on July 21, 2021. - Private Israeli firm NSO Group has denied media reports its Pegasus software is linked to the mass surveillance of journalists and rights defenders, and insisted that all sales of its technology are approved by Israel's defense ministry (Photo by JOEL SAGET / AFP) Web of the Israeli group NSO which presents the spyware "Pegasus", exposed in Paris on July 21, 2021. AFP - JOEL SAGET

A coalition of 17 media coordinated by Forbidden Stories and Amnesty International revealed the massive spying of political opponents and journalists through Pegasus software by the company NSO.

Samuel Woodhams, journalist and researcher for the independent British research firm Top10VPN, specializing in digital law, co-authored a study in May on the spyware market.

He answers our questions on this sector which, until then, did not know the crisis.

RFI: What are these firms that sell spyware to States?

Where do they come from?

There are a lot of businesses out there now.

Our research has shown that the overwhelming majority of manufacturers are based in democratic countries, primarily in Europe, Israel and the United States, as they sell their technology to the most repressive regimes around the world.

What are the names of these large companies?

NSO Group is probably one of the best-known companies, and it is even more so now that it is in the headlines.

was the market leader

This subsidiary of the German group Gamma still has many customers around the world today.

Among the big names in the market, we can also cite the Italian company Hacking team.

And who are the customers

Overall, their clients appear to be governments seeking to control the free flow of information and freedom of expression. Today, the fact that these governments buy this kind of software has almost become a norm. However, it is rarely democracies that are interested in this technology ... According to

on the subject published in May, we know that nearly 80% of these companies are based in democracies and that more than 50% of the clients are authoritarian or hybrid regimes [i.e. in transition to oppressive governments editor's note].

But it's not just authoritarian states that do this.

Are you saying that democratic countries also use this software?

There have been various reports published on the use of similar technology in Europe, and in particular in Spain.

And even before that, democratic countries used technologies directly implemented by the state.

This means that they did not necessarily need to hire private companies since they made these tools themselves to monitor people.

So, I think that this phenomenon is not only happening in authoritarian countries, but obviously the latter represent a greater risk because of the overall lack of protection of the rights of individuals.

►Also listen: International guest - “Pegasus” scandal: “These software are used to monitor the population at large”

When did these firms start their activity?

Is it a recent business?

No, they've been around for a while, at least seven or eight years.

Problem: It is done much faster than what the makers of our phones can keep up with.

So in conclusion, this technology has been around in various forms for quite a long time now, but the speed at which they are evolving is definitely accelerating.

And when did this business start to alert public opinion?

Was there a trigger?

Obviously, these companies are very secretive and they have done everything to act in the shadows.

They were very successful in hiding their actions at the start.

But as soon as the details of these technologies were released, people became concerned.

It is impossible not to be concerned that this technology poses a risk to people's privacy and security.

So people have been in the know for several years now, and I think the media have played an active role in making up for the lack of knowledge on these subjects.

So these technologies present a risk for individuals?

There have been many situations where this technology has been able to impact people's lives.

NSO Group, for example, has been accused of being linked

to the murder of Jamal Khashoggi

Time and time again, we see that this technology is used for the sole purpose of violating human rights, and it is happening all over the world.

Finally, can we say that these companies earn money mainly from authoritarian states?

I think repressive states are the most likely to want to buy this technology because they are also the most likely to want to hunt down their opponents. But it's not just repressive states that do it. There have been various reports published on the use of similar technology in Europe, and in particular in Spain. And even before that, democratic countries used technologies directly implemented by the state. This means that they did not necessarily need to hire private companies since they made these tools themselves to monitor people. So I think this phenomenon doesn't just happen in authoritarian countries,but obviously the latter represent a greater risk because of the general lack of protection of the rights of individuals.

But there are no rules to regulate the market and contracts that can have an impact on human rights?

Have these firms never been sued?

There have been multiple attempts to curb these companies, but they have proven to be very ineffective.

So what we have seen and what we are currently continuing to see is that the market is largely unregulated.

Companies are free to manufacture and then sell their technologies to governments around the world, regardless of their human rights impacts, which is obviously of great concern.

Do you think the Pegasus scandal will make a difference?

But this isn't the first time we've heard about these misused technologies.

And for this to be the latest scandal, a lot of changes would have to take place, both on the business side, but also on the side of the governments that allow these technologies to be exported beyond their borders.

Isn't Pegasus just the tip of the iceberg?

Should we expect new revelations in the coming months?

And I think this story has shown that NSO Group is just one of the companies involved in this business.

They are certainly not the only ones making this technology.

And I think there are countless other people in the world who could potentially be watched right now, and who don't know it.