In Brussels, the 27 ambassadors of the States of the European Union agreed on October 5 for a new package of sanctions against Russia. They will come into effect as soon as… 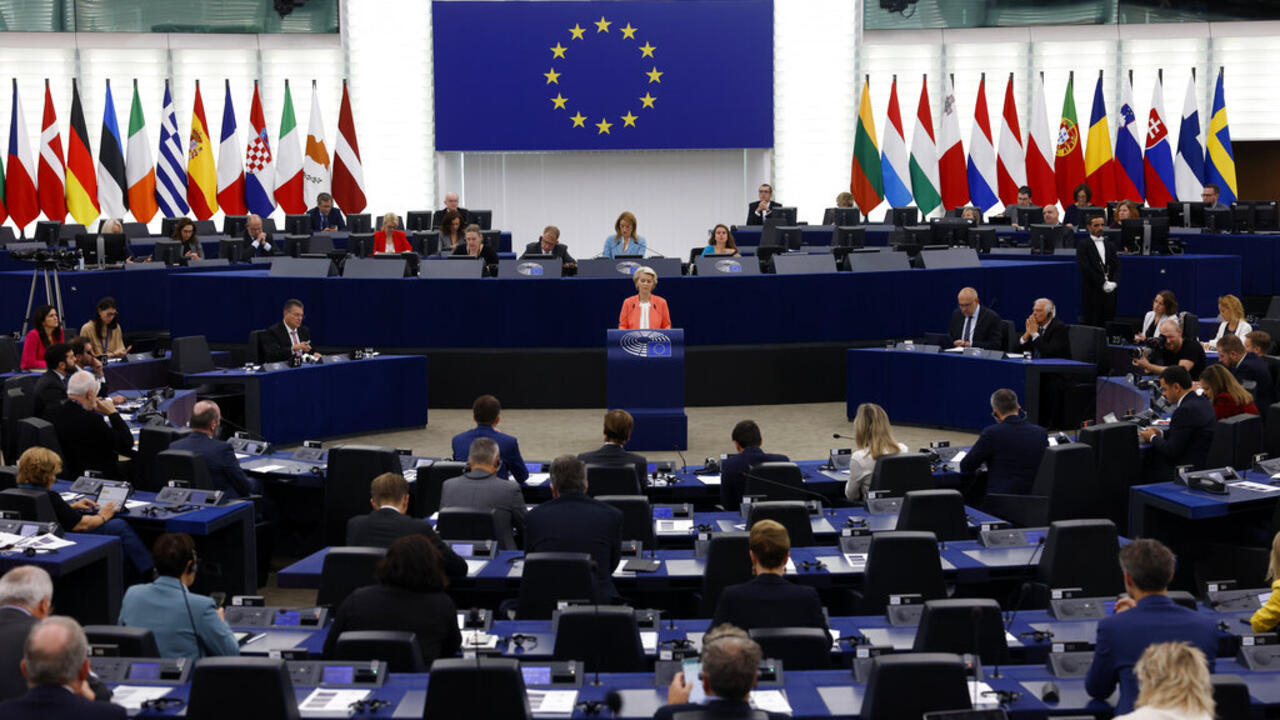 The President of the European Commission, Ursula von der Leyen, at the European Parliament, Wednesday, October 5, 2022, in Strasbourg.

In Brussels, the 27 ambassadors of the States of the European Union agreed on October 5 for a new package of sanctions against Russia.

They will enter into force as soon as they are published in the official journal of the European Union.

These sanctions follow the annexation by Russia of the four Ukrainian regions last week and they have been expected for several days.

From our correspondent in Brussels

It took extensive negotiations between the Twenty-Seven to reach agreement on this eighth package of sanctions.

The stumbling block in this negotiation was the European Union's desire to hit Russian oil.

Hungary had warned through the voice of Prime Minister Viktor Orban that it was against new sanctions, but in the end the reluctance of the Magyars was quickly lifted and it is above all with Cyprus, Malta and Greece that there had disagreements.

The idea of ​​capping the price of oil transported by boat was rejected by these three countries, which feared losing their maritime contracts in the face of competition from Turkey, which does not apply EU sanctions.

Other sanctions that will hit Russia include a new export ban on electronic components, aircraft parts and chemical substances to deprive Moscow of high-tech military equipment.

Diamonds, on the other hand, were removed from the sanctions list in the face of a Belgian

For the new list of sanctioned persons, it is known that the EU wants to freeze their assets and declare personæ non gratæ all those who were involved in the referendums deemed null and void in the four Ukrainian regions.

Galia Ackerman, journalist: "Russia has annexed territories it does not control"

In Strasbourg, the European Parliament also debated this morning the Russian escalation in the war against Ukraine in the presence of the President of the European Commission Ursula Von der Leyen.

First certainty shared by many in the hemicycle, the war in Ukraine has reached a turning point, says

In any case, it has changed face, assures the President of the Commission Ursula Von der Leyen before the MEPs:

“The Ukrainian army continues to report impressive victories in its fight against the aggressor.

Now is the time not to change course and to tell our Ukrainian friends that we will remain by their side for as long as necessary”.

A political debacle is added to the military debacle.

Senior regime officials are publicly accusing each other of

And that tells us that the chain of command and the president himself are no longer untouchable.”

Most of the deputies - almost all groups combined - are calling for the continuation of arms deliveries, also for a strengthening of sanctions against Russia.

But implicitly, the consequences of the war on energy prices are there, insists Pedro Marques, Portuguese Socialist MEP:

“We must support all Europeans who are suffering from the consequences of this war.

The electricity and gas markets must be reformed in order to combat speculation and reduce bills.

This is what we are going to vote for, asking for immediate action from the institutions”.

A resolution recalling the position of the European Parliament on the conflict will be voted on tomorrow.

It could appear there for the first time the idea of ​​the possible end of a conflict with - perhaps - a Russian defeat.

►Also read: War in Ukraine: maps released by the Russian army confirm its decline in Kherson