“Indirect data point to a Western trace”: in the Russian Federation, the possible organizers of sabotage on the Nord Streams were named

The available circumstantial evidence suggests the involvement of the West in the explosions at the Nord Stream, said the director of the Foreign Intelligence Service, Sergei Naryshkin. Deputy Prime Minister Oleksandr Novak, for his part, said that the countries that took a negative position in relation to this project, namely the United States, Ukraine and Poland, were interested in decommissioning the pipelines, which at one time argued that “this infrastructure will not be work". Experts believe that the Nord Stream incidents may be most beneficial to Washington, which has long sought to "burn bridges between Russia and Europe" and prevent the resumption of contacts between Moscow and Brussels. 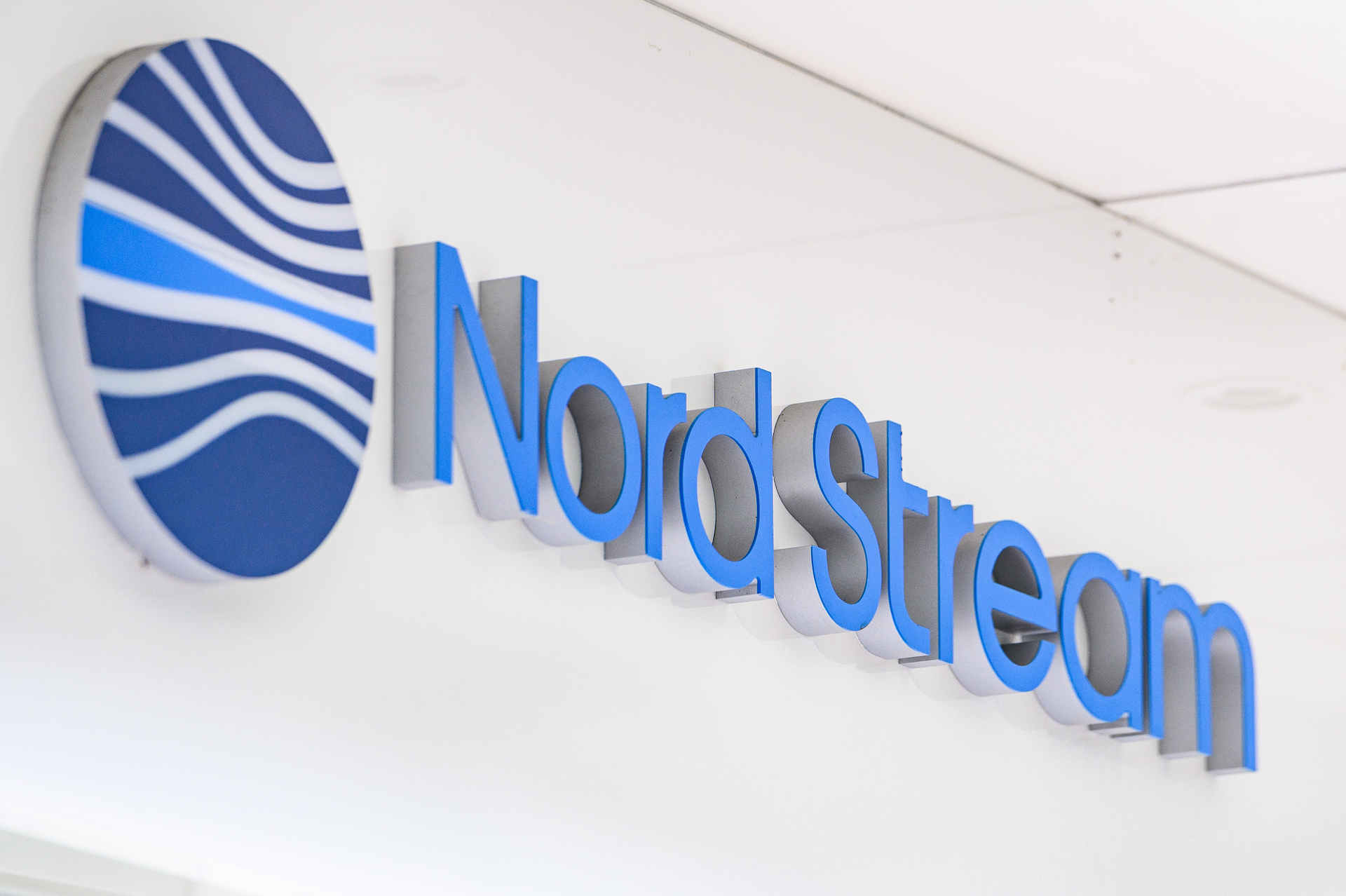 Indirect evidence points to the involvement of the West in the incidents on the Nord Stream and Nord Stream 2 gas pipelines, said Sergei Naryshkin, director of the Russian Foreign Intelligence Service.

“We continue to collect facts.

While they are indirect, but indirect data - both those that were publicly presented earlier, and those that have appeared and are not yet public - they, of course, point to a Western trace, ”Naryshkin said in an interview with Pavel Zarubin in the Moscow.

Deputy Prime Minister Oleksandr Novak said that countries that took a negative position in relation to this project, namely the United States, Ukraine and Poland, were interested in decommissioning the pipelines, which at one time said that “this infrastructure will not work”, and promised do everything for it.

“Today, we proceed from the fact that it is necessary first of all to figure out who did this, and we are sure that certain people who previously expressed the country’s positions are interested in this,” the Deputy Prime Minister also said in an interview.

At the same time, Novak expressed confidence that “there are technical possibilities” to restore the pipeline infrastructure, but this will take time and money.

“I am sure that appropriate opportunities will be found,” he stressed.

The fact that the United States or Great Britain could attack the Nord Stream and Nord Stream 2 gas pipelines was also reported by a retired American colonel, former adviser to the head of the Pentagon, Douglas McGregor.

According to him, the pipes are quite strong due to their design, which means that hundreds of kilograms of TNT are needed to damage them.

“The Russians didn't do it.

The idea that it was them, in my opinion, is absurd.

) who insist that the Russians destroyed their own pipeline, ”McGregor said on the Judging Freedom YouTube channel.

— We need to see which state entities had the opportunity to implement this.

This is the Royal Navy (Great Britain. -

), the US Navy ... Special Operations Forces ... I think this is quite obvious.

Recall that the terrorist attacks occurred on September 26 at once on two Russian export gas pipelines to Europe.

Germany, Denmark and Sweden do not rule out targeted sabotage.

As the Danish Energy Agency reported on October 2, the gas leak on the Nord Stream gas pipeline has stopped.

According to him, this is how they actually began to destroy the pan-European energy infrastructure.

“Sanctions are not enough for the Anglo-Saxons, they have turned to sabotage – unbelievable, but true,” the Russian leader said.

It's obvious to everyone who benefits from this.

Whoever benefits, he did, of course.

The US dictate is based on brute force, on fist law.

Sometimes beautifully wrapped, sometimes without any wrapper, but the essence is the same - fist law.

The fact that the main beneficiary in the situation around the Nord Streams, primarily economic, is the United States, was also said earlier by Secretary of the Security Council of the Russian Federation Nikolai Patrushev.

The international media also write about the possible involvement of the United States in the incidents.

As noted by the American magazine National Review, if such a fact is established, it will entail "a serious and immediate problem."

According to He Zhigao, a researcher at the Institute of European Studies of the Chinese Academy of Social Sciences, quoted by the Global Times, the possibility of a “further escalation of confrontation” between Russia and the West over the pipeline situation cannot be ruled out.

“Sabotage on the Nord Stream gas pipelines will introduce even more uncertainty and increase the likelihood of an armed conflict between the United States and Russia.

The strategic rivalry between the West, led by the US and Russia, will continue or even intensify.

Recall that the United States denied its possible involvement in what happened on the Nord Stream and Nord Stream 2 gas pipelines, and NATO said that it was "a deliberate, reckless and irresponsible act of sabotage."

The bloc also promised to respond to any deliberate attack on critical Allied infrastructure.

According to experts, the Nord Stream incidents may be of some benefit, primarily for the United States.

“The main beneficiary in this story is Washington, which, quite likely, initiated these states of emergency, it is not so important whose hands - their own or British.

The main thing is that they needed it to burn the bridges between Russia and Europe.

So that the Europeans do not even look back, do not allow a possible resumption of relations with the Russian Federation, so that they boldly impose sanctions, especially Germany, ”said Igor Yushkov, a leading analyst at the National Energy Security Fund, in an interview with RT.

According to him, sabotage at Nord Stream is beneficial to Washington from both political and economic points of view.

“The United States is now the main supplier of LNG to the European market, they are interested in further increasing supplies.

In fact, Europeans are being told: go to our companies and negotiate future gas supplies, in a few years there will be a new wave of commissioning of blue fuel liquefaction plants, so focus only on this, don’t even think that you will ever come from Russia receive gas," the expert explained.

In addition, he suggested that the attack on the pipelines could also be a kind of "image move by the United States."

“The United States imposed sanctions against Nord Stream 2, preventing it from being completed, but Russia still brought the matter to an end.

It was a dangerous precedent for the White House.

Yes, and Biden hinted that there would be no gas pipeline in the event of a conflict in Ukraine, ”the analyst recalled.

As he noted, no country other than the United States will receive such colossal benefits from the situation around the emergency at Nord Stream.

“I would be very surprised if the Americans were not the customers of these explosions.

Only Washington had plenty of not only political, but also economic reasons that would suggest that it would be a good idea to make explosions.

Washington's main interest here is to strengthen control over the EU economy and accelerate its destruction.

Already, there is an outflow of industrial enterprises from the EU to the United States due to energy prices, ”the expert said in a commentary to RT.

“In the event of a harsh winter, with such a gas infrastructure, it was possible to return to Russian gas purchases at any time, to agree on Nord Stream 2, but now it is impossible to do this promptly.

This "insurance", which was in Germany, no.

If something happens to supplies, Europe will have nowhere to take gas from, since both pipelines are damaged, ”the analyst argues.

According to Alexander Frolov, although the consequences of a strike on the Nord Stream infrastructure will be extremely painful for the European Union, they are unlikely to want to allow Russia to investigate in order to identify the true culprits of what happened.

“No one among European officials is going to prove that the United States did it, even for purely political reasons.

Although the EU understands that the organizer of the explosions is most likely Washington, the consequences of a public recognition of this fact for Brussels will be much worse than stubbornly ignoring the obvious and trying to blame the Russian Federation.

The West will now try its best to lay responsibility on Russia, ”the expert concluded.