Nord Stream gas pipeline leak: the theories behind the sabotage

The sabotage thesis is highly favored to explain the spectacular leaks from the Nord Stream gas pipelines. If the hypothesis of simultaneous accidental failures seemed ruled out on Wednesday, the… 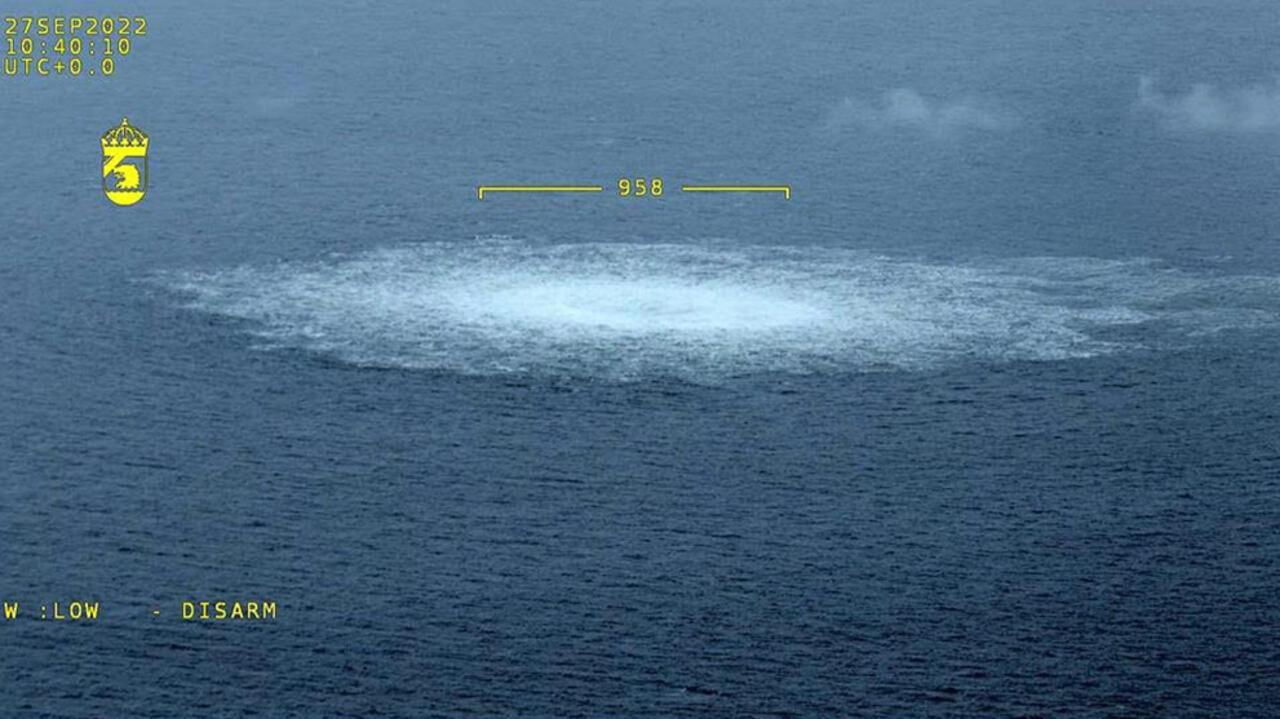 The origin of the leaks on the Nord Stream gas pipelines still raised many questions, Wednesday, September 28, while the thesis of sabotage is now widely favored.

The Swedish intelligence service has announced that it is leading an investigation into "aggravated sabotage" after the explosions suspected of having caused leaks on the Nord Stream 1 and 2 gas pipelines in the Baltic Sea.

France expresses its full solidarity with Denmark 🇩🇰 & Sweden 🇸🇪 following the damage to the NordStream 1 and 2 gas pipelines in the Baltic Sea, which are, according to all available information, the product of deliberate acts.

The three leaks identified since Monday are located in the Baltic Sea, off the Danish island of Bornholm, between southern Sweden and Poland.

A highly guarded area for decades.

“In the past, the USSR based spy submarines with special engineering capabilities on the seabed,” independent naval analyst HI Sutton recalls on Twitter.

Since then, the Baltic countries have joined NATO.

But the leaks occurred in international territorial waters where everyone can circulate.

"Today, the Russian Navy has the largest fleet of spy submarines in the world. They are based in the Arctic. They would be able to degrade a pipeline in the Baltic", assures HI Sutton.

But on Tuesday, he considered the hypothesis "improbable".

A "state actor" at work

The operation requires intervention at a depth of 70 meters.

"It's heavy. Damaging two gas pipelines at the bottom of the sea is an important event, so a state actor is likely", notes Lion Hirth, professor at the Hertie School in Berlin, implicitly dismissing the terrorist or villainous act.

But a competent army knows how to do it.

The area is "perfectly suited to midget submarines," a senior French military official told AFP, citing either the option of combat swimmers sent to lay charges, or that of a mobile mine or drone. submarine.

"The drone starts from a submarine which can stay several nautical miles from the target point. It drops its drone-mine, which sails at around ten knots, near the bottom", he explains.

"The target is fixed so it's not very complicated."

On the other hand, the torpedo hypothesis, useful rather for a moving target, is according to him less plausible.

The explosion "corresponds to several hundred kilos of TNT equivalent", he specifies.

The Norwegian seismological institute NORSAR, which specializes in detecting earthquakes and nuclear explosions, estimated the second detonation at 700 kilos.

The chancelleries point the finger at Moscow which, itself, does not exclude “any hypothesis” and recalls that the gas which escapes from the gas pipelines belongs to it.

“The Baltic Sea is confined and shallow and almost every movement is tracked and observed by the littoral states and their ships,” notes Julian Pawlak, of Helmut Schmidt University in Hamburg.

“Ships and submarines are capable of deploying covert combat divers there” and other remotely guided underwater vehicles.

But nothing is impossible for an army experienced in the art of clandestine operations.

"It's called a naval special operation. It's not easy but it's done," summarizes the French military source.

It may take time for the truth to credibly emerge.

Some analysts observe in this respect that vagueness benefits many players.

“It remains to be seen who is responsible for the operation,” adds this military source.

"Other countries have an interest in the 'pipe' never being able to work again".

In fact, the opponents of Nord Stream 2 have been numerous for years, the United States in the lead.

On February 7, shortly before the Russian invasion of Ukraine, US President Joe Biden raised the possibility of "ending" it.

Asked about the method used for an infrastructure under the control of his German ally, he replied: "I promise you, we will be able to do it".

The video has been circulating widely for 24 hours on social networks.

Biden: "If Russia invades...then there will be no longer a Nord Stream 2. We will bring an end to it."

Reporter: "But how will you do that, exactly, since...the project is in Germany's control?"

Biden: "I promise you, we will be able to do that."

On Tuesday, moreover, Poland, Norway and Denmark inaugurated a strategic gas pipeline which will allow Poles and Europeans to be less dependent on deliveries from Moscow.

"The era of Russian gas domination is coming to an end," Polish Prime Minister Mateusz Morawiecki said at his inauguration.

Two certainties at this stage: first, the event is linked to the war in Ukraine.

“NATO maritime command and allied ships are considering and preparing for hybrid activities, including the sabotage of critical infrastructure, on the sidelines of the main objective of collective defense”, assures Julian Pawlak.

Second, it creates additional instability in the European economy.

"It's a stark reminder of the vulnerability of our energy infrastructure," said Lion Hirth.

He favors the Russian track.

"If that's true, that's quite worrying. At the very least, it means that Russia...is sending the clearest possible signal that it won't deliver any more gas in the near future."

Whoever they are, those who attacked Nord Stream also make clear that they could strike at other energy infrastructures serving a Europe thirsty for gas and oil.