Former hurricane Fiona, now a post-tropical storm, finally hit Canada on Saturday. The damage is heavy: many citizens no longer have access to electricity, houses have been swept away and trees completely uprooted. Justin Trudeau has announced that he is ready to provide "additional resources" to help the victims. 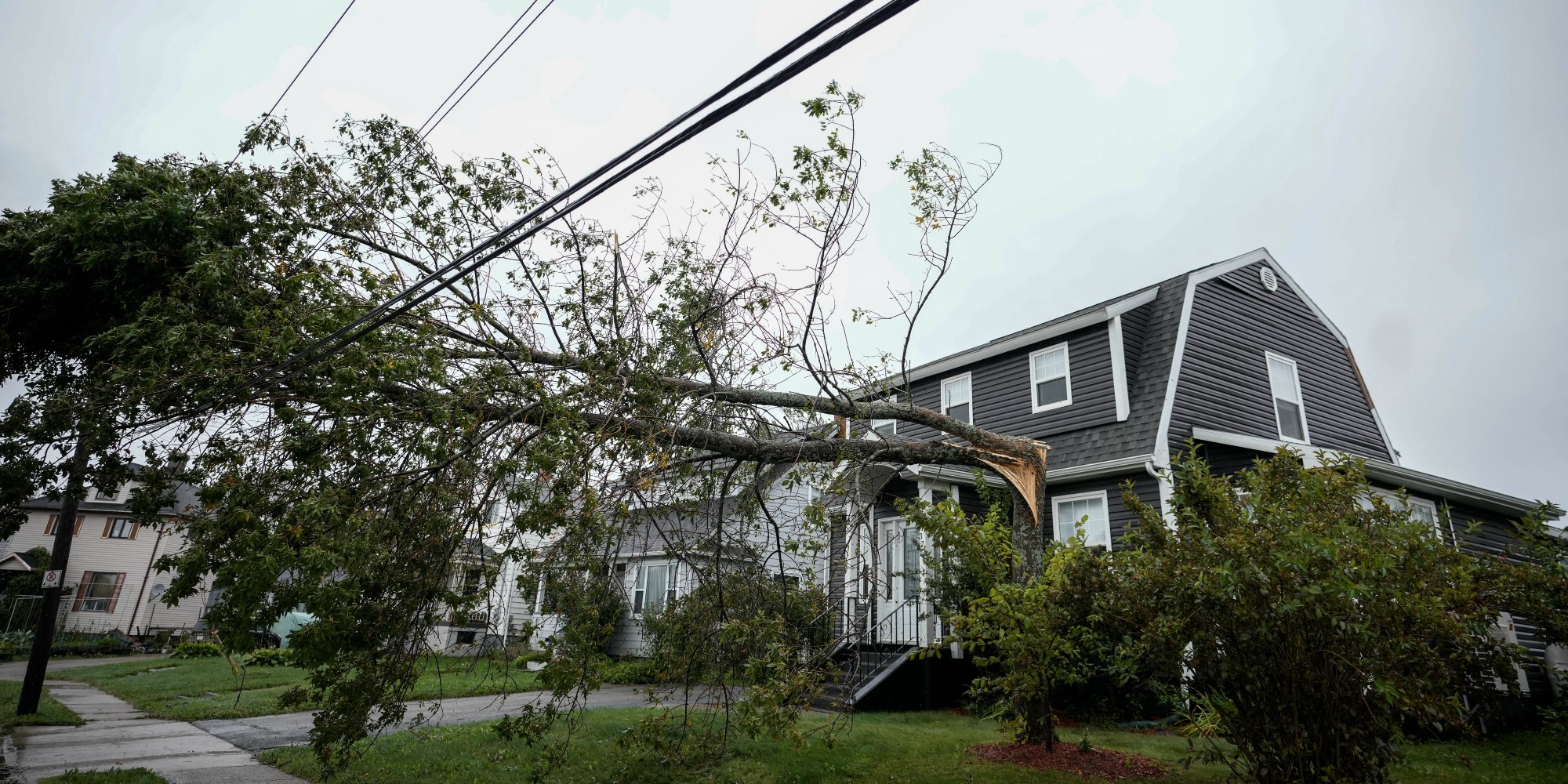 The damage is heavy: many citizens no longer have access to electricity, houses have been swept away and trees completely uprooted.

Justin Trudeau has announced that he is ready to provide "additional resources" to help the victims.

Post-tropical storm Fiona, a former hurricane that hit Canada's Atlantic coast hard on Saturday with a missing woman and half a million homes without power, was heading north on Sunday, continuing to weaken gradually.

With maximum sustained winds of 80 kilometers per hour, Fiona will reach the Labrador Sea during the day and "will continue to give strong winds over northern Newfoundland, southeastern Labrador and parts of the southeastern du Québec" on Sunday morning, according to the Canadian Hurricane Center.

"These winds will decrease later in the day."

Two women were washed away in Channel-Port-aux-Basques, Newfoundland, a police spokeswoman said on Saturday.

One of the two victims, carried away after the collapse of his house, was rescued and hospitalized, the other remains missing.

At least 20 homes have been destroyed and the area looks like "a war zone," Channel-Port-aux-Basques mayor Brian Button said Saturday night in a video posted on Facebook.

Orders had been given to boil the water, he added, encouraging residents to take refuge in a local school.

All public weather alerts for NL

Gale warnings are still in effect for some of our marine areas.https://t.co/iUsGh7YHZ5#NLmeteopic.twitter.com/dztUne8Tow

Some homes will be without power "for several days", warned the director of the operator Nova Scotia Power, Peter Gregg.

"It will take time for Nova Scotia to recover. I just ask everyone for patience," Nova Scotia Premier Tim Houston said in a statement.

Rainfall of up to 192 millimeters was recorded in Nova Scotia and waves up to 12 meters high hit that province as well as western Newfoundland, according to weather services.

Fiona made landfall in Nova Scotia early Saturday with winds of 144 km/h.

"I woke up around 5 a.m. because my bed was shaking!" Shaun Bond, who lives in Sydney, Nova Scotia, told AFP.

"I live on the second floor of a century-old house and she was moving and making noises like I've never heard before."

Measures are being taken to help people in Atlantic Canada and eastern Quebec who are suffering the effects of Hurricane Fiona.

I talked today about the steps we're taking to get them the support they need, check it out: pic.twitter.com/SBDPNxcO56

"Thinking of all those affected by Hurricane Fiona. Know that we are with you," tweeted Canadian Prime Minister Justin Trudeau, announcing that federal authorities stood ready to provide "additional resources".

Justin Trudeau, who canceled his participation in Japan at the funeral of former Prime Minister Shinzo Abe, assured journalists on Saturday "to follow the situation very closely".

Several deaths in the Caribbean and Central America

The French archipelago of Saint-Pierre-et-Miquelon, south of the Canadian province of Newfoundland and Labrador, had been placed by the Météo-France institute under yellow vigilance for strong winds and orange vigilance for dangerous seas. .

Fiona passed Friday off Bermuda without causing any casualties or major damage, after sowing death and destruction in the Caribbean.

The hurricane killed at least seven people last week, including four in Puerto Rico, two in the Dominican Republic and one in Guadeloupe (France).

Floods in Guadeloupe: a person dies "carried away with his house" by the waves

On Sunday, as the Caribbean healed its wounds, Cuba, Jamaica and Florida (United States) braced for the arrival of Tropical Storm Ian which is expected to strengthen in the coming days to reach or approach hurricane strength. , according to the US National Hurricane Center (NHC).

Storm Ian is expected to ascend via the Gulf of Mexico towards Florida, where the Kennedy Space Center is located and placed under a state of emergency by US President Joe Biden.

NASA announced on Saturday that it was abandoning the take-off scheduled for Tuesday of its new mega-rocket for the Moon.

The Artemis 1 mission has already had two failed launch attempts a few weeks ago due to technical problems.