Pakistan's Crisis Management Authority said 19 people died in the past 24 hours as a result of floods that inundated a third of the country. 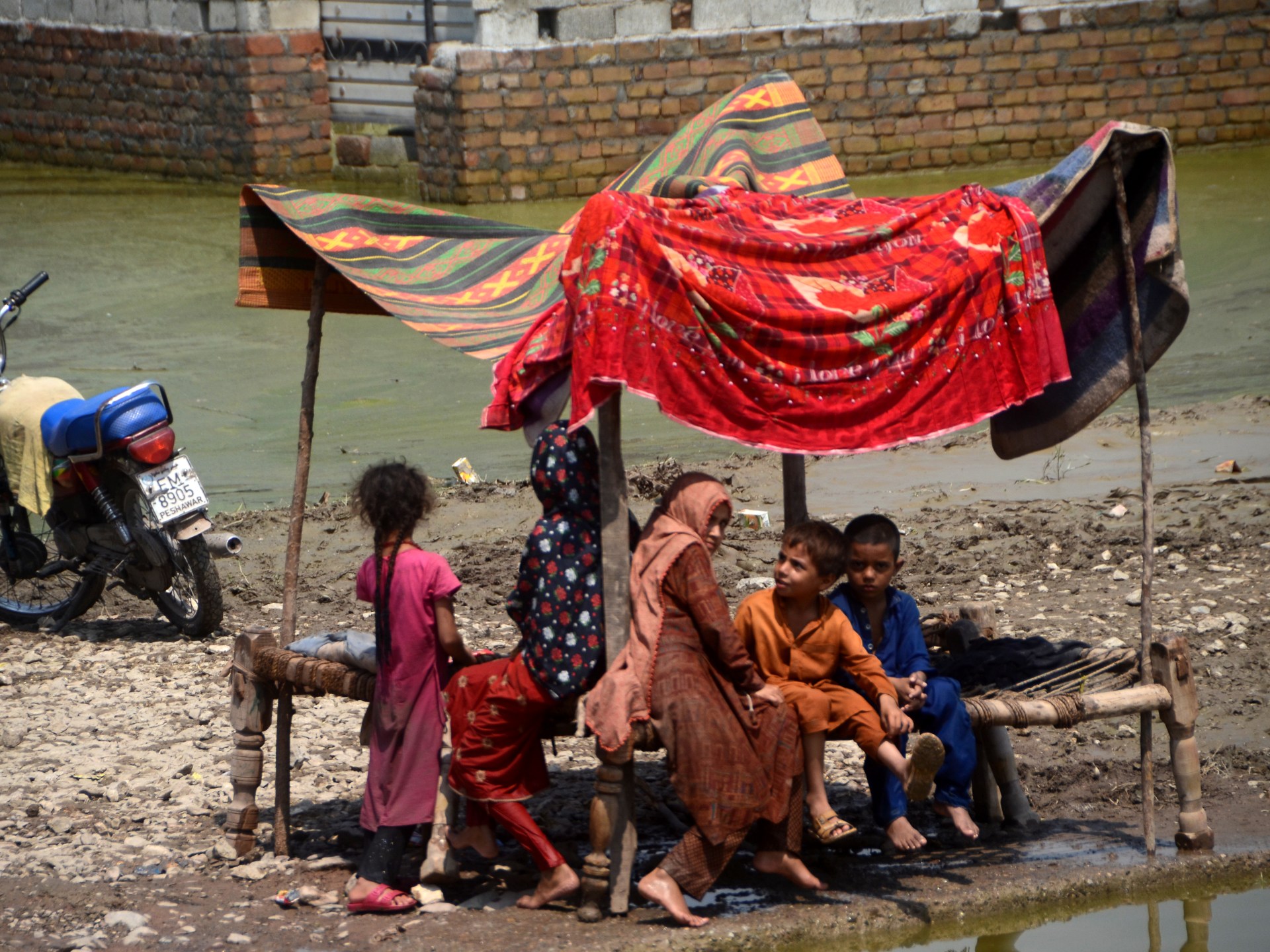 Pakistan's Crisis Management Authority said 19 people died in the past 24 hours as a result of floods that inundated a third of the country.

The authority announced that the number of flood victims had risen to 1208, in addition to the complete and partial destruction of about one million homes, and the death of more than 800,000 head of livestock.

In the worst-affected province of Sindh in the south of the country, a 1,000 square kilometer lake was formed due to the monsoon rains.

Parts of the province are inundated with water, and hundreds of families have taken to roads, which have become the only dry land for many of them.

The authorities in the southern regions of Pakistan had warned that the Indus River might overflow, because its tributaries overflowed and crossed the banks.

The United Nations has called for $160 million to help in what it described as an "unprecedented climate catastrophe".

The World Health Organization said more than 6.4 million people are in urgent need of humanitarian assistance.