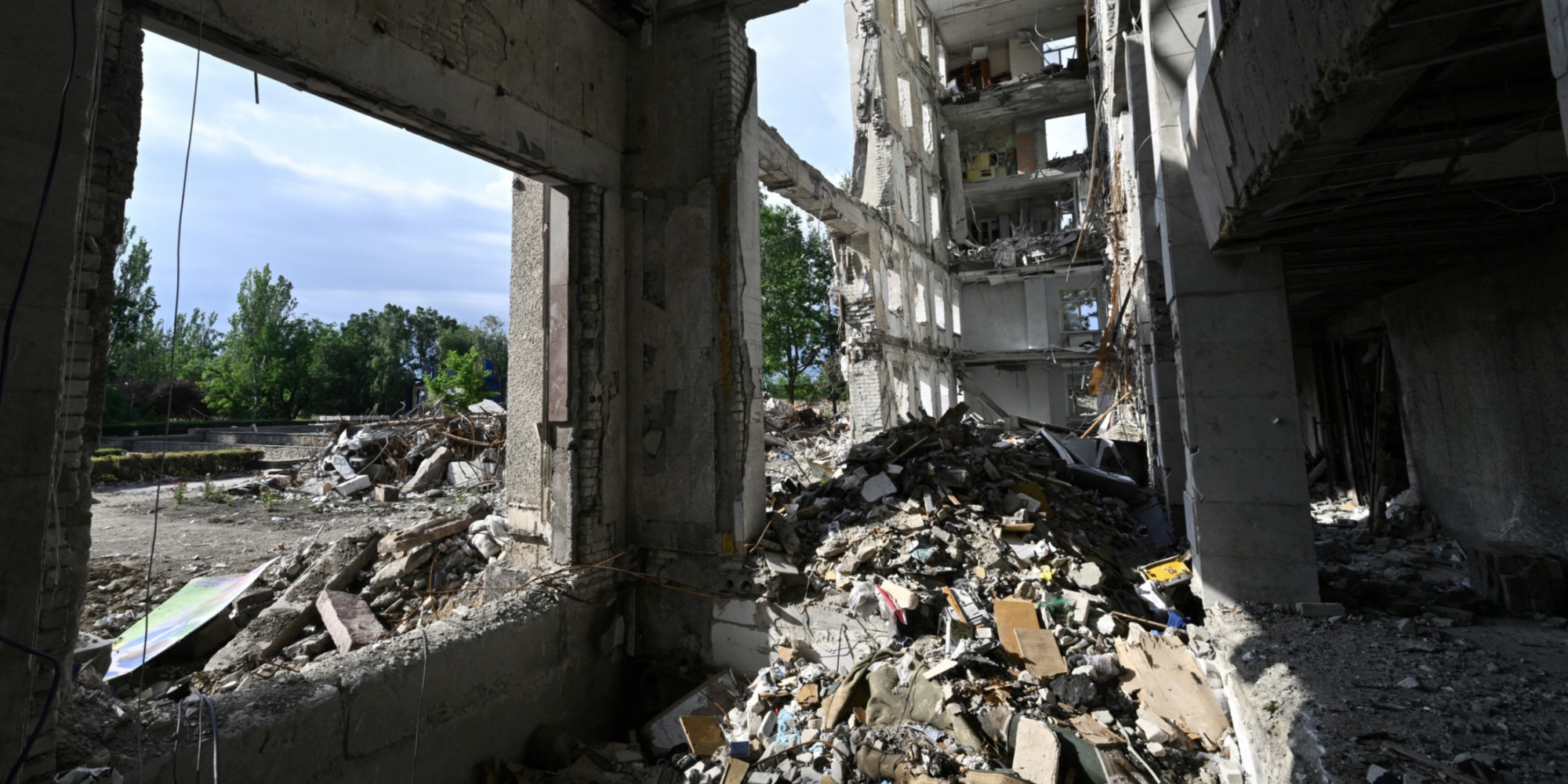 kyiv says it is "making progress"

The staff of the Ukrainian armed forces announced Sunday evening its withdrawal from the city of Lyssytchansk, at the heart of fierce fighting in recent weeks, recognizing the "superiority" of Russian troops on the ground, in this region of Lugansk, in the eastern Ukraine.

After taking Lyssytchansk, the centerpiece of the plan to conquer this largely Russian-speaking industrial basin of the Donbass and partly controlled by pro-Russian separatists since 2014, the Russian army now seems to be concentrating its efforts on Sloviansk and Kramatorsk, two major cities more to the west, pounded relentlessly since Sunday.

In his speech on Sunday evening, Ukrainian President Volodymyr Zelensky tried to put on a good face, insisting on the other front lines, where kyiv claims to be "progressing", in the regions of Kharkiv (northeast) or Kherson (south).

“A day will come when we will say the same about Donbass,” assured President Zelensky.

In Sloviansk, a city of around 100,000 inhabitants before the war, Russian strikes killed six people on Sunday, including a nine-year-old girl.

"Her name was Eva. She would have been ten years old in August," said President Zelensky.

The Ukrainian authorities are now calling on residents to leave the region, while the front line is only a few kilometers from Sloviansk.

In Siversk, about twenty kilometers west of Lyssytchansk, the Ukrainian forces seem to want to rely on a line of defense between this city and Bakhmout, in order to protect Sloviansk and Kramatorsk.

Anti-aircraft alerts also sounded in the night from Sunday to Monday until Odessa.

In Ukraine, no one ventures any longer into predictions about the duration of the war.

"At first, our specialists said the war would end quickly, then they said, 'It will be over by Constitution Day' (June 28), then by Independence Day (August 24). , now they don't say anything," Lioudmila Yachtchouk, 55, a resident of kyiv, told AFP.

The outcome of the uncertain fighting in Boutcha

In Boutcha, a city-martyr, even if some have gone back to planting flowers at the foot of buildings or busying themselves in the vegetable garden, the inhabitants do not yet dare to think of reconstruction, when the outcome of the fighting remains so uncertain. .

"We go to bed without knowing if we will wake up tomorrow," breathes Vera Semeniouk, 65.

"Everyone has come back, is starting to repair the houses, many are putting in new windows. It would be terrible if it started again and you had to leave everything again."

At the same time, even though the outcome of the war still remains totally uncertain, the Lugano Conference, planned well before Russia invaded Ukraine at the end of February, will attempt on Monday and Tuesday to draw the outlines of the future reconstruction of Ukraine.

They must meet there in particular the President of the European Commission, Ursula von der Leyen, to lay the foundations of the "Marshall Plan" for Ukraine, even though there is no end in sight to the war and that figures range from tens to hundreds of billions of dollars.

For Robert Mardini, the director general of the International Committee of the Red Cross, if the reconstruction itself will have to wait for the end of the fighting, it is however vital to give "a positive perspective to civilians", he explained to the Swiss public channel RTS.

"Ukraine's recovery from Russia's war of aggression will be a symbol of the power of democracy over autocracy. It will show Putin that his attempts to destroy Ukraine only resulted in a nation stronger, more prosperous and more united," said the head of British diplomacy, ahead of the conference.

For its part, the International Olympic Committee will triple its direct financial assistance to Ukrainian athletes so that they can "hoist high" their flag during the Paris 2024 Games and then the 2026 Winter Games, the IOC President announced on Sunday. , Thomas Bach.

Traveling to kyiv, Thomas Bach, who was speaking alongside Ukrainian President Volodymyr Zelensky, also indicated that "the time had not come" to modify the position of the IOC, which recommended an exclusion of Russian and Belarusian athletes of all international sporting events.