The leader of the Sadrist bloc in Iraq, Muqtada al-Sadr, confused the calculations of his rivals in the Shiite forces affiliated with the coordination framework and their allies to form the new government, after a leader close to him published a letter that would move the street. 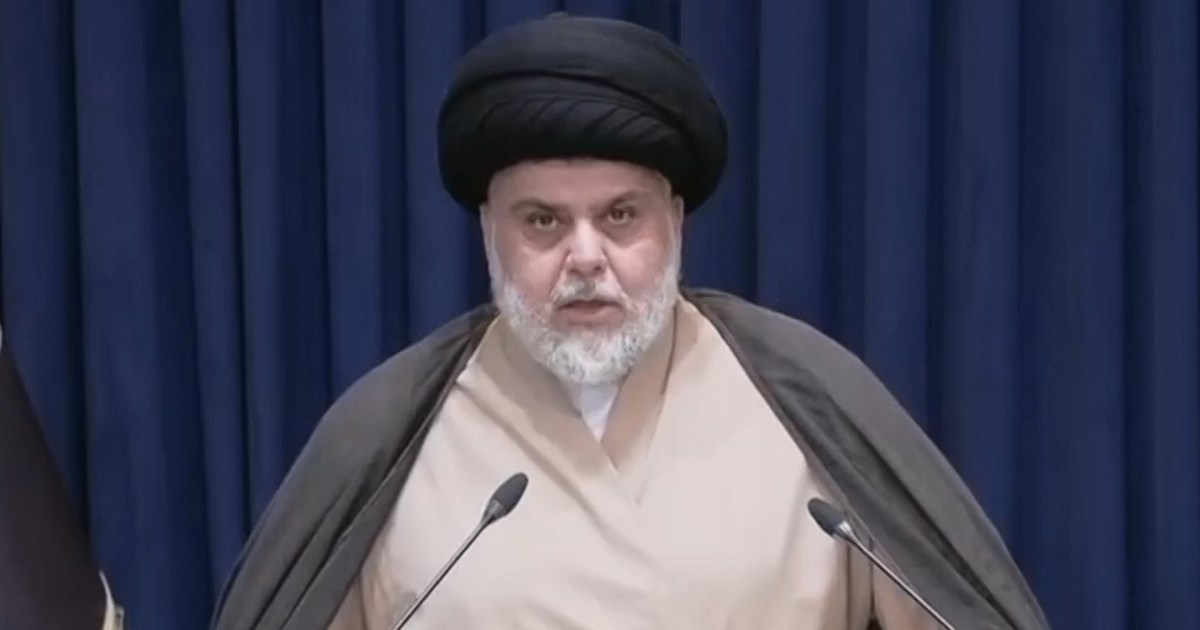 The leader of the Sadrist bloc in Iraq, Muqtada al-Sadr, confused the calculations of his rivals in the Shiite forces affiliated with the so-called coordinating framework and their allies to form the new government, after a leader close to him published a letter that would move the street, according to observers, in conjunction with al-Sadr's call for his followers to hold a unified Friday prayer. .

Al-Sadr said - in a statement published by his private office - “Oh believers, male and female, male and female Muslims (seek the remembrance of God) and leave the world. With prayers remaining as much as possible, in Sadr City (in the capital, Baghdad)."

Posted by The Private Office of His Eminence Muqtada Al-Sadr on Sunday, 3 July 2022

This comes at a time when the hashtag “Ready” was issued on social media platforms in Iraq, after Saleh Muhammad al-Iraqi, known as “Minister of al-Sadr,” explained the reasons that called for the Sadrist movement to withdraw from the political process and the resignation of its representatives from the House of Representatives, in addition to attacking those he named The "corrupt" in the political forces.

And Muhammad Al-Iraqi said - in a tweet published yesterday, Saturday - "There is a covenant between our leader and God, and that the covenant was responsible - not to put his hands in the hands of any corrupt, and Iraq will not return to consensus, whatever the results."

Members of the Sadrist movement published - on their accounts on social media platforms - their photos with light and medium weapons, under the hashtag "Ready", while political leaders and tribal sheikhs announced their readiness to implement what al-Sadr orders.

Hakim al-Zamili - the "resigned" deputy speaker of the House of Representatives, wrote on his Facebook account, "Sir, Muqtada al-Sadr, we will not tell you, as the Children of Israel said to Moses: (So go, you and your Lord, and fight, for we are sitting here)."

He added, "We pledge to you today, as we pledged to you yesterday, we will be supportive and obedient to your directives, and to your principles in which are all the best for the good of the country."

"I thought that Mr. Sadr would use the tweet revolution, but it seems that he will use his father's method in the Friday revolution," said Salah Al-Arbawi, head of the Wai movement.

Al-Arbawi added, addressing al-Sadr, "Iraq is not Iran, just as the year 1979, which witnessed the Islamic revolution in Iran, is not the year 2022. The cassette revolution used by Ayatollah Khomeini ended with the re-formation of the state, and the revolution of your father, Muhammad Sadiq al-Sadr, ended with his martyrdom."

Iraq is not Iran

Al-Sadr had decided, earlier, to withdraw from the political process and not participate in any future elections, so that the "corrupt" politicians would not participate.

The Sadrist bloc's deputies also submitted their resignation from Parliament 8 months after the legislative elections, during which they were unable to form a government.

It is noteworthy that Iraq has witnessed a political crisis since the last parliamentary elections, as the Sadrist bloc (73 deputies) sought to form a national majority government that includes the top winners from the (Sunni) Sovereignty Alliance and the Kurdistan Democratic Party, but the bloc was unable to form a government;

Because of the insistence of other Shiite blocs in the "Coordination Framework" bloc to form the blocking third coalition in Parliament, to prevent the completion of naming a new president for the country and forming the new government.