Color, stripes and checks: Nigo, the Japanese designer of the Kenzo brand, presented Sunday in Paris a mixed men's and women's collection that he wants above all to wear. 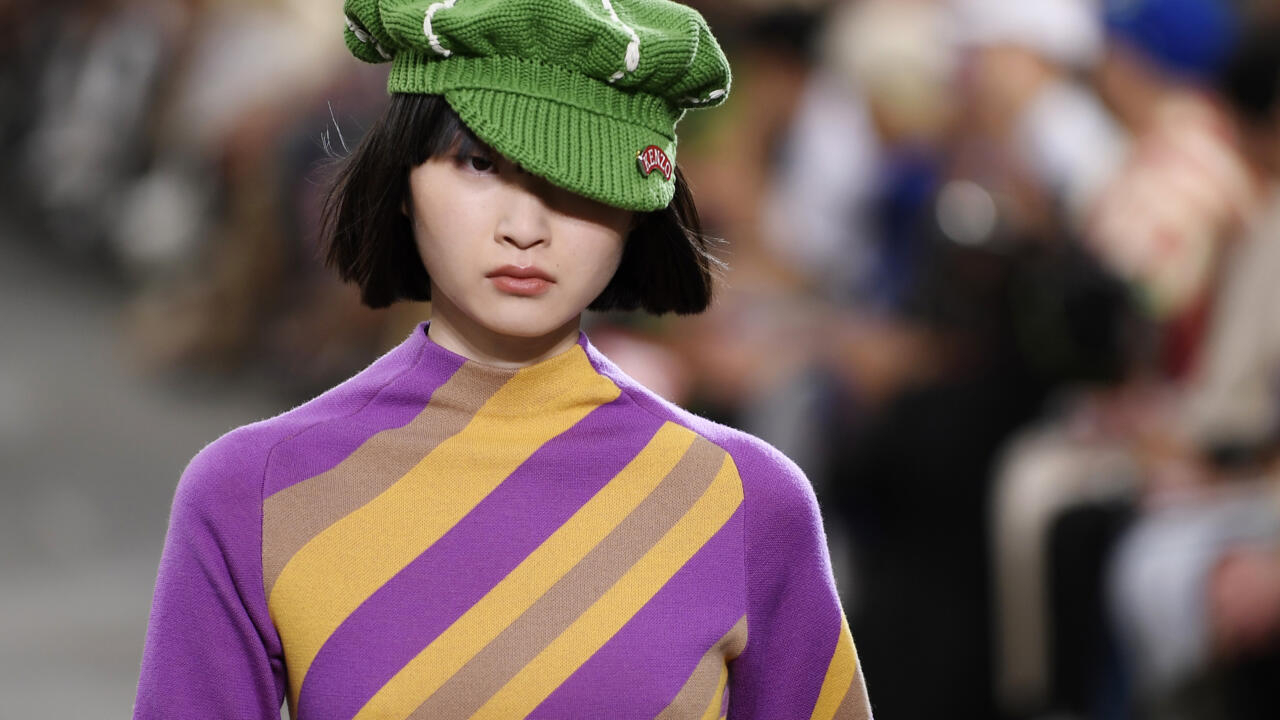 "The everyday wardrobe is founded on a sustainable approach to fashion," Kenzo emphasizes in a note of intent for the show.

The collection, second for Kenzo de Nigo, star of Japanese streetwear, is very fresh and readable: dresses, cardigans, skirts, pants, suits with the same cheerful prints for men and women.

For a little French touch, the looks are accessorized with berets.

Comfortable moccasins on a chunky sole structure the masculine and feminine silhouettes.

A tribute to Japan, some costumes are worn with flip flops slipped over socks.

Streetwear, "workwear", denim outfits, sailor collars, well-cut suits but with casual colors and patterns: there's something for everyone.

The parade also offers a lesson on how to combine colors and prints: purple, yellow with green, orange and lavender, red with intense yellow and blue, stripes with checks.

Here, ties, which are generally worn less and less, are not taken seriously.

Matched with the shirts, they form the image of an elephant's trunk.

At the French designer Marine Serre, eco-responsibility not only involves the choice of materials but also that of the location of the parade, which she organized on Saturday evening in a stadium in Vanves, near Paris.

Models, men, women and children, of all ages and morphologies, paraded on the race tracks.

"Being in an in situ place is super important for me, in terms of ecology: we don't build anything except the benches on which you sit. We rent them," she told AFP. backstage at the parade.

Pieces made from towels, blouses from sheets or dresses designed with mottled scarves: the environmentally conscious designer has extended her codes to men's fashion.

"Upcycling", which means pulling from above by creating something new with old, "is quite rare in men", she underlines.

However, the men's wardrobe "lends itself very well too" with less complex shapes that require less waste.

"It's easier, we can have better prices, more accessible so that everyone can wear + upcycling + pieces".

To democratize the event, the designer opened the parade to more than 1,000 people "who are not from the fashion world", by appealing to her subscribers on Instagram.

“It is important that fashion opens its doors to life, to the streets and that it is less elitist”, she underlined.