"Up to 2 thousand people": the Ministry of Defense of the Russian Federation announced the blocking of the grouping of the Armed Forces of Ukraine in Gorsky and Zolote

Four battalions of the Armed Forces of Ukraine, one brigade artillery group, about 120 Right Sector Nazis* and up to 80 foreign mercenaries are completely blocked by Russian troops in the Gorsky and Zolote area, the Russian Defense Ministry said. In total, up to 2 thousand people were surrounded. At the same time, the defense department indicated that the ring of the mountain cauldron is shrinking, and continuous fire is being fired at the positions of the Ukrainian military. In addition, more than 620 nationalists, two Su-25s, 19 tanks and other armored vehicles were destroyed over the past day. 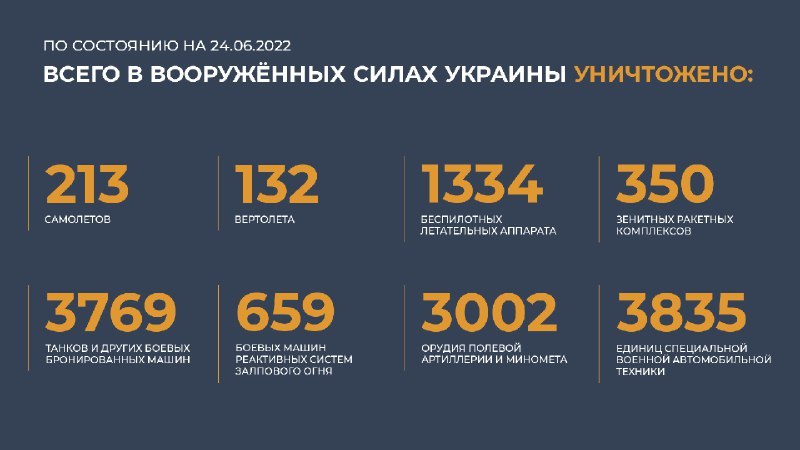 The Russian military completely blocked the grouping of Ukrainian troops in the area of ​​​​the settlements of Gorskoye and Zolote.

This was announced by the official representative of the Ministry of Defense, Lieutenant-General Igor Konashenkov, at a briefing on the progress of a special military operation in support of Donbass.

There are up to 2,000 Ukrainian servicemen in the mountain cauldron, he specified.

“In total, up to 2 thousand people are now blocked in the mountain cauldron: about 1800 military personnel, 120 Right Sector Nazis, up to 80 foreign mercenaries;

as well as more than 40 units of armored combat vehicles and about 80 guns and mortars.

In the last 24 hours alone, 41 servicemen in this area refused resistance and voluntarily surrendered," Konashenkov said.

According to the prisoners, the Ukrainian group, which was surrounded, is depleted: the units are staffed by less than 40%, control by the higher command of the Armed Forces of Ukraine is lost, and the supply is completely cut off.

“Russian troops are squeezing the ring of the mountain cauldron, inflicting continuous fire damage on the enemy.

During yesterday, half of the settlement of Zolote was taken under control, ”he added.

Also on russian.rt.com “The Ukrainian group is cut off from supplies”: the LPR ambassador announced the capture of the only road from Seversk to Lisichansk

In addition, over the past five days, Russian troops have liberated ten settlements during the offensive in the Lugansk direction.

According to the Russian Defense Ministry, Ukrainian troops are suffering significant losses in other areas as well.

Thus, more than 200 "soldiers of fortune" and up to 100 Ukrainian nationalists were destroyed by strikes of high-precision weapons of the Russian Aerospace Forces at three points of deployment of foreign mercenaries in Nikolaev and Golitsyn (Nikolaev region), as well as Oleshki (Kharkov region).

Also, a representative of the defense department drew attention to the cases of desertion and refusal to participate in hostilities that are becoming widespread in the Armed Forces of Ukraine.

“In the area of ​​​​the settlement of Aleksandropol in the Donetsk People's Republic, more than 30 Ukrainian servicemen of one of the battalions of the 25th airborne brigade, leaving their personal weapons, left their positions without permission.

To make up for losses in manpower in the Donetsk and Luhansk directions, the Ukrainian command is forced to form separate rifle battalions in each region from untrained citizens called up to mobilize,” Konashenkov said.

In addition, more than 620 nationalists, 19 tanks and other armored fighting vehicles, as well as 17 special vehicles were destroyed as a result of air strikes, missile troops and artillery.

In addition, five warehouses of ammunition, rocket and artillery weapons and materiel, as well as artillery and mortar units in 62 districts, including an artillery battery of M777 howitzers, were liquidated.