What are the repercussions of banning Russian oil imports on Moscow and the European Union countries?

The European Union has agreed to impose a ban on Russian oil imports, as a form of economic sanctions against Moscow, in response to its war on Ukraine. What effect does this have on Europe? 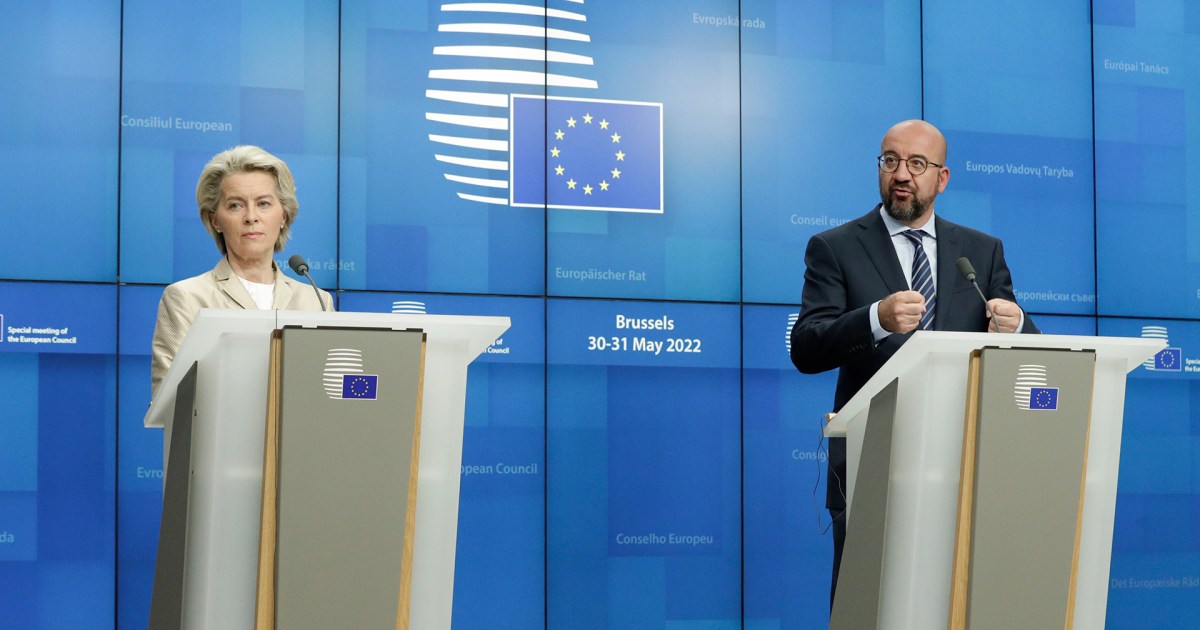 The European Union's embargo on Russian oil imports on May 30 shows that the union has reached its limits with regard to imposing more sanctions on Moscow, amid the ongoing war in Ukraine;

The ban risks hampering economic growth in the European Union for months to come.

A report published by the American “Stratfor” website said that European officials have stated that the oil embargo will cover nearly 70% of Russian oil imports in the near term, and about 90% by the end of the year, and that preventing European Union companies from providing insurance services to tankers Russia may have a greater impact on Russian oil exports than the embargo itself by limiting Russia's ability to sell oil to China, India and other countries that have not imposed an oil embargo.

The site added that the European Commission initially proposed imposing the embargo on the fourth of last May, but Hungary, Slovakia, Bulgaria and the Czech Republic objected, and were given more time to implement the embargo due to their heavy dependence on Russian oil and the limited infrastructure to import oil from other sources. countries implementing the ban;

The Commission will seek to impose tariff increases on Russian oil.

This indicates that EU sanctions on Russian natural gas will remain elusive given the significant economic impact that such measures would have on most Central and Eastern European countries.

The site noted that Russia's decision to cut off natural gas supplies to EU member states and private companies that refuse to adopt a system designed by the Kremlin to make payments in rubles;

It has already led to divisions among the countries of the European Union;

Households and businesses in most European countries are likely to face higher energy prices due to oil sanctions, which will increase the overall cost of living in Europe, force governments to keep fiscal spending high and increase the risk of social unrest.

A day after the oil embargo was announced, inflation reached a record 8.1% in May, up from 7.4% in the previous April.

The website indicated that most European Union governments have adopted multiple measures to mitigate the impact of high energy and food prices on families, but these measures came at the expense of increasing fiscal spending, which will reduce the possibility of social unrest but will not cancel it, and this policy will cause governments to fall into a debt trap in the future, especially If borrowing costs continue to rise.

According to the site, record high inflation in the euro area will support the European Central Bank's decision to raise interest rates next July and September for the first time in more than a decade, but the bank's executive board is internally divided over how operations should be. raising interest rates;

Some EU countries may resort to imposing higher taxes to increase state revenues, thus avoiding increased borrowing, but this would deteriorate the trade environment in those countries and possibly hinder private sector investment.

The site concluded that Europe has not experienced any major bouts of social unrest associated with the recent rise in the cost of living, due to the easing measures imposed by the governments and institutions of the European Union, but with the euro area now facing unprecedented levels of inflation, the chance of protests and instability Political will further increase the price of basic goods and services.