Journalists, activists and opponents: the most scandalous cases of espionage with Pegasus in the world

The Government has reported this Sunday that the mobile phones of the Prime Minister, Pedro Sánchez, and the Defense Minister, Margarita Robles, were subjected to... 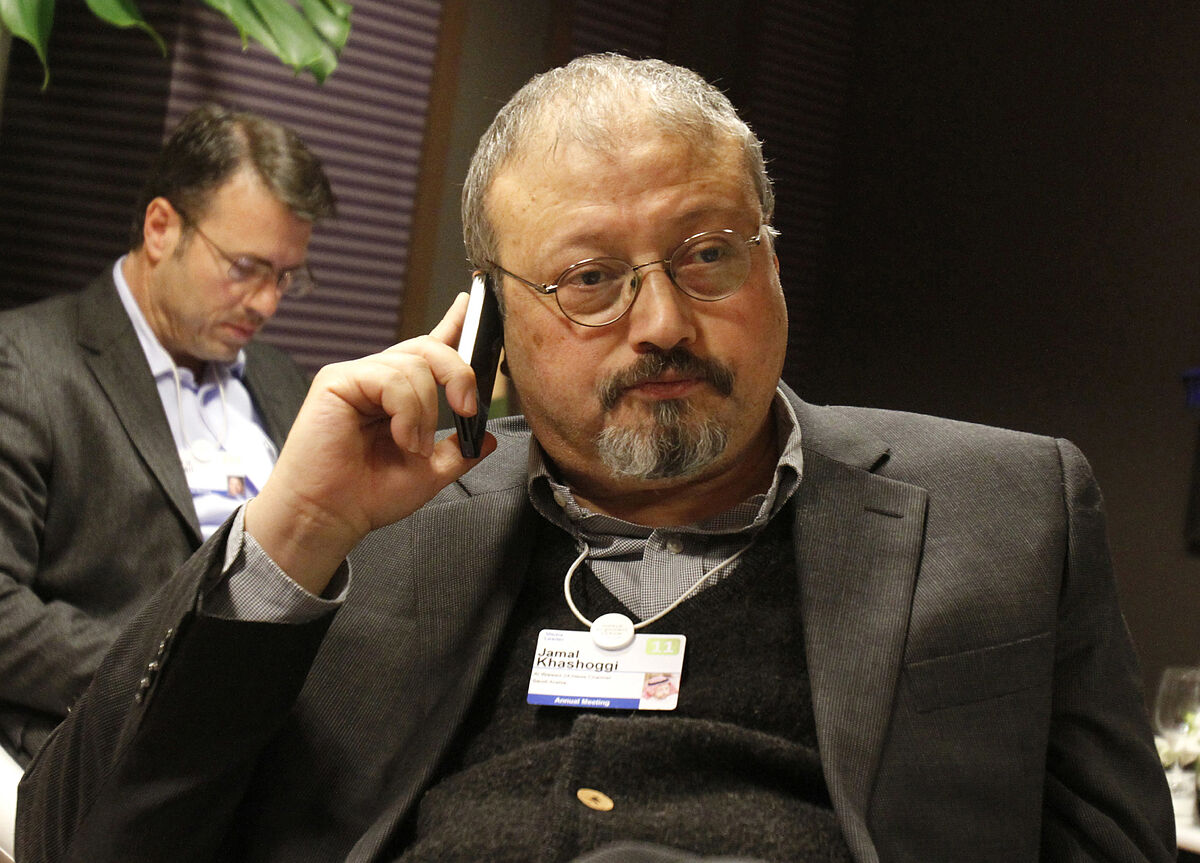 The Government has reported this Sunday that the mobile phones of the Prime Minister, Pedro Sánchez, and the Defense Minister, Margarita Robles, were subjected to "illegal and external" wiretapping by the

program , according to two technical reports from

software in the world,

is capable of penetrating a mobile phone, sucking up all its information, activating its camera or even recovering deleted messages in the past without the user being aware of the infiltration.

The work of the Israeli company NSO, a long dozen authoritarian regimes have used

to spy on more than 50,000 politicians, journalists, activists and lawyers.

Some of them have even lost their lives and many have been harassed in recent years.

The investigation sponsored by the organization

went around the world last year.

From Mexico to India, through Saudi Arabia, Hungary, Azerbaijan or Morocco, the network has spread to

with phones "infected" with the espionage program initially designed to combat terrorism and high crime.

at a car wash facility in Ciudad Altamirano, on March 2, 2017. Days before he had participated in a program, broadcast on Facebook Live, in which he linked the local police and politicians with the local

Although he could have been geolocated by other means, the NSO technology surely served to find out where he was, even if he was not visible from the street.

At least 26 Mexican journalists were

by the Pegasus program between 2016 and 2017, including investigative journalists, newspaper editors and foreign media correspondents such as Azam Ahmed, chief of staff for 'The New York Times'.

At least 50 people in the circle of President Andrés Manuel López Obrador (including his wife, his children, his advisers and his personal doctor) are among the more than 15,000 people selected as potential espionage targets in Mexico.

Journalist Jamal Khashoggi was assassinated on October 2, 2018 at the Saudi consulate in Istanbul.

"We had nothing to do with that horrible murder," NSO Executive Director Shalev Hulio declared in 2019.

The "Pegasus Project" investigation has, however, found evidence that Khashoggi's last wife, the Egyptian

could have been spied on before and after her death, as well as her circle of friends.

Khashoggi had fled Saudi Arabia in 2017;

his last wife was under house arrest in the United Arab Emirates.

As revealed by 'The Guardian', Indira Gandhi's grandson was selected twice as

a "potential target" for surveillance,

among dozens of activists, journalists and government critics.

Two numbers linked to Raul Gandhi appeared on the list of "infiltrators" by the Pegasus program in the months before and after the 2019 elections. Five other

of the then leader of the CNI were also apparently monitored.

Gandhi himself even took the precaution of frequently changing mobile phones for fear of being spied on.

Espionage in India has also spread to critical media such as 'The Wire': its co-founder Siddarth Varadarajan has condemned

upon learning that his communications -and those of his partner Paranjoy Guha Thakurta- were "hacked" with the help from the Israeli program.

Hungarian Prime Minister Viktor Orban has used the Pegasus program in his private war against the media.

Since 2010, when he came to power, Hungary has fallen from number 23 to number 92 in the world ranking of press freedom.

Harassment, pressure or espionage of journalists has been the daily bread in recent years.

Szabolcs Panyi have been two of Pegasus' targets.

Panyi's cell phone was "infiltrated" for at least seven months, and specifically on eleven occasions during his investigation into the relocation of a Russian bank to Budapest, despite objections that it could be a Trojan horse from Russian intelligence. Moscow.

has a paranoid obsession

that journalists are part of a conspiracy against his government," admits Panyi.

director of the 'Financial Times',

Roula Khalaf, born in Beirut and with a long career as a special envoy to the Middle East and North Africa.

Khalaf was allegedly spied on by the Saudi Arabian government, using the Pegasus program, when she was deputy director of the FT in 2018.

In response to the information, the financial newspaper has stressed that "freedom of the press is a fundamental right" and that any interference by the State is "unacceptable."

The freelance journalist and human rights activist Omar Radi, who has brought to light

Radi was once accused of being a British spy.

Human Rights Watch has championed his case and has accused the Moroccan authorities of "abusing the justice system to silence critical voices."

The investigative journalist Kahdija Ismayilova, known for her reports denouncing the corruption of the autocratic regime of Ilham Aliyev (which has been in charge of the country since 2003), was "hacked" with the Pegasus program in 2019, as was her network dissidents, lawyers and even relatives.

," the journalist told 'The Guardian'.

"My family has also been victimized, I did not know that my phone was infected. There are people who may be in danger from all this, it is unfortunate that these tools are available to evil people like the Aliyev regime."

Paul Rusesabagina (who inspired the movie "Hotel Rwanda"), has been subjected to an intense surveillance operation with the help of the Pegasus program.

Kanimba, a Belgian and American national, has been at the forefront of the campaign to free her father and has harshly criticized the regime of President Paul Kagame.