Why do so many storms arrive lately?

This week the weather has been so changeable that there are those who claim that the four seasons have been experienced in five days. Monday started with summer temperatures and the days... 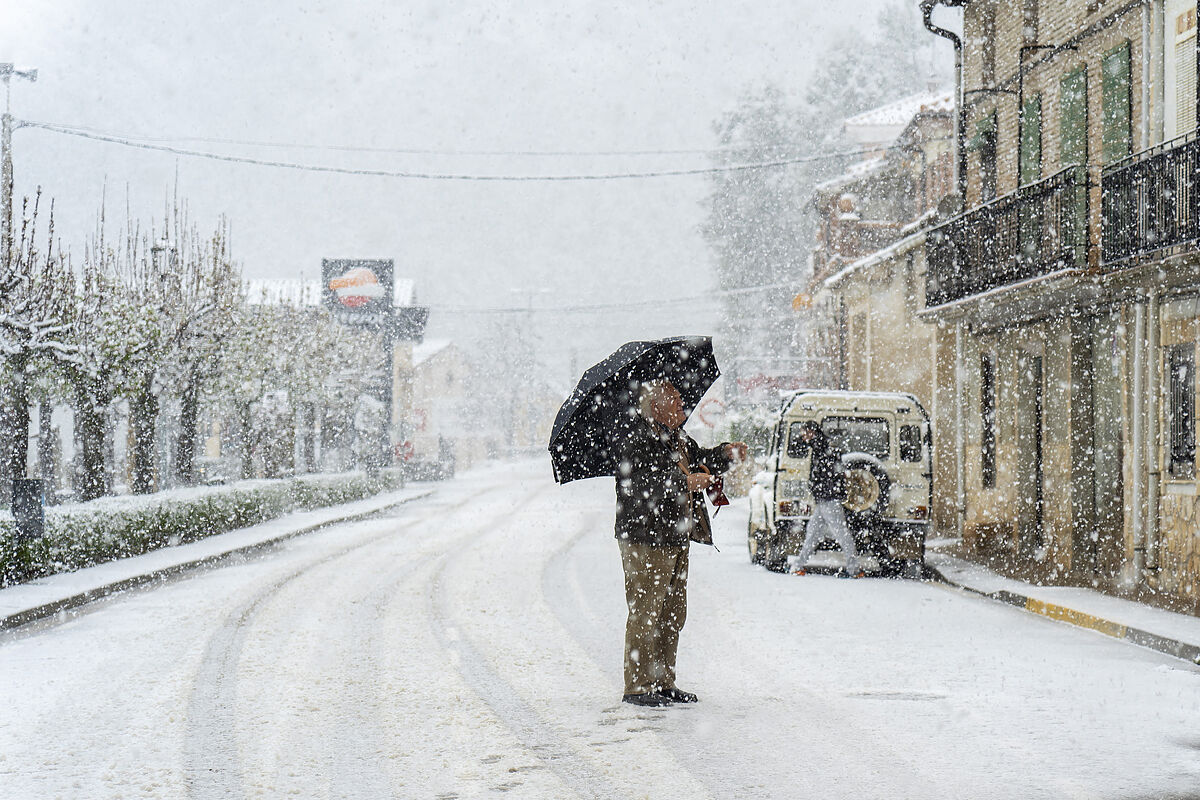 This week the weather has been so changeable that there are those who claim that the four seasons have been experienced in five days.

Monday began with summer temperatures and weekdays end with showers in practically the entire country.

why are there so many storms lately?

Several Meteored experts have analyzed the causes of this unusual spring with rain in many parts of the Spanish geography.

The agency's meteorologist, Francisco Martín, maintains that "the presence of a

forces the storms to take the path of the polar north or south towards lower latitudes, ours."

This is what is observed in the

one of the branches

, oriented from northwest to southeast, is dragging the storms towards the Peninsula".

To this specific cause must be added the signature of

, according to the meteorologist José Miguel Viñas: "Since the first IPCC report came out in 1990, scientists have been warning that

the climate will become increasingly extreme

. weather behavior in Spain so far in 2022 is a good example of this".

Looking ahead to the coming days, the director of Meteored, José Antonio Maldonado, comments that a new storm from the Atlantic is going to produce precipitation that will move inland from the northwest until it becomes general.

"This Friday the cloudiness will be abundant on the Peninsula, with showers in all regions except those close to the Mediterranean. On Saturday it will rain in a large part of Spain, only some areas of the Canary Islands will be left out."

According to Martín, this storm

has been generated in the south of Greenland

, but "the atmospheric river is bringing it to us."

forecast for the weekend

The adverse phenomena typical of

will decrease this Friday and

the warnings due to the risk of rain, wind and waves are reduced

to 17 provinces and to Ceuta.

Cádiz, Huelva, Seville, Cáceres, Salamanca, Ávila and Toledo are on

due to accumulations of

In addition, Huelva, Malaga, Seville, Almería and Cádiz will be at risk due to wind that can blow with

gusts of 70 kilometers per hour,

while coastal phenomena can leave

waves of about 3 or 4 meters

in Huelva, Cádiz, Málaga, Granada, Almería, Murcia and in Ceuta.

In addition, offshore there is a risk of

in Pontevedra, La Coruña and Lugo.

be persistent in the west of the Central System, in the southern plateau and in the mountains of western Andalusia, with strong winds in the Strait and Alborán.

The largest accumulations of water will occur on the Atlantic slope.

The rains may be accompanied by occasional

in Galicia, the Bay of Biscay and the west of the plateau.

, a Friday of cloudy skies and weak rainfall is expected on the islands with greater relief.

In the southeast mountains, precipitation will be in the form of snow from 1,400 to 1,800 meters and with little probability it could also occur in the interior of Galicia and on the North plateau from 1,000 to 1,400 meters.

will rise in the Ebro, the Balearic Islands and the Pyrenees, but will tend to fall in the rest, notably in the center-south of the Atlantic slope.

The minimums will rise on the Atlantic slope, with weak frosts in the mountainous systems of the north, center and southeast.

In the Canary Islands there will be hardly any thermal changes.