Here, vaccination coverage is lowest - but increases most

Vaccination coverage is now increasing fastest in areas where many are still unvaccinated, statistics from the Stockholm Region show. These include Södertälje, Botkyrka and Rinkeby-Kista. 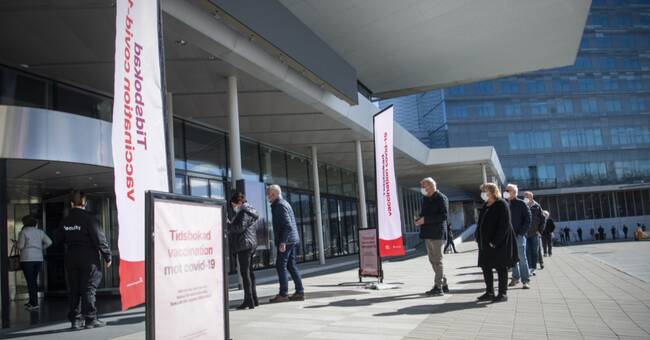 In Södertälje, the percentage increase in the vaccine's first dose was 1.6 per cent between 10 October and 21 November.

The largest increase in dose 1 was in Rinkeby-Kista, where it increased by 2.2 percent.

Although it is increasing most strongly in the areas, it is also here that vaccination is lowest in the county.

- The low vaccination rate in some areas and in certain age groups is problematic.

This means an increased risk if the spread of infection picks up speed, and an inequality in health and risk for the people in these groups.

Factual information, counter-arguments against the spread of rumors and the toxic message of anti-waxes, as well as available vaccination are still a priority, says Anna Starbrink (L), in a press release.

Top five with the largest increase