Children have been injured and suffered from serious side effects in trans care. The information has been known by doctors at Karolinska University Hospital - but not told to the outside world, Assignment review can reveal. Leo started getting stop hormones when he was eleven years old. Almost five years later, he has stayed in the plant, been diagnosed with osteoporosis and had changes in his vertebrae. 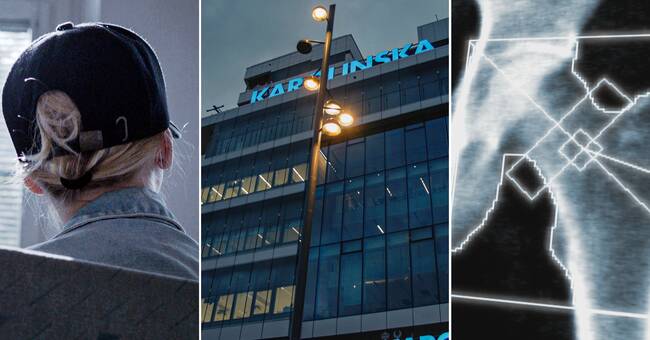 In May 2021, Karolinska University Hospital decided to stop new hormone treatments for children and young people in trans care.

But when Karolinska referred to "potential side effects", there were already concrete cases in its own operations, Assignment review can reveal.

In total, there are 13 cases in Stockholm where children have had serious side effects and medical injuries.

Risks with too long treatment

Leo is ten years old when he tells his parents that he is a boy - and eleven when the doctors at Astrid Lindgren's children's hospital start giving him so-called stop hormones, which pause his puberty.

His mother Natalie says that Leo has previously injured himself and isolated himself at home.

After starting treatment, he feels better, but soon it changes.

- He felt so bad that he tried to commit suicide on several occasions.

We did not understand, we thought our child would feel better from the treatment, says Natalie.

Over time, Leo also begins to complain of back pain.

- When we asked from time to time how it felt in the back, he said "I have pain all the time".

In the last five years, about 440 children with sex dysphoria have received stop hormones.

It should provide time for reflection before deciding on any treatment with estrogen or testosterone, which causes permanent changes in the body.

But according to chief physician and pediatric endocrinologist Ricard Nergårdh, who treats children with gender dysphoria, the stop hormones can also affect the patient.

It can affect mental state in a way that you did not think and did not want.

It is very important that the patient and the patient's family are well informed about it.

According to Richard Nergårdh, treatment for two years is usually stated as a "reasonable" time to minimize the risk of side effects.

Bone and bone density should also be monitored and checked regularly.

His parents are finally contacted by Astrid Lindgren's children's hospital, who says that they have seen abnormalities on Leo's skeleton.

It is more porous than it should be, two vertebrae have changed and Leo is diagnosed with osteoporosis.

He has also stayed in the plant and become significantly shorter than expected.

Leo has then received stop hormones for more than twice as long as the care considers defensible.

But despite the established injuries, the treatment continues for another three months.

No deviation report is made.

- Injuries that have been caused by treatment with us, we obviously have a responsibility for.

But I can not go ahead with an individual case or comment on it during an ongoing interview, says Svante Norgren, head of Astrid Lindgren's children's hospital, at Karolinska University Hospital.

"It's chemical castration" - hears chief physician Ricard Nergårdh explain why children with stop hormones should not be treated for too long.

Treatment is given at Karolinska University Hospital.

But investigation and diagnosis of Leo's gender dysphoria has been done by the KID team, which is part of child and adolescent psychiatry in Stockholm.

- If it is a medical injury and it is serious, we must of course notify Lex Maria, says Göran Rydén, operations manager at BUP Stockholm.

Only after Assignment Review interviewed Karolinska and BUP has a deviation report been made about Leo.

Karolinska University Hospital has also initiated its own investigation of the case.

- Of course you feel anger towards those you trusted.

But also towards myself, I am the one who will protect my child but I have not done that in any way, says Leo's mother Natalie.

"We are two different units"

Assignment review takes part in documentation about other children who have had serious side effects from hormone treatments, where the treatment has been discontinued.

One child has a suspected liver effect, another is diagnosed with reduced bone density after two years.

A third has had a severe deterioration in mental state.

The responsible manager at Karolinska University Hospital does not know that a total of 13 children who have been treated for gender dysphoria in Stockholm have received care injuries.

How can you not know that?

Is not that your responsibility?

- We are two different units.

The children's hospital handles the pediatric part - the investigation and psychiatric follow-up is on the KID team, says Svante Norgren.

Göran Rydén, head of child and adolescent psychiatry in Stockholm, which includes the KID team, says that they are now reviewing the cases again.

- We go through those we know about to get a little better grip on if there is something we missed where we should have communicated.

The family is anonymized.