The volcanic eruption at La Palma has gained new momentum and now there are concerns that it will last until Christmas. - I really hope that it will not last that long, the situation is very tough for the population, says Professor Valentin Troll who is at La Palma. 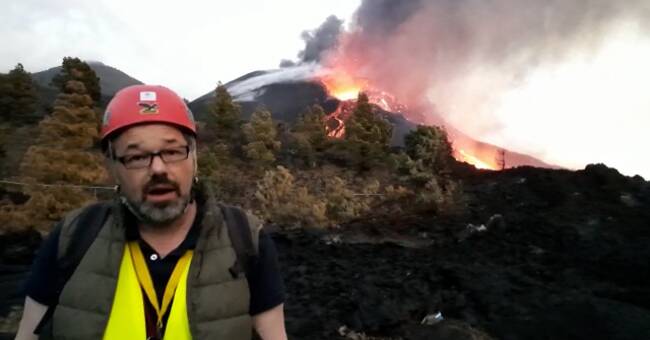 The eruption at La Palma has been going on since September 19 and last week the eruption seemed to calm down a bit but now the activity in the volcano has increased again.

- The lava has begun to spread north, says Valentin Troll, professor of petrology at Uppsala University.

Right now he is inside the evacuated zone on La Palma and describes the experience as contradictory.

- On the one hand, it is spectacular to see how the volcano behaves.

On the other hand, it is heartbreaking to see the devastation.

Although the outbreak has already been going on for over a month, it looks like it will continue.

- Some say that it can last until Christmas, he says.

See Valentin Troll's own photos from the volcanic eruption at La Palma in the video above.