Self-driving race cars make history in Indianapolis Indianapolis (United States) (AFP) On the average speed of two laps launched, the German team from the Technical University of Münich (TUM) won the million dollars (860,000 euros) promised to the winners of this first Indianapolis Autonomous Challenge (IAC ), reserved for self-driving cars. But it's another single-seater that should have won if one of the engineering students of the EuroRacing t 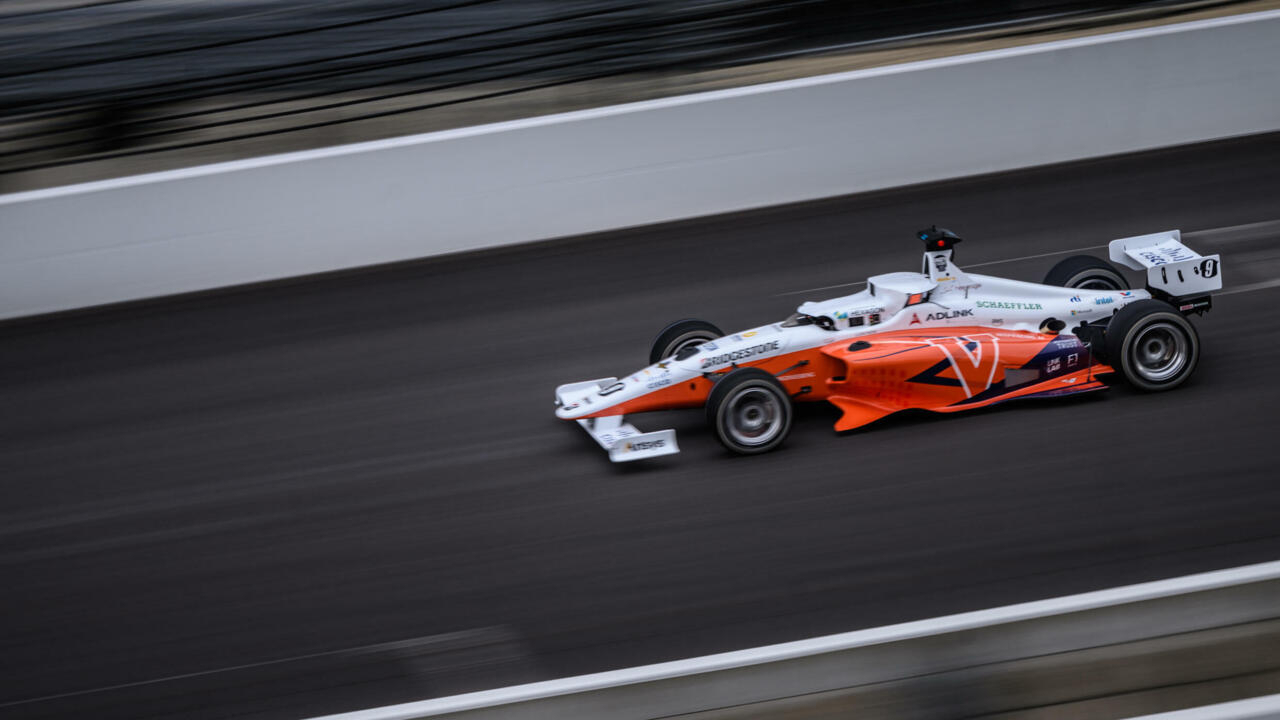 On the average speed of two laps launched, the German team from the Technical University of Münich (TUM) won the million dollars (860,000 euros) promised to the winners of this first Indianapolis Autonomous Challenge (IAC ), reserved for self-driving cars.

But it's another single-seater that should have won if one of the engineering students of the EuroRacing team hadn't made a mistake in coding the software of his Dallara IL-15.

Programmed for five laps instead of six, the vehicle decelerated suddenly after completing the fastest lap of the day, at 223 km / h.

The average of the last two laps, only taken into account, fell, condemning the Italian-Swiss-Polish team.

"I have a bitter taste in my mouth," responded with a contrite smile, Marko Bertogna, professor at the Italian University Unimore and head of the EuroRacing team.

The trophy will also have escaped the third European team of the field, PoliMOVE, author of the best top speed, at 250 km / h, but whose car ended up along the safety rail after a double GPS failure.

The German team from the Technical University of Munich (TUM) in front of their autonomous car after winning the first Indianapolis Autonomous Challenge, on October 23, 2021 in Indianapolis Ed JONES AFP

"When you come to this, you are completely blind," explained, disillusioned, Sergio Matteo Savaresi, professor at the Politecnico University of Milan and head of PoliMOVE.

Without a pilot, the car relies, in fact, on sensors, cameras, radar, but above all on GPS, without which no controlled movement is possible, to the point that some vehicles take two on board.

The Dallara IL-15, a single-seater used by all the teams, costs $ 230,000, but with the on-board technology, organizers estimate that each vehicle entered is worth a million dollars.

The Politecnico di Milano (POLIMI) automonie car is withdrawn from the circuit after an accident during the first Indianapolis Autonomous Challenge, on October 23, 2021 in Indianapolis Ed JONES AFP

The sensors supplied by the Luminar specialist can, for example, decrypt a surface of one cm2 at a distance of 250 meters.

These 218 km / h which allowed TUM to triumph, "it is not so far from what human pilots do" on an equivalent model, explains Alexander Wischnewski, of the winning team.

In qualifying for the only event on an oval circuit, such as that of Indianapolis, of the Indy Lights Championship, with real drivers on the same Dallara IL-15, pole position was taken at 255 km / h.

Considering the cool and wet weather, with no crucial warm-up time for the tires, "I'm really proud of what we showed today," notes the blond giant of the TUM.

"Nobody knew that these (autonomous) cars could go so fast in competition", supports Stefano dePonti, general manager of Dallara USA, who considers having taken part in "a piece of history".

For two years, the nine competing university teams had been preparing for a classic race, with all the cars on the track.

But at the last moment, the organizers reduced the sails, to content themselves with passing the single-seaters one after the other, with the mission of achieving the best time on two laps.

However, a few days ago at another circuit in Indianapolis, the cars of TUM, PoliMOVE and EuroRacing all ran well together and there were overtaking without human intervention.

Appointment is already made for January at CES, the big annual tech show in Las Vegas, during which a real race should be organized, with the same cars, even if nothing is official yet.

The entire autonomous vehicle industry is following this project with interest, to the point that $ 120 million has been invested in the IAC in various forms.

With the return on experience, the discussions with the teams and the forthcoming publication of part of the algorithms, it already considers having recovered part of its investment.

On the public side, voluntarily limited on Saturday to a single stand, the spectators had the feeling of having lived a unique moment, like Patti Aarons who has been coming to Motor Speedway since she was very young.

“It's really cool to see what these self-driving cars are capable of doing, with all this technology,” she said.

"It gives me an adrenaline rush. I love it."