Svetlana Tikhanovskaya continues her visit to Paris. The Belarusian opposition leader called on France to act to resolve the political crisis in her country. It was received by different respo ... 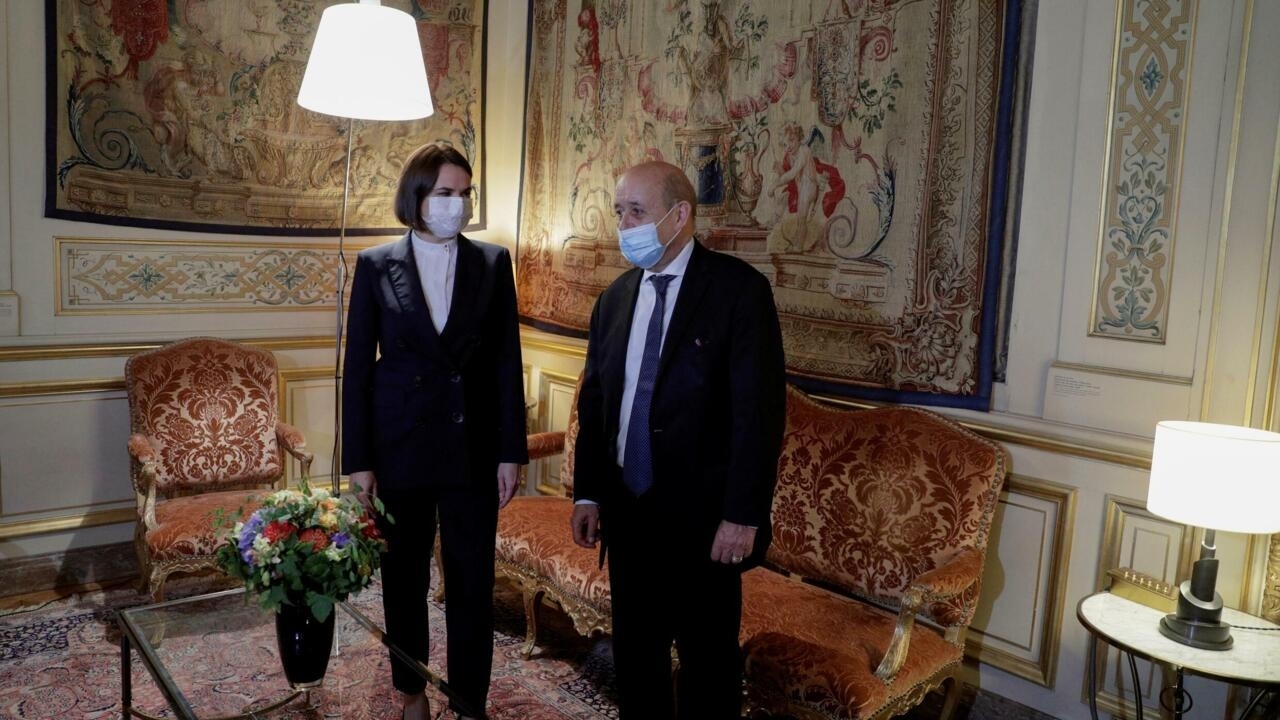 The Belarusian opposition leader called on France to act to resolve the political crisis in her country.

It was received by various political leaders, including the Minister of Foreign Affairs Jean-Yves Le Drian, but not Emmanuel Macron.

One year after the controversial re-election of

as President and the monster demonstrations that followed, Belarus is no longer in the news today.

So Svetlana Tikhanovskaya takes her pilgrim's staff and travels the major Western capitals to mobilize again around the fate of her people.

The opponent in exile has been received in recent months by Angela Merkel, Boris Johnson and even

In France, no scheduled meeting with Emmanuel Macron.

It was the head of diplomacy Jean-Yves Le Drian who saw him on Wednesday.

He pledged that France would continue its efforts to facilitate a political solution in Belarus.

Sanctions have already been adopted by the European Union, the

United Kingdom and the

But the latter, supported by Russia, refuses any compromise.

The crackdown on the opposition continues.

Ten days ago, a figure of the protest, Maria Kolesnikova, was sentenced to 11 years in prison.

See also: Maria Kolesnikova, icon of the opposition movement to the Belarusian president

Svetlana Tikhanovskaya is visiting Paris from September 15 to 17.