Rain beds save the residential area from floods

In recent weeks, extreme rainfall has affected several cities, but in a residential area in Munka-Ljungby, they have managed to overcome the flood problems - with so-called rain beds. 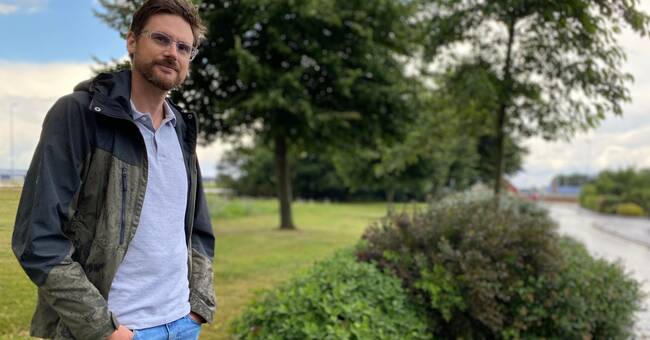 - If we were to dimension the pipe network for the extreme rainfall we have today, we would need to have enormous pipe systems at a very high cost.

This is a way to maintain a small dimension on the pipes while we can take care of the water, says Henrik Bertheden, acting head of Society at Ängelholm municipality.

Previously, the residential area in Munka-Ljungby had problems with floods in basements.

But since the rain beds have taken place, there have been no floods in the area.

The municipality of Ängelholm was the first in Sweden to build rain beds and more and more municipalities are now following suit.

- A former colleague got inspiration after she was at a conference in the US, where rain beds are much more common.

To counteract floods in heavy rainfall, reduce the speed of road users and thereby increase safety for pedestrians and cyclists and create more pleasant environments in asphalt-dominating environments.

Henrik Bertheden believes that in the future, an increasing share of the municipality's budget will be used to prevent floods.

We see that we have increased rain and we are getting more and more legal requirements on us to prevent floods.

Clearly, there will be an increased cost, he says.

The cost of the rain beds in Ängelholm municipality is, according to Henrik Bertheden, difficult to estimate, but he believes that it is profitable in the long run.

- A VA remediation costs between five to ten million per street and in that context this is a very small extra cost, he says.

In the clip above, Henrik Bertheden explains how rain beds work.