A woman in her 60s and a man in his 20s were today sentenced to prison for inciting a violent riot in Malmö last year. Another five people were convicted of violent rioting. 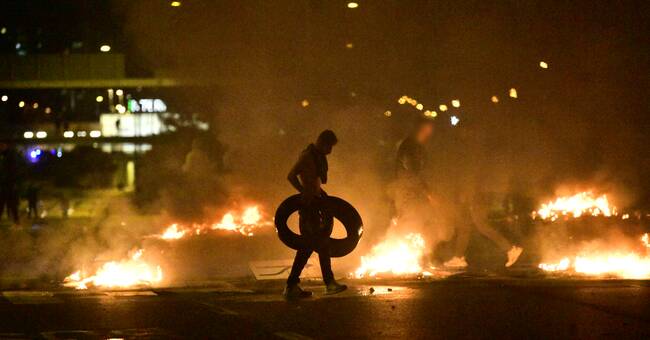 The woman is sentenced to one year in prison and the man to six months in prison.

Another man in his 20s was charged with inciting violent riots, but was acquitted.

Several of the accused denied the crime.

Much of the evidence in the case has consisted of film material from the site.

There, the convicted woman is seen with a torch in her hand.

Koran burning led to the riots

The riot occurred the weekend of August 28-29 last year.

The background was a proposal from Rasmus Paludan, party leader for the Danish right-wing extremist party Stram Kurs, which initiated a Koran burning in Malmö which was then carried out and filmed in Rosengård.

Dissatisfaction with the demonstration led to a large group of people gathering around Amiralsgatan that evening, with extensive damage as a result.

Several people have previously been convicted of involvement in the riot.

Police's own photos from the riot: "We need help" Photo: Police