Jerusalem.. Follow, moment by moment, the developments of the "Flags March"

Today, far-right Israelis are participating in what they call a provocative “Flags March” in East Jerusalem, while Palestinians have called for a “Day of Rage” in the West Bank and Gaza Strip. 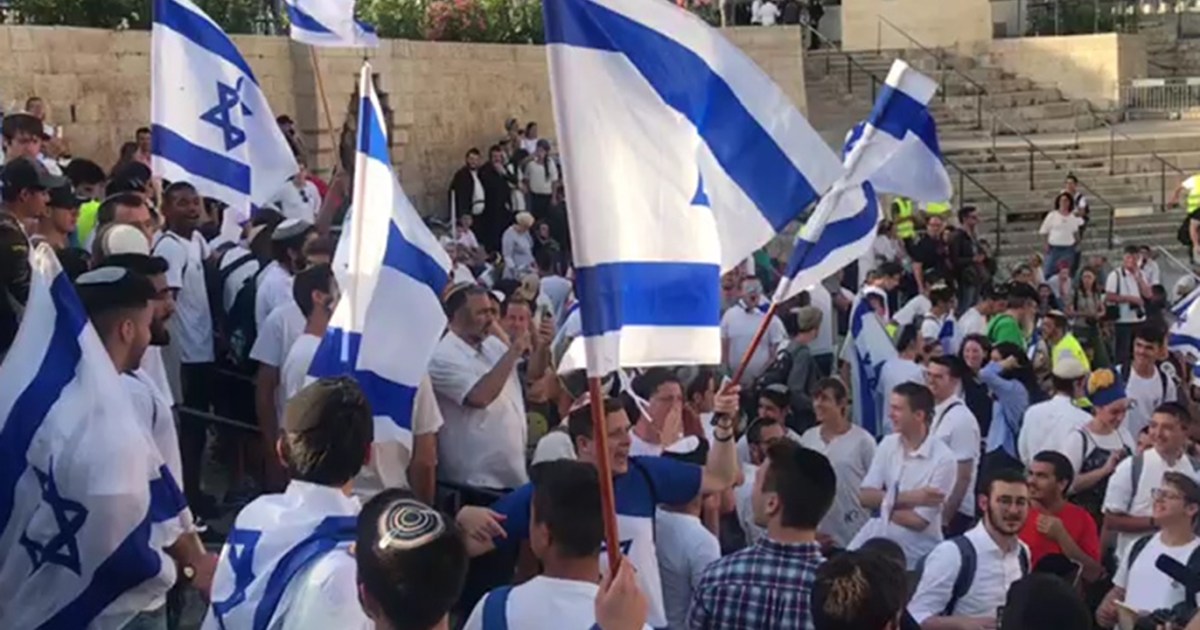 On Tuesday, far-right Israelis participated in what they called a provocative "flags march" in East Jerusalem, while Palestinians called for a "day of rage" in the West Bank and Gaza Strip, in the first test of Naftali Bennett's new government that replaced Benjamin Netanyahu's.

4 minutes ago Palestinian marches in Bethlehem and the Gaza Strip in response to the flags march organized by Israeli settlers in Jerusalem.

10 minutes ago, the settlers' flag march in the streets of Jerusalem started.

14 minutes ago 5 Palestinians were injured in clashes with the occupation forces in Jerusalem.

16 minutes ago The occupation forces suppressed a march that started from the center of Bethlehem towards the military checkpoint north of the city.

3 hours ago The Israeli occupation police say that they arrested 6 Palestinian youths in Jerusalem on the pretext of disturbing order.