The Canadian Prosecution announced, during a brief hearing before the London Court in Ontario, that the suspect was charged with carrying out a run-down operation that killed 4 members of a Muslim family on June 6 in Canada. 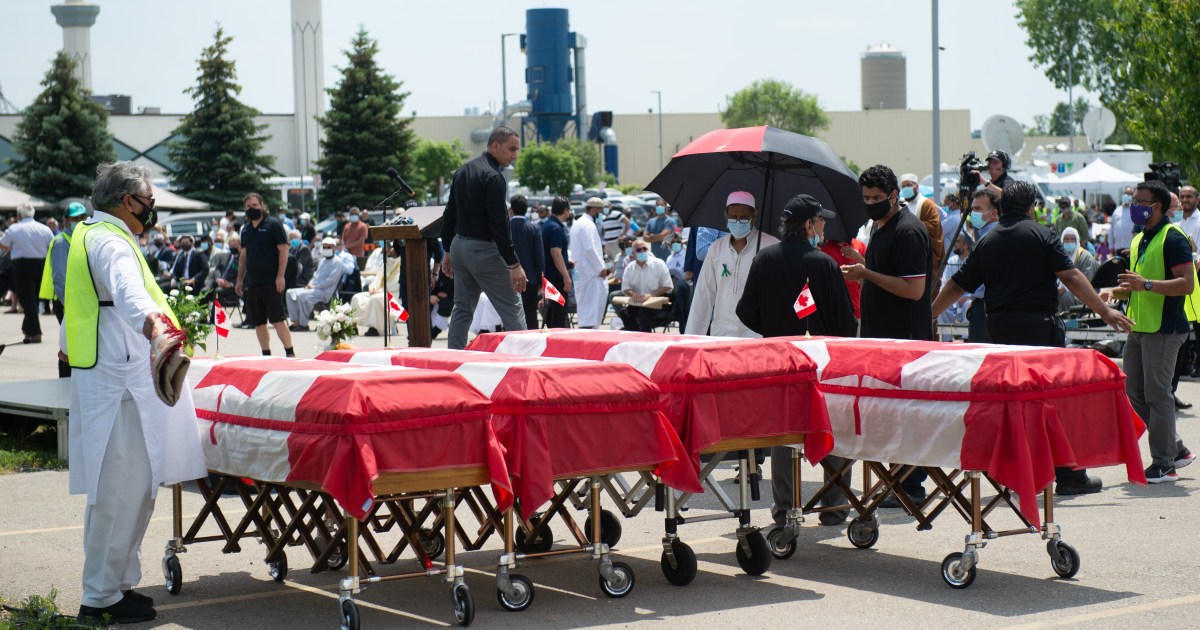 The Canadian Public Prosecution announced, during a brief hearing before the London Court in Ontario, that the suspect was charged with carrying out a run-down operation that killed 4 members of a Muslim family on June 6 in Canada.

Four counts of murder with a preconceived design and attempted murder were brought against the 20-year-old suspect, Nathaniel Feltman, during a first hearing last week after the attack, which Canadian Prime Minister Justin Trudeau described as a "terrorist" act.

The Royal Canadian Mounted Police (Federal Police) said in a statement after the hearing that "prosecutors at the federal and provincial levels have agreed to initiate terrorism-related proceedings, considering that murder and attempted murder also constitute terrorist activity."

The young man, who has no criminal record and is not affiliated with an extremist organization, said he had not appointed a lawyer yet.

At the time of his arrest, the accused was wearing a jacket resembling bulletproof vests, and he will appear before a new hearing on June 21.

According to police, Feltman deliberately attacked a family with his pickup truck as part of a "premeditated and planned act of hate".

Five members of one family were run over while they were waiting to cross a road in London, 200 km southwest of Toronto.

The parents, their 15-year-old daughter and grandmother were killed, and their 9-year-old son was seriously injured.

"I think it's very important for us to talk about an act of terrorism," Canadian Deputy Prime Minister Chrystia Freeland said.

Last week, Canadian lawmakers approved a proposal to hold an emergency summit on Islamophobia by the end of next July.