Space trip with Jeff Bezos sold for $ 28 million at auction

A rich and happy winner paid, Saturday, June 12, 28 million dollars for a place up for auction to accompany Jeff Bezos in the first space tourism flight of the company Blue Origin pr… 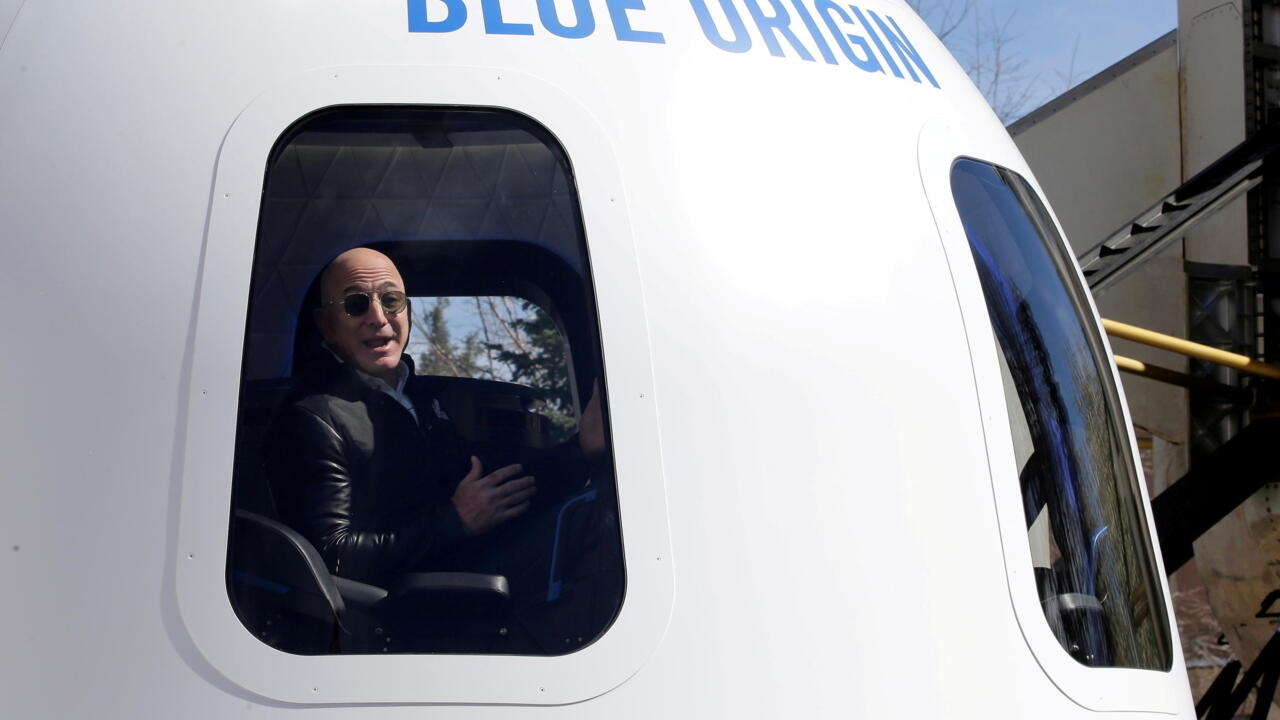 Space trip with Jeff Bezos sold for $ 28 million at auction

A wealthy and lucky winner paid $ 28 million on Saturday, June 12, for a seat up for auction to accompany Jeff Bezos on Blue Origin's first space tourism flight scheduled for July 20.

The winner, whose identity will be known in the coming weeks, topped the post about twenty participants in these final online auctions which lasted less than ten minutes.

The auction process began in May with stakes reaching $ 4.8 million on Thursday.

That was the starting price on Saturday for that seat, alongside Amazon founder and his brother Mark.

The sale soared with the passage of ten million dollars, the participants answering by additional million, until reaching the sum of 28 million.

The winner must also pay 6% commission to the auction house RR Auction.

Jeff Bezos, who will step down as

in July, announced in early June that he would be part of the first manned flight in the New Shepard rocket with his brother and the winner of an auction for a third seat.

Ariane Cornell, commercial director at Blue Origin, said on Saturday that a fourth space tourist would make the trip, without giving his identity.

The total amount will be donated to a foundation created by Blue Origin, intended to encourage young people to work in the scientific world.

The auction for the very first seat on #NewShepard has concluded with a winning bid of $ 28 million.

The winning bid amount will be donated to Blue Origin's foundation, @ClubforFuture.

The capsule which will be at the top of the rocket, equipped with large windows, can accommodate up to six people.

New Shepard will take off from a desert in West Texas.

The rocket will take off vertically and the capsule will separate from it at about 75 km in height, continuing its trajectory until exceeding the altitude of 100 km, which defines the limit between Earth's atmosphere and space.

Passengers on board will then be able to float in zero gravity for about three minutes and observe the curvature of the Earth.

During this time, the rocket will descend to land gently on a runway, still vertically.

Then the capsule will itself begin a free fall to return to Earth, and will be slowed down by three large parachutes and retro rockets before landing in the desert.

The rocket has made 15 test flights and "

we are ready to fly astronauts,