Fourth round of Vienna negotiations .. Iran: There is no timetable for concluding a final nuclear agreement

Iran said that it is not possible to talk about a specific time to reach a final nuclear agreement with the Vienna negotiations, which will resume its fourth round tomorrow, while a US State Department official said that the imminence of an agreement depends on an Iranian political decision. 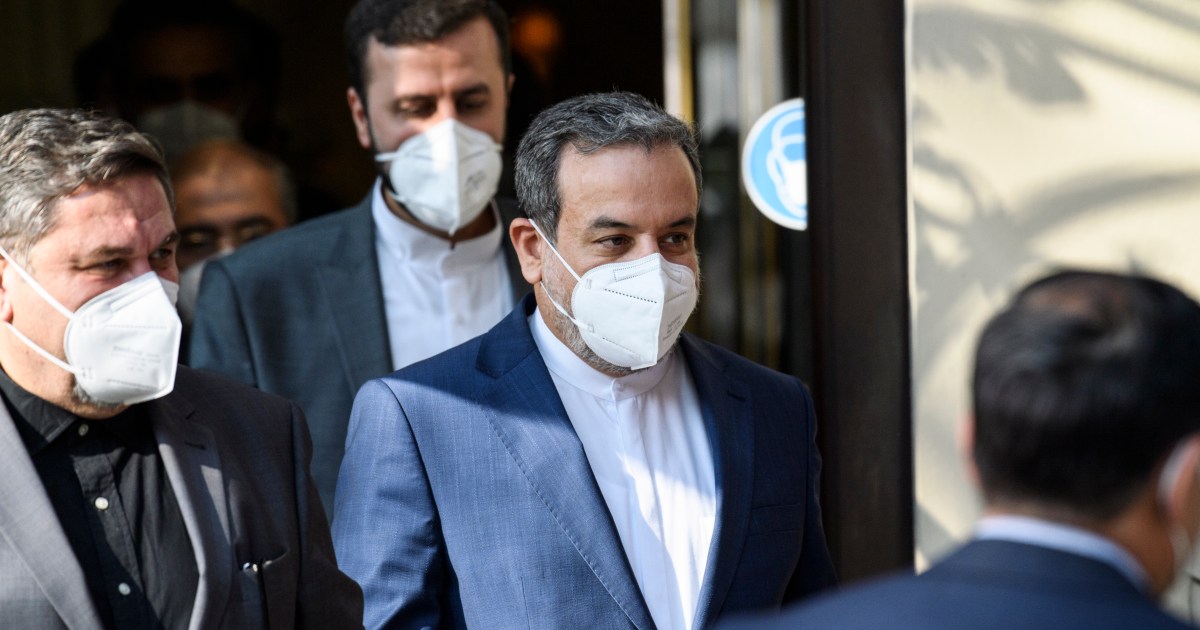 The chief Iranian negotiator, Abbas Araghchi, said that it is not possible to talk about a specific time to reach a final nuclear agreement in the Vienna negotiations, which will resume their fourth round on Friday, while a senior US State Department official said that an understanding could be reached within weeks on how to resume Washington and Tehran Their compliance with the Iran nuclear deal, but it depends on Iran making a political decision to do so.

The chief Iranian negotiator added - in the Vienna talks - that the sticking points in the talks are serious and fundamental, and there is no room for resolving them except with the continuation of the dialogue, stressing that the parties to the negotiations will agree on the road despite the obstacles.

Al-Jazeera's Vienna correspondent, Muhammad al-Baqali, said that the Iranian negotiating team led by Araghji has arrived in the Austrian capital, where the fourth round of negotiations on the Iranian nuclear file is supposed to be held on Friday, and according to sources, Araqchi will hold a meeting today with the Director General of the International Atomic Energy Agency, Raphael Grossi.

The hurdle of penalties

On the other hand, a senior US State Department official said today, Thursday - in a press statement over the phone - that Washington does not want to invent a new nuclear agreement with Iran, but rather wants to comply with and improve the existing agreement, adding that the last three rounds of Vienna talks - which began in early April / Last April - I outlined the most important steps to take to return to the nuclear deal.

According to the official himself, nothing has been agreed upon at this stage of the Vienna talks.

The official indicated that the parties to the agreement are not in the final stages of the ongoing talks, and said that gaps still exist between his country and Iran regarding reviving the agreement.

In addition to the nuclear file, the senior State Department official said that Washington wants to negotiate with Iran on issues such as ballistic missiles and de-escalation in the region.

Today, Russia's representative to international organizations in Vienna, Mikhail Ulyanov, said that this fourth round may be the last, and added - in a tweet - that if the need arises, negotiators may decide to take a new break to obtain more instructions from the capitals of their countries.

Yesterday, the American website Axios quoted a European diplomatic source as saying that one of the main disagreements in the Vienna talks is the fate of the new and advanced centrifuges that allow Tehran to enrich uranium more quickly.

The site added - in a report - that the Americans and Europeans agree that the time required to produce enough enriched uranium for a bomb must be at least a year.

Axios indicated - according to the same source - that any new agreement should determine whether Iran can continue to use the new centrifuges or if there is a need to remove them from the country, or stop working with them and storing them in Iran.

It is noteworthy that the Iranian nuclear agreement aims to prevent Tehran from developing nuclear weapons in exchange for canceling the US, European and UN sanctions imposed on Iran.