Myanmar ambassador locked out: "A coup in the middle of London"

Myanmar's ambassador to the UK has been expelled from the embassy building in London. Ambassador Kyaw Zwar Minn says he has been locked out and that the military attaché has taken control of the building in the name of the military junta. 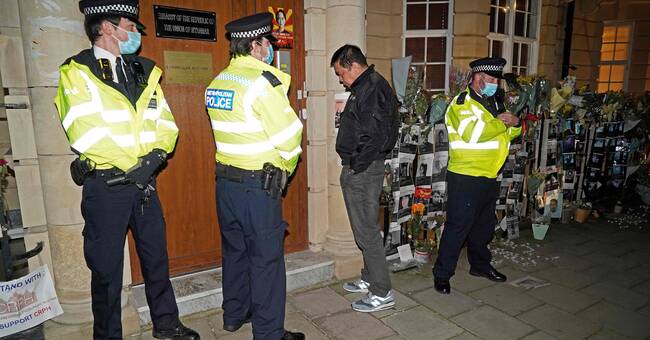 - It's like a kind of coup, in the middle of London.

I can see that they have occupied the building.

It's my building, I'm waiting outside and demanding to be allowed back in, he says by phone to Reuters.

In recent weeks, Kyaw Zwar Minn has become unfriendly with the military regime and demanded the release of the country's elected leader Aung San Suu Kyi.

The ambassador states that he has contacted the British Foreign Office.

Meanwhile, protests are taking place outside the embassy against the military junta's treatment of the civilian population.

Since the military coup on February 1, protesters have taken to the streets to protest.