Franco-Moroccan historian and human rights defender Maâti Monjib, on hunger strike for nineteen days, was released from prison Tuesday after three months in detention. He assures us that the accusations ... 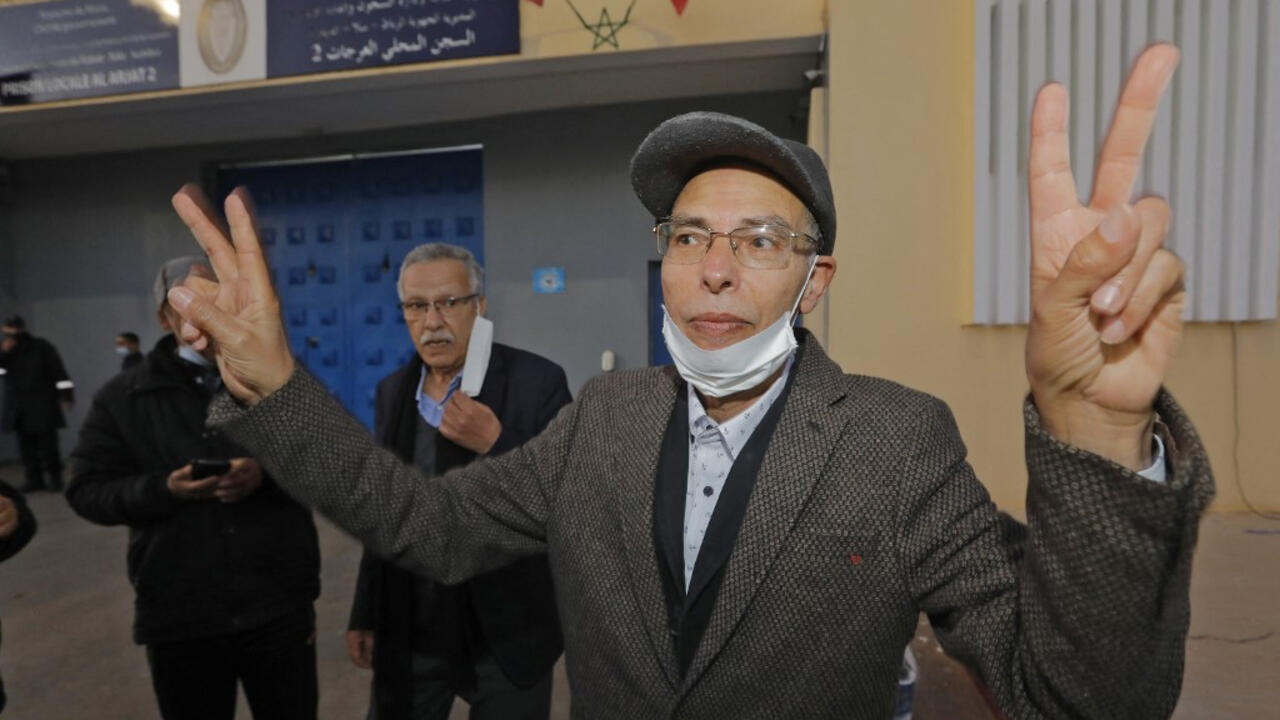 Visibly emaciated but happy, the 60-year-old intellectual Maâti Monjib was welcomed on Tuesday March 23 by his friends and supporters when he walked away from El Arjat prison, near Rabat, where he had been imprisoned after his arrest at the end of December, AFP noted.

"The accusations against me are fabricated by the political police (...) now that I enjoy provisional freedom, I will campaign for the release of other detainees", declared, combative, Maâti Monjib on his release from jail.

This activist, known in Morocco for his open criticism of power, denounced his "abusive" arrest since his arrest as part of a preliminary investigation for "money laundering".

At the same time, he was then sentenced to one year in prison on January 27 for "fraud" and "endangering state security" after a trial opened in 2015 and repeatedly postponed.

His lawyers and his support committee were indignant at this judgment, rendered in the absence of the accused and without summons to his defense.

Faced with criticism, the Moroccan authorities always put forward the independence of the judiciary and the conformity of procedures.

"The investigating judge decided to release him provisionally", announced earlier in the day the activist's lawyer, Me Mohamed Messaoudi, specifying that the health of his client was "good even if he lost 12 kilos ".

A complaint filed in Paris

The secretary general of the NGO Reporters Without Borders, Christophe Deloire, welcomed this release by calling "for the abandonment of all unfair prosecutions launched against journalists in Morocco".

THREAD We are so happy to learn of the release of @MMonjib, four days after the action taken by @RSF_inter in front of the Moroccan embassy in Paris.

The obvious unfairness of the proceedings and his state of health demanded him.

Many thanks to everyone who supported him pic.twitter.com/RnLtCjNjxI

"Maâti Monjib is finally free! His courage and international mobilization have paid off. Victory! (But let us remain vigilant, because it is not over)," Human Rights Watch tweeted.

"We continue to demand the abandonment of the iniquitous repressive treatment by the police against him and against all those prosecuted for crimes of opinion in the country", Moroccan activist Fouad Abdelmoumni told AFP, in front of the prison of El Arjat.

Almost two weeks ago, Maâti Monjib had a complaint filed in Paris for "moral harassment", "endangering the life of others" and "violation of individual liberty by persons exercising a public function" - this last point corresponds in French criminal law to arbitrary detention.

The historian "is one of the most emblematic critical voices of the Moroccan regime, denouncing in particular the seizure of the security services (...), which is akin to a real political police", had then underlined his French lawyers.

As a reminder, we had filed a complaint with @ BourdonWilliam2 in France, in particular for arbitrary detention.

"His morale is good"

His supporters in France and Morocco have repeatedly called for "the immediate release" of the "prisoner of conscience", worrying about the "effects, on his health and on his life, of (his) hunger strike".

Maâti Monjib suffers from heart problems and diabetes, medical problems he had mentioned on his Facebook page when announcing that he had been infected with the coronavirus.

"His morale is good," his lawyer said on Tuesday, hoping that his client "benefits from all the guarantees of a fair trial".

Maâti Monjib has always denied the facts with which he is accused, namely embezzlement in the management of a center he had created in particular to promote investigative journalism.

He said on Tuesday that his arrest was linked to a recent article on the "parallel state" which "targets" activists in Morocco.

He was tried and convicted along with six journalists and activists who received sentences of up to one year in prison.

Three of them left Morocco before obtaining political asylum in France and the Netherlands.

The intellectual began his hunger strike on March 4, demanding "his immediate release".

Last week, his wife Christiane Darde challenged French President Emmanuel Macron on his Twitter account: "His health is at stake. Please, act quickly for his release!" She wrote.