More than 19.1 million confirmed cases of new crown in the U.S. and EU countries start vaccination 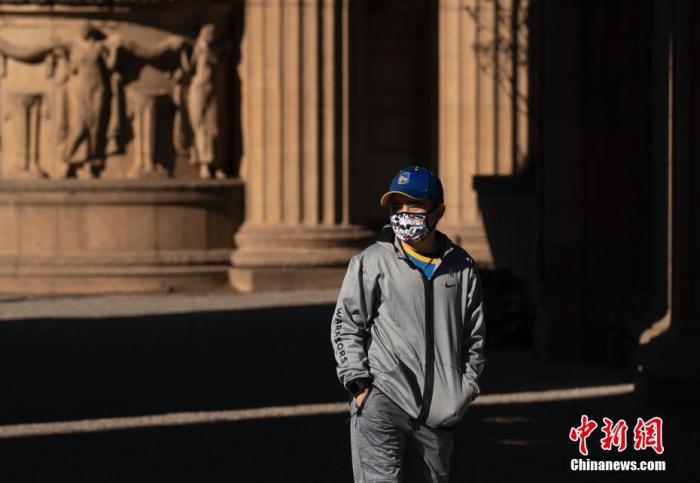 China News Agency, Beijing, December 28th. Comprehensive news: The latest data from the World Health Organization website shows that as of 14:22 on the 27th Central European Time (21:22 Beijing Time), the number of confirmed cases of new coronary pneumonia worldwide increased by 434,779 compared with the previous day. There were 79,232,555 cases in total; 7,393 new deaths, and 1,754,493 in total.

On December 27, local time, citizens of San Francisco, California, were relaxing at the Palace of Arts.

Americas: Over 19.1 million confirmed cases in the United States

According to statistics from Johns Hopkins University in the United States, as of 20:22 on the 27th, Eastern time (9:22 on the 28th, Beijing time), the number of confirmed cases of new coronary pneumonia in the United States exceeded 19.1 million, reaching 19,111,443 cases, including deaths There are 333,069 cases.

According to a report by CNN on the 27th, December was the most "deadly" month since the outbreak in the country, with more than 63,000 deaths due to the new crown virus in the past 26 days.

There were 36,964 deaths from the new crown in the United States in November.

Brazilian Health Minister Pazulo said on the 27th that Brazil is expected to begin mass vaccination of the new crown vaccine in February next year, among which groups such as medical staff and the elderly will be given priority.

In Palermo, Italy, people are vaccinated against the new crown in hospitals.

The first batch of vaccines were jointly developed by Pfizer Pharmaceuticals Co., Ltd. of the United States and the German Biotech Company.

On the same day, German vaccination centers in the capital Berlin and all states across the country initiated vaccination for the first group of people.

German Interior Minister Seehofer called for consideration of extending the current "hard lockdown" measures beyond January 10 next year, and even considering additional epidemic prevention measures under certain conditions to avoid the third wave of outbreaks.

France launched vaccination on the same day in two locations: the Long-Term Care Department of René-Mure Hospital in Sevran, Greater Paris, and an elderly care facility in Dijon, a city in eastern France.

French Minister of Health Vilan said on the same day that the pressure on the health system is still great, the pressure on the intensive care unit has not been relieved, and the incidence of the elderly population in many areas of western France is rising, and the situation is worrying.

He said that if the epidemic continues to worsen, "necessary measures" will be taken to curb the spread of the virus.

As of that day, the total number of confirmed cases in France exceeded 2.55 million.

Italian Prime Minister Conte said on social media that day, “Today is the day of vaccination, and we will always remember this day. We first vaccinate the medical staff and the most vulnerable people, and then vaccinate everyone. This will enable people to gain access. Immunity and decisively defeat this virus." The cumulative number of confirmed new crowns in Italy currently exceeds 2.04 million.

On the same day, a 96-year-old man living in a nursing home in Spain became the country's first new crown vaccination.

The Spanish government stated that a certain amount of vaccine will be fairly distributed to the major autonomous regions every week. It is expected that in the next 12 weeks, nearly 2 million people across the country will receive the new crown vaccine.

As of that day, Spain has confirmed more than 1.85 million cases.

South Korea’s Central Anti-epidemic Measures Headquarters stated on the 28th that a mutant new coronavirus has been detected from samples taken from three people entering the United Kingdom.

This is the first time that South Korea has reported a case of mutated new coronavirus infection.

The above three returned to South Korea from London, England on the 22nd.

In addition, a family of 4 people who returned from the UK on the 8th of last month and the 13th of this month were also diagnosed with the new crown. One of them was diagnosed after the death of a man in his 80s. The epidemic prevention department is performing whole-genome sequencing on his samples to confirm whether Infected with mutant virus.

The picture shows people waiting for testing outside the temporary screening station near the subway station of Gangnam Samseong Station in Seoul.

According to data released by the Israeli Ministry of Health on the 27th, there were 2084 new confirmed cases of new crown in the country that day, with a total of more than 400,000 confirmed cases, reaching 40,099; 19 new deaths and a total of 3,222 deaths.

At 17:00 that day, Israel began to implement the third nationwide "city closure" measure.

The first batch of 15,600 vaccines arrived in the capital Muscat on the 24th, and the second batch of 28,000 vaccines will arrive in Oman before the end of January 2021.

The vaccinated person needs two injections with an interval of 21 days.

Africa: The number of confirmed cases in South Africa exceeds one million

South African Health Minister Zweli Mukez said on the evening of the 27th that the country's cumulative number of confirmed cases of new crown has exceeded one million.

Mukez called on the South African people to take measures such as wearing masks and maintaining social distancing to slow down the spread of the new crown virus.

The latest epidemic data released by the African Centers for Disease Control and Prevention shows that as of 5 o'clock on the 27th Eastern Africa time (10 o'clock Beijing time), a total of 2,644,112 confirmed cases in the region, including 62,366 deaths.